Topology were to perform a water-themed show for QAGOMA’s Water Up Late, including original compositions by John Babbage; collaborations with theatre, dance and film; and the World Premiere of Drought Stories Texas.

Since the event at QAGOMA has been cancelled, Topology have said they will record their new compositions on Friday instead of performing.

Topology will tour extensively throughout regional Queensland in 2020, taking their musical education program, Top Up, to support these communities.

The Creative Issue had a chat to John Babbage – founder, principal artist, virtuoso musician, composer – ahead of the recording and tour. 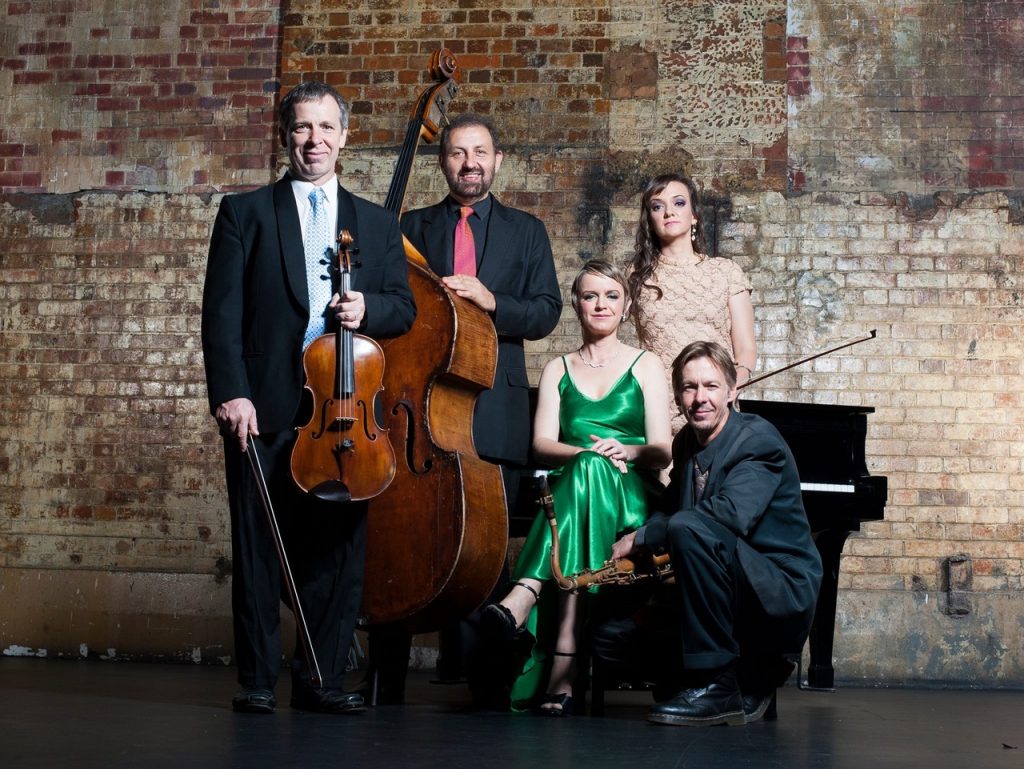 TCI: What inspired you to write the first chapter of Drought Stories- Texas?

John Babbage: We were meant to be playing for GOMA, Water Up Late. They approached us and asked if we had anything to perform relating to water. We had a piece called Ocean’s Skin, with an American contemporary dance group, which we have performed in the Whale Mall at GOMA.

We’d also done, few years ago, a video with Brisbane author, Trent Dalton, called Love Stories. We interviewed homeless people in the Valley on what their view of love was, and then used this to create an original soundtrack.

So, Drought Stories stemmed from that. We thought, how can we relate Water to the current situation. I do a lot of travel out in Western Queensland and they’re suffering heaps from lack of water, so that’s how that idea came about.

TCI: Do you enjoy collaborating with other artforms like theatre and dance and balancing this with your compositions?

JB: Definitely. It keeps you on your toes. You can sometimes write a similar style to what you like. Working with, say, an Indonesian singer or and Indian theatre company, really forces you to write differently. It can be difficult to balance interests, but usually everyone is in a collaborative sense and pretty malleable.

TCI: What was a highlight from starting a band in 1997, to producing 15 albums, to concerts and touring?

JB: From pretty humble beginnings in ‘97, I would definitely say a highlight for me was we got to perform over in New York in the Lincoln Centre. It’s probably one of the most prestigious venues in the world, and we did about ten shows there with another Queensland company, the Dead Puppets Society. We performed a show called Argus. All their puppets were made just from their hands, and we performed an original soundtrack.

TCI: Have you seen the Brisbane music scene develop and change during this time?

JB: Definitely. I moved up here in 1985 to study jazz at the Conservatorium. There was a lot of live music in clubs, and quite sizeable bands too. I was in an eight-piece band, and we worked four nights a week. It has definitely cut back since then. There is still the live music, of course, but it’s on a smaller scale now. I’ve always found in Brisbane that everyone knows each other, and they’re really open to work together. 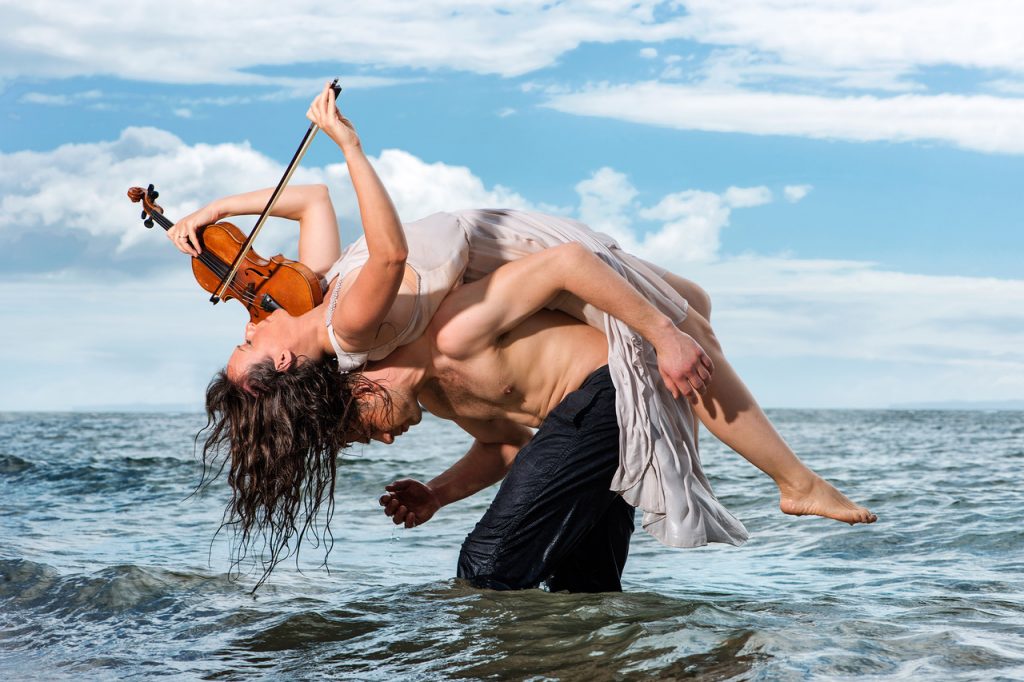 TCI: Where do you find inspiration for your compositions?

JB: Let’s see. It varies. Sometimes, being time-poor forces you to write. I like geometry and maths and patterns, things like that. Topology, the name, is a strand of geometry, of which the definition is: the properties of the object remain the same whether they’re stretched or bent. So, I guess, our music is a little bit like that, you don’t hear the obvious bits first. It’s like those Maurits Escher drawings, they’re very geometrical, like a waterfall that keeps descending but it joins back up to itself.

TCI: What do you enjoy in experimentation and improvisation?

JB: With my jazz background, there’s a lot of improvisation in that. One of our albums, Ten Hands, came about totally like that. We would improvise together as a group, play for about fifteen minutes, then record that. Then, we’d each take a little chunk away, pick out what we liked from that, and write a bit of music. We’d bring it back to the band and improvise on that. Eventually, it turned into a one-hour piece of music. I guess it’s like a rock band jamming in their garage. It’s spontaneity, and not knowing what you’re going to come up with which is what I really like.

TCI: You are touring regionally and nationally this year with your TOP UP education program. What are you hoping to achieve in these communities?

JB: I’ve been lucky enough that it’s been my full-time job for nearly two years. So, having funding from various organisations helps that. We think it’s really important to go back to those towns and communities, rather than to just turn up, do your show and workshop, then leave.

I’ve been up to Longreach three times already this year, writing music with students and community members. Building up that relationship is so important. I know the kids really appreciate us coming back. They’re more open then, sharing ideas with us. They say, ‘Hey John, listen to what I wrote while you were away’. Seeing and hearing that development is wonderful. 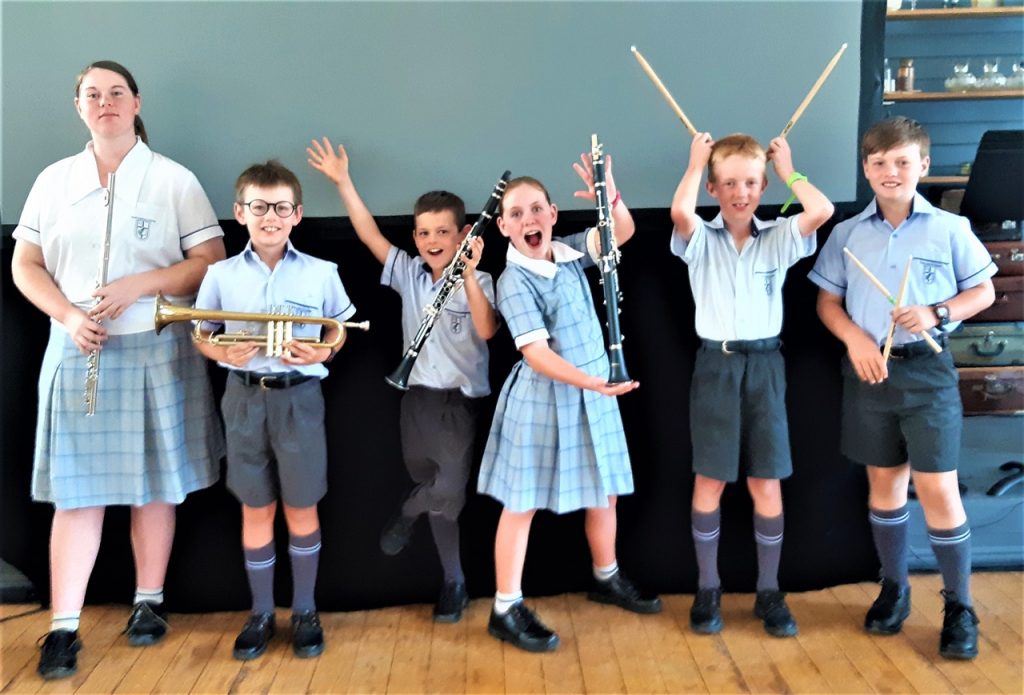 TCI: Have you seen the TOP UP program grow in its 21 years?

JB: For sure, yeah. We’ve always done workshops for schools, and in art galleries for the community, but it has really expanded now. We’ve been running a Creative Boot Camp in Brisbane for the last fifteen years. It’s a four-day intensive music camp, where students come in with nothing, and, by the end of it, they’ve got a video or recording of their original piece. We’ve moved that now out to Longreach, last year and again this year. We’re also going to Texas, to do a similar one. Hopefully, it’ll just keep expanding. 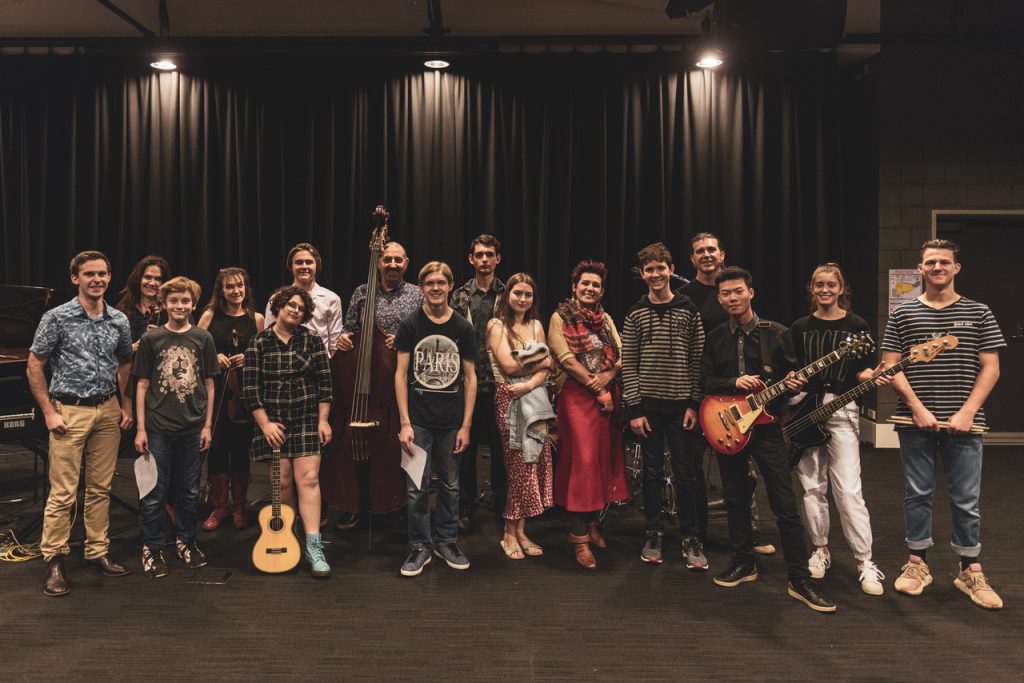 TCI: In TOP UP, what areas of music do you focus on developing?

JB: It can be in composition, song writing, writing for film, instrumental music. I guess my process of composing is to improvise and record what I do. Then, I listen back to it and go, right, 98% of that was junk, but I liked those few chords I played or that rhythm. Then, I take that and work on it for my idea. So, I think a big part of it is just brainstorming, not judging ideas, just getting it out there, then listening back to it and being judgemental then.

TCI: Why do you think it is valuable to take this program to rural communities?

JB: Many of the schools have just one teacher who has to teach visual arts, drama, music, and they’ve got like a term each of that. Some of them know nothing about music, really. Sure, they can stick to the curriculum and teach it and learn it. We’re just there to help them out.

TCI: Do you have a plan for writing the remaining six chapters of Drought Stories while on tour?

JB: Sort-of. It’s all money dependent at the moment. We’ve made a lot of contacts in regional towns. Now we just need to set up through the local council to get recommendations on people who we can go and interview or who are willing to talk and share their stories. So, that would be the next process. We’re going to Stanthorpe; we’ve worked up there with communities and schools before. Also, Longreach, and anywhere else that will have us. 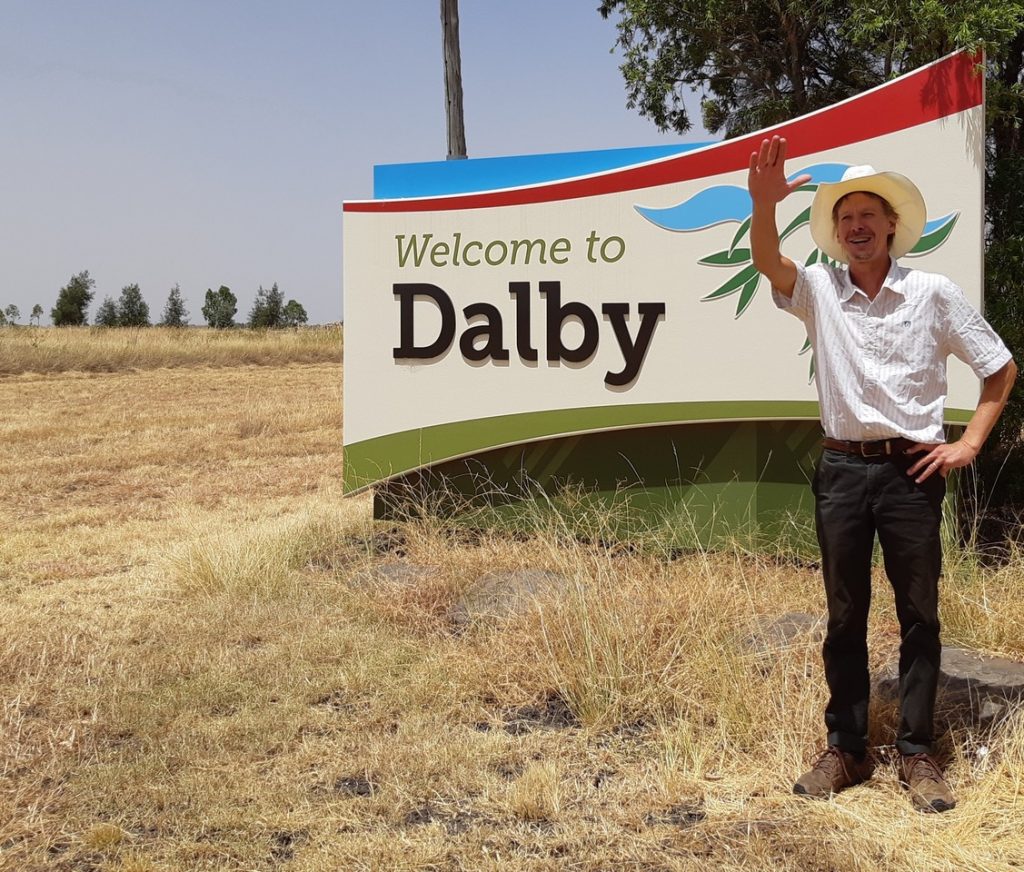 TCI: Do you think telling these stories helps the communities to recover?

JB: I think so. When I was out filming in Texas, we found the farmers and community just want people to know. Not to feel sorry for them or anything, but to share what they’re going through. We asked a lot of people, how would they explain to people who live in the city, what they’re going through. One that stuck with me was, ‘Imagine, you go to your office to work, sometimes six, sometimes seven days a week, do that for a couple of years, and not get paid.’

TCI: What else have you got coming up this year?

JB: Well, it was a shame not to play for GOMA. We really rushed to have the program and the World Premiere ready. Now that we’ve got more time, we’re actually going to be recording Drought Stories Texas on this Friday. We’re also recording another piece, by our bass player, Robert Davidson, called Crystal Clear. It’s based off the speech by Greta Thunberg at the UN, so Robert uses her voice to actually come up with the melodies.

TCI: Do you know when your next performance will be?

JB: We’ve got a fair bit of travel coming up, out to Dalby, to work with schools out there, for the Delicious and Delightful festival they have later in the year. Then, back to Longreach again. I guess that will be our next Topology performance, out at the Qantas Founders Museum, in Longreach. The students I’ve been working with over the last few months are going to be performing their original pieces with us. So that’s our next performance, if you happen to be out that way.