Short film producers fear not, you still have time to enter this yearâ€™s Tropfest.

Tropfest is the worldâ€™s largest short film festival, not to mention the most prestigious.

The original closing date was 10 October, however due to the change of date and venue the organisers wanted to give producers just a little extra time. 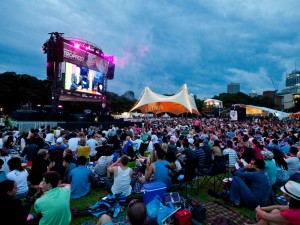 The new closing date is 17 October, so get cracking! Or should I say filmingâ€¦

Entries can be submitted from Australian or International filmmakers of every experience level, however all films must feature this yearâ€™s theme, change.

The actual Tropfest event will be held on 8 December (thatâ€™s right this will be the second Tropfest for 2013)!

The event is hosted at Sydneyâ€™s Centennial Park, with live satellite links to locations in cities including, Melbourne, Canberra, Perth, Hobart, Adelaide, Surfers Paradise and Brisbane.

On average the event attracts a live national audience of 150 000 people (on a single night!) so donâ€™t miss your chance to have your film played to a mass audience.

16 finalists are selected from an average of 700 entries and these competitors will battle it out for more than $100 000 in prizes.

But if filmmaking isnâ€™t your thing, maybe youâ€™re more into watching films (like me) there is good news because Tropfest is free to attend! 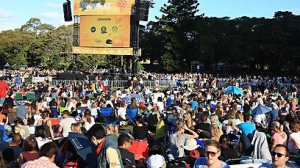 In each city there is an outdoor celebration, including live music, entertainment, public catering, bars, red carpet arrivals and of course the highly anticipated film screenings followed by the awards ceremony.

So whether youâ€™re into making films or watching films, Tropfest has something to offer.

Where: Centennial Park, Sydney (broadcasted live to other capital cities)

What’s Next For Breaking Bad Fans?