A True War Story: The Siege of Jadotville

An incredible story of war, valour and demoralizing politics, The Siege of Jadotville depicts the frantic action of combat under impossible circumstances.

In his debut film, director Richie Smyth takes us into the midst of war and conflict in the newly independent Republic of the Congo. Based on true events, the Netflix Original film, tells historyâ€™s lesser-known battle between 150 Irish soldiers and 3000 mercenaries in 1961, during the Congo Civil War.

Deployed as a part of the United Nationsâ€™ first peacekeeping mission, the Irish troops, led by Commandant Pat Quinlan (Jamie Dornan), are sent to the dusty bounds of Jadotville. Yet, political manoeuvring made by U.N Official, Connor Cruise Oâ€™Brien (Mark Strong) leaves the men a target of rival forces. Under siege and without any reinforcements, the soldiers, who have never seen military action, are forced to fight in an unwinnable battle. 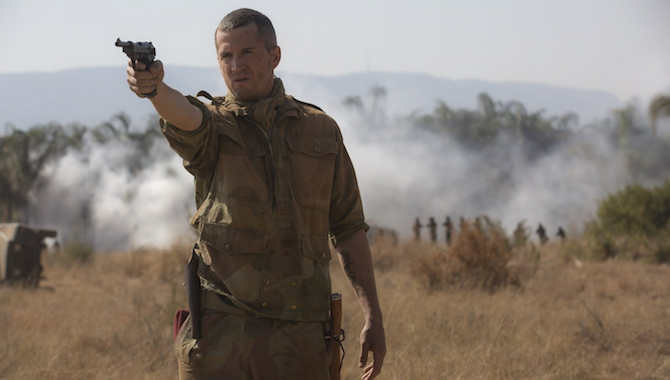 Dornan radiates valour and dignity as commanding officer Quinlan, a man versed in theoretical warfare but has no on the ground experience. Strong does well as Oâ€™Brien who scrambles to control all the moving pieces, then deals in duplicity in order to conceal his own botched attempts at diplomacy. Strongâ€™s performance may have been strengthened if the script afforded his character more scope.

The writing is a little stale and short on substance, however the clichÃ©d dialogue could be reminiscent of the time or at least, the writer’s attempt to capture the speech of the time. The filmâ€™s ending splinters in tone when the story is all too quickly and disappointingly tied up with voiceover narration.

Smythâ€™s most marked achievement is his rendering of action. Each shot in the battlefield is exercised skilfully, and the quick sharp sequences of war are measured, ensuring audiences feel the mayhem but are not lost in it.

The Siege of Jadotviille is available on Netflix.