A musical adaptation of Elmer Rice’s 1923 play of the same name,Â Adding Machine: A MusicalÂ tells the tale of Mr Zero, who after 25 years at his job, is replaced by a mechanical adding machine. Mr Zero snaps and murders his boss, he is then executed by electric chair and the musical follows his journey into the afterlife.

Adding Machine: A Musical has won a slew of international awards and is now being performed in Australia for the first time ever by the innovative and daring Brisbane theatre company, Underground Productions. 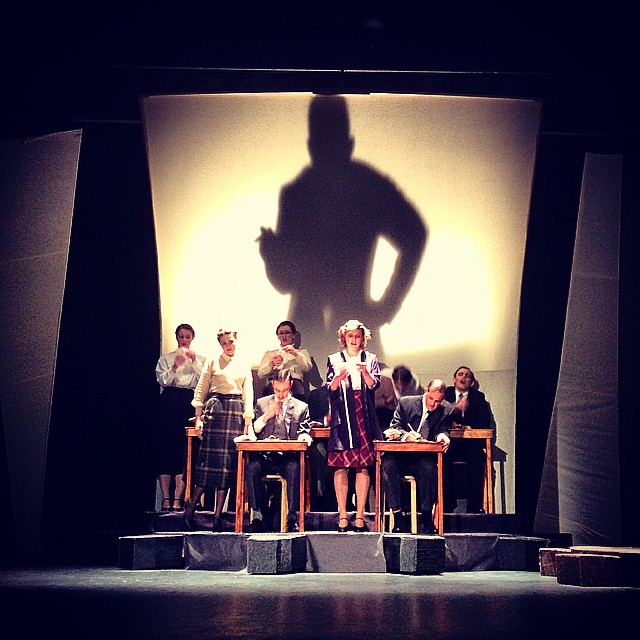 The music, lyrics and themes within the play itself are poignant and inherently melancholy, however they are conveyed with a dry-wit that makes this play stick in the back of your mind like some kind of imminent realisation.

Underground Productions’ take on this bold piece of performance is brilliantly executed and incorporates heavily stylised staging and costuming as well as crisp musical direction and choreography that is bound to satisfy your latent OCD tendencies.

Chris Kellett, who has appeared in productions by Oscar Theatre Company and Harvest Rain, takes the lead role of Mr Zero and does an outstanding job. His vocals are delivered with such emotional intensity and his devotion to the physicality of his character is so thorough that you can’t help but be drawn into the internal struggle of Mr Zero.

The stand-out role, however has got to be Gabriella Flowers who plays Mrs Zero. Her vocals are absolutely breathtaking and she gives a flawless performance as Mrs Zero who brings a wry comic wit to the whole musical.

Underground Productions’Â Adding Machine: A Musical is a masterfully constructed performance that embodies all there is to love about amateur theatre.

This one is totally worth getting off the couch for. It gets 25/25 stars (If you’ve seen the musical, you’ll get this reference, trust me).

Where: Schonell Theatre at The University of Queensland

What To Wear: The Concert Season