On Saturday night Undress Runways hosted its largest show yet – 22 sustainable designers were invited to prove to Brisbane how fast fashion can become a thing of the past.

Tom Ford said that â€œfashion needs to change when life changesâ€ -Â  in other words, fashion changes when the world changes. It would be easy to believe that world hasnâ€™t changed all that much in the past 10 years. However, as mass clothing production continues to pollute the environment and support sweatshop labor it appears that fashion does indeed need to change.

The thematic decor of the show was “man versus nature” with the concrete of warehouse juxtaposed against the ferns fashioned on the models. Large transparent ball balls hung above, symbolising the earth. The night was sponsored by BMWâ€™s new electric car the BMW I, with VIP guests receiving gift bags courtesy of the sponsors. 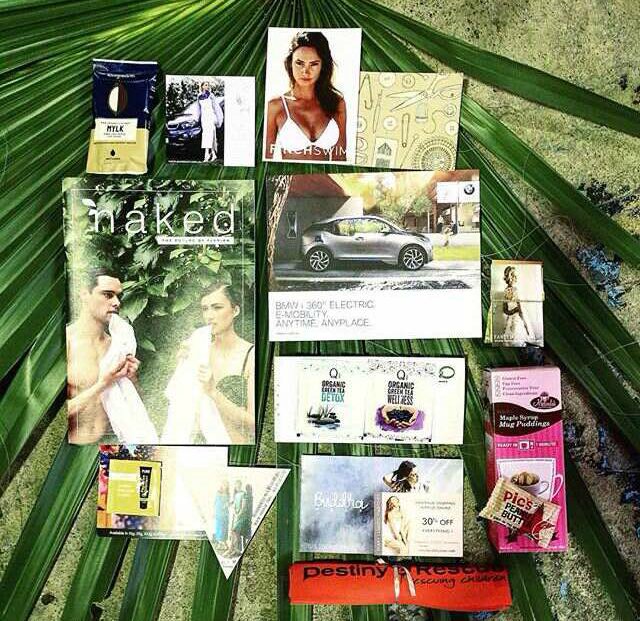 The event was run by Edda Harmer, who has in change of the production for five years. â€œIâ€™m really impressed with the standard of the fashion improving this year. Itâ€™s amazing to see sustainable designers adapting in the amazing aesthetic in their fashion in their collections,” said Edda.

The night had many talented designers, with The Creative Issue being lucky enough to chat to a special few.

Prophetik by American designer Jeff Garner was one of the most jaw-dropping labels of the night.Nostalgia radiated from every hoop skirt, tail coat and metal corset with Garner drawing inspiration from a multitude of eras. Garner referenced to the medieval with metal caged-corsets and breast plates which rested on Victorian inspired corset gowns that swept across the floor.

â€œI wanted the soft and the hard together,â€ said Garner as he explained the odd pairing. 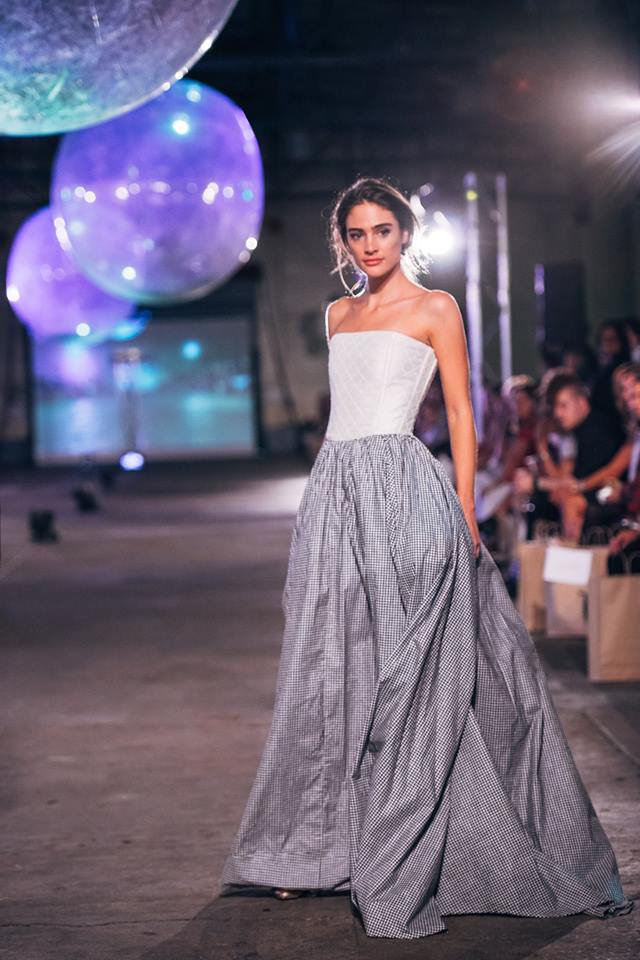 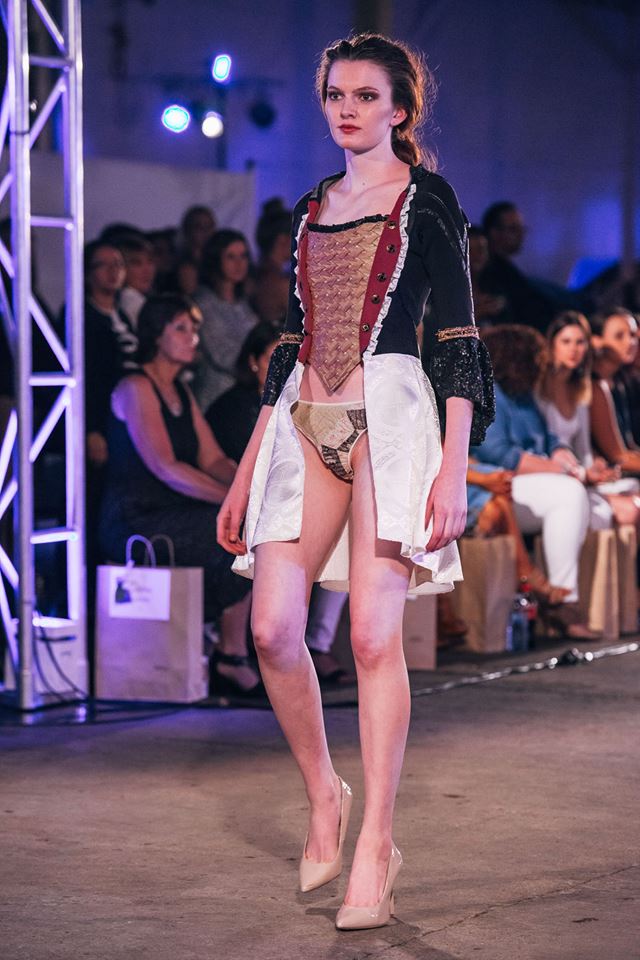 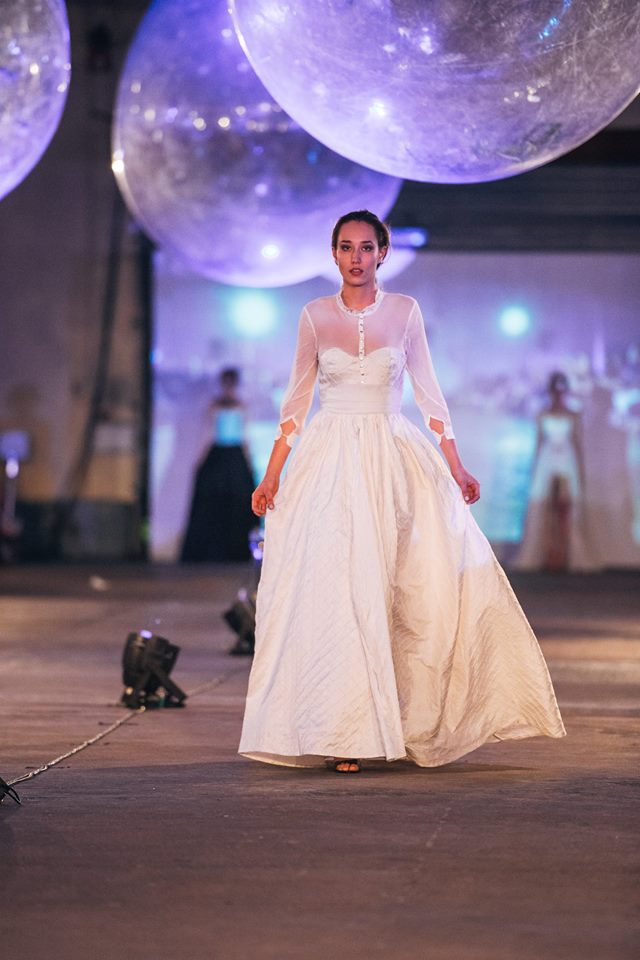 Garner said he has a bit of a soft spot for vintage designs. â€œItâ€™s romantic obviously – I like a woman to be a lady and for the gentleman to have that kind of inspiration as well.â€

Garner’s love for the romantic was certainly shared by the audience as they oohed and ahhed as the handsome male models strutted down the runway wearing their 19th century inspired tail coats-looking very Mr. Darcy. 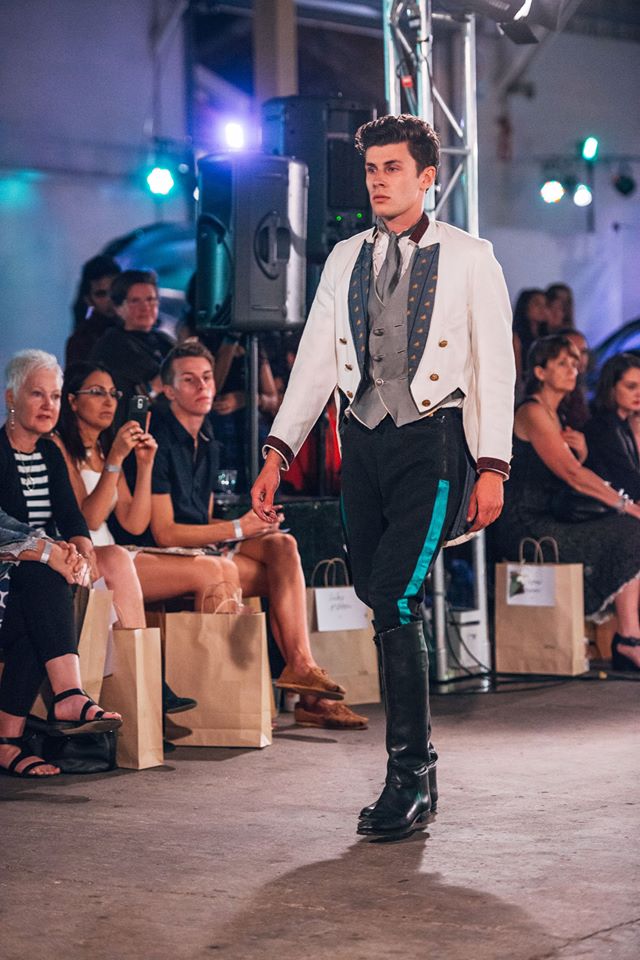 â€œThe seersucker fabric came to me when I ran across some of my grandmother’s old fabric in her sewing room, and she also had some gingham fabric and thatâ€™s always what we used to wearâ€¦because it allows the air flow, itâ€™s really lightweight in the summer time in the humid south.â€ 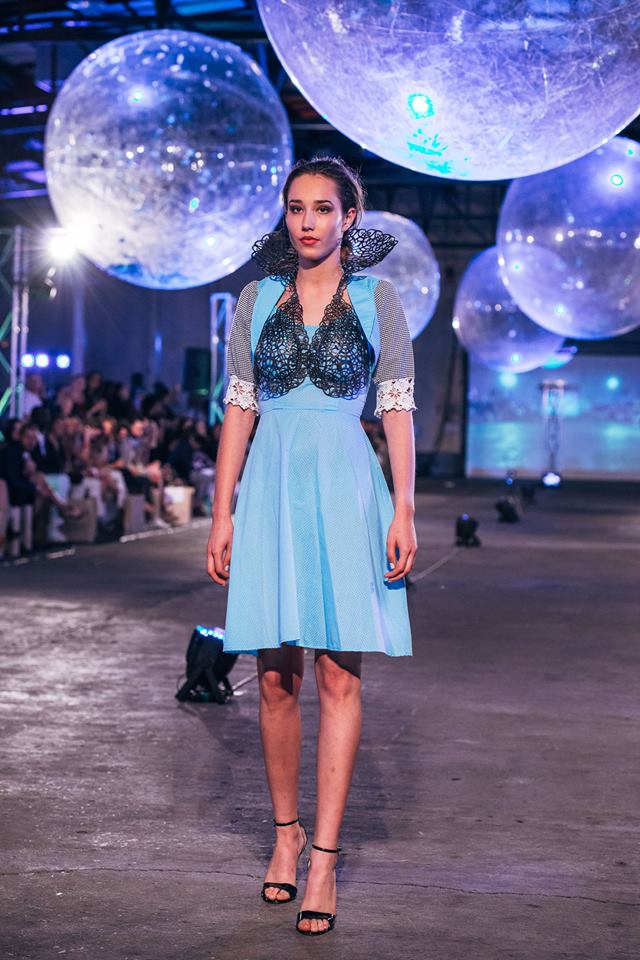 Garner said he chose to showcase in Australia because he wanted to inspire other designers to become sustainable.

â€œI wanted to do different market places, so we did Paris two seasons ago and we did London last season so we want to do Australia this seasonâ€

â€œit show cases what we can do with sustainable fabrics and plant-based dyes.â€

Alice Veivers, a twenty-three year old Gold Coast girl is bringing retro back and we like it. Each look had some element of the 60s or 70s. Knee length circle skirts were a common theme as well as nipped waists and hour glass silhouettes. The collection also show cased some 1950s inspired bikinis with high waists and pastel pinks. 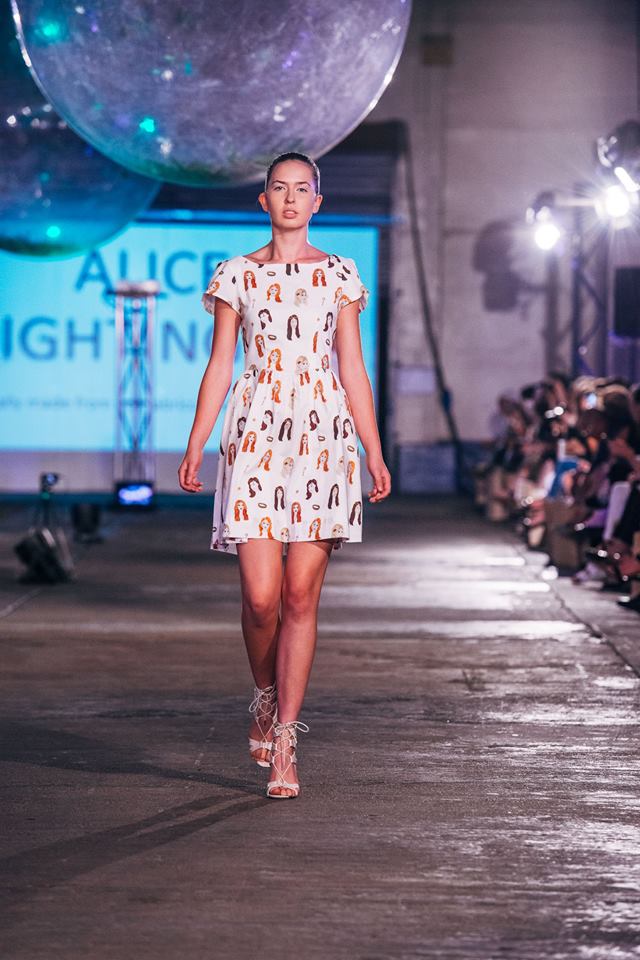 â€œThe vintage look seems to be the aesthetic that goes down well with my customers – Iâ€™m making it more and more Australian and Queenland,â€ said Veivers. 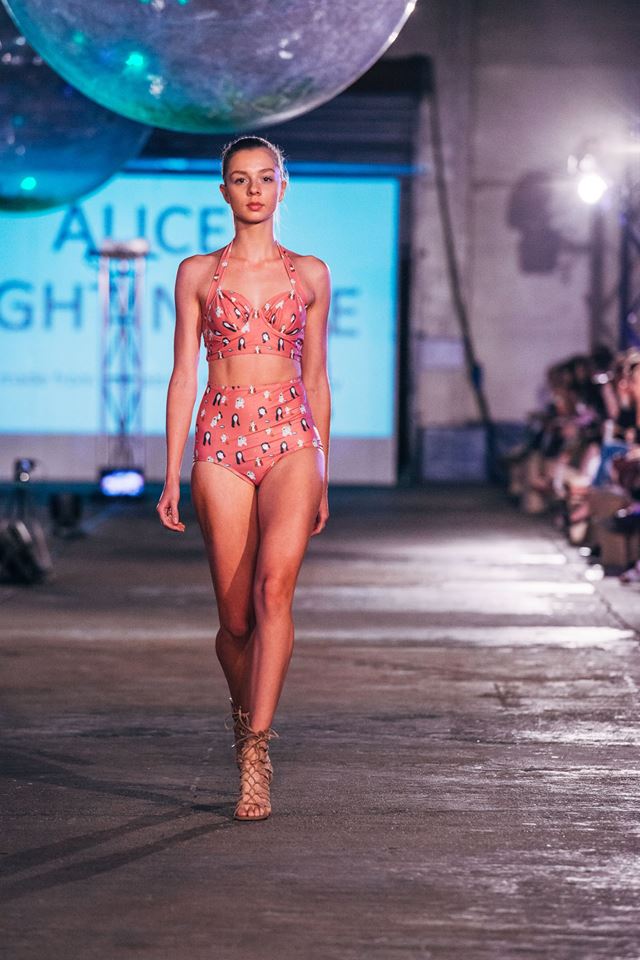 Veivers has called her new collection the Sunshine State. â€œIt didnâ€™t used to be as bright and I used to use a lot of navy and mustard, but this summer I used bright coloursâ€.

She tries to cut down on her waste by only making a small number of each design. â€œI do all my pattern making and make that last a whole 6-9 months, whereas a lot of designers are constantly pattern makingâ€. 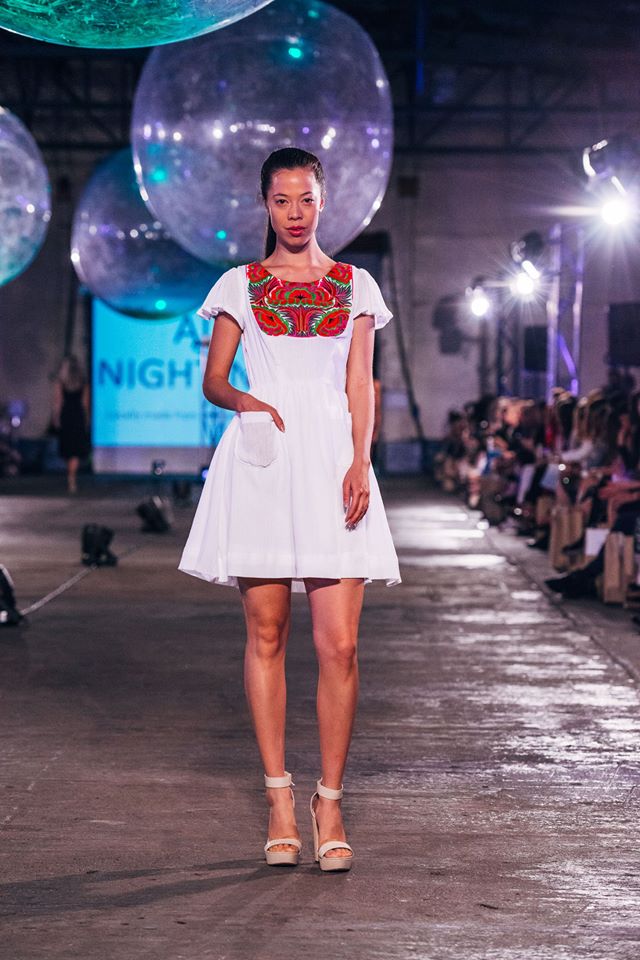 The Great Beyond is the creation of designer Nick Azar and his partner Aicha Robertson who works as the brand manager. 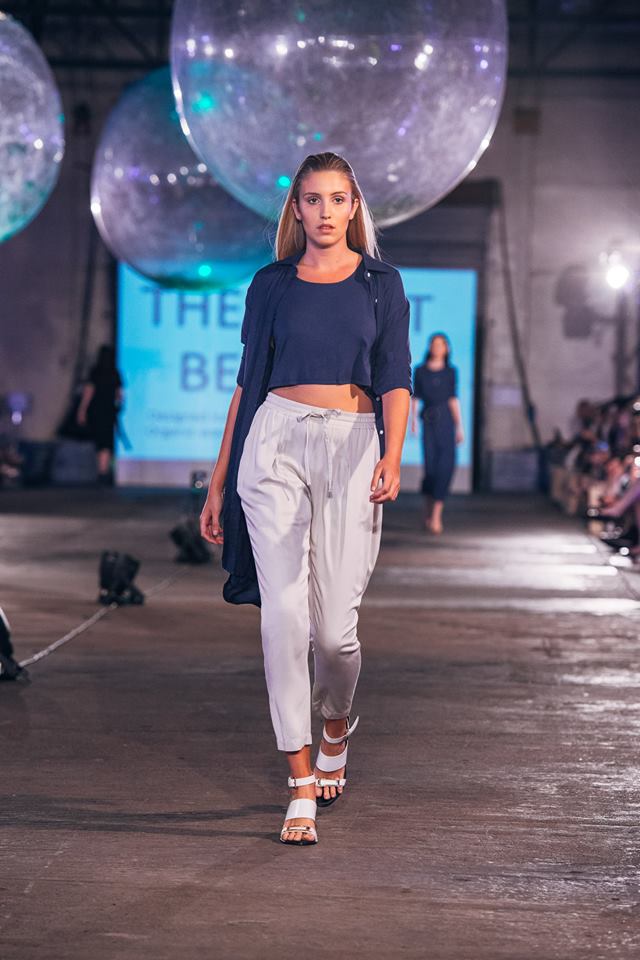 With the Great Beyond’s, second collection itâ€™s all about simple designs made from quality fabric. The colors vary between light stone and oxford blue in addition to whites and blacks. The collection’s boyfriend button up shirt was Azarâ€™s favorite piece this season.

â€œThe button-up dress shirt has always been one of my favorite styles, so I wanted to get that right. I added pockets just to make it more wearable and comfortable,â€ said Azar. 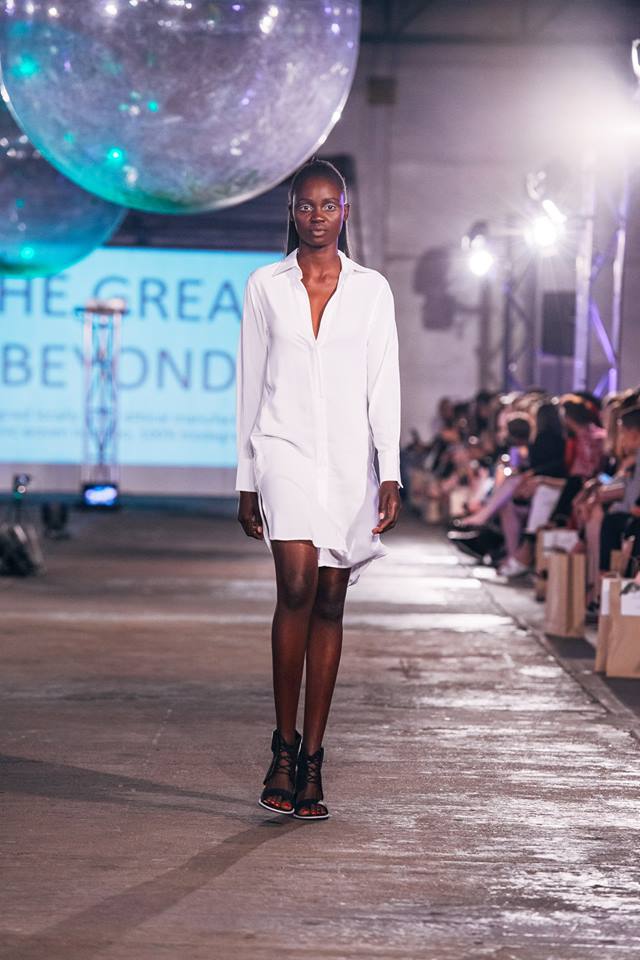 The entire collection is made from bamboo textile. The pair chose this material due to its low irrigation requirement and its ability to grow efficiently without pesticides.

â€œWe got some exclusive fabrics made just for us because we use bamboo, so we wanted to use woven bamboo fabric as opposed to knits that are commonly available.” 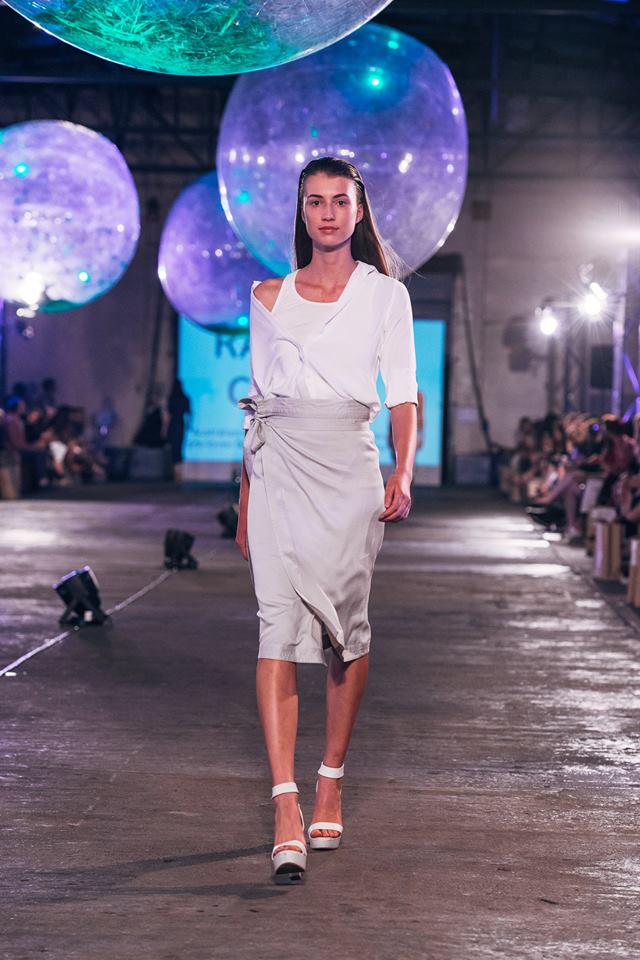 Undress Runways is showing two more shows in Sydney and Melbourne this month. Tickets can be bought online at www.undressrunways.com.