Up Close With QLD's Best in Music at the QMA's 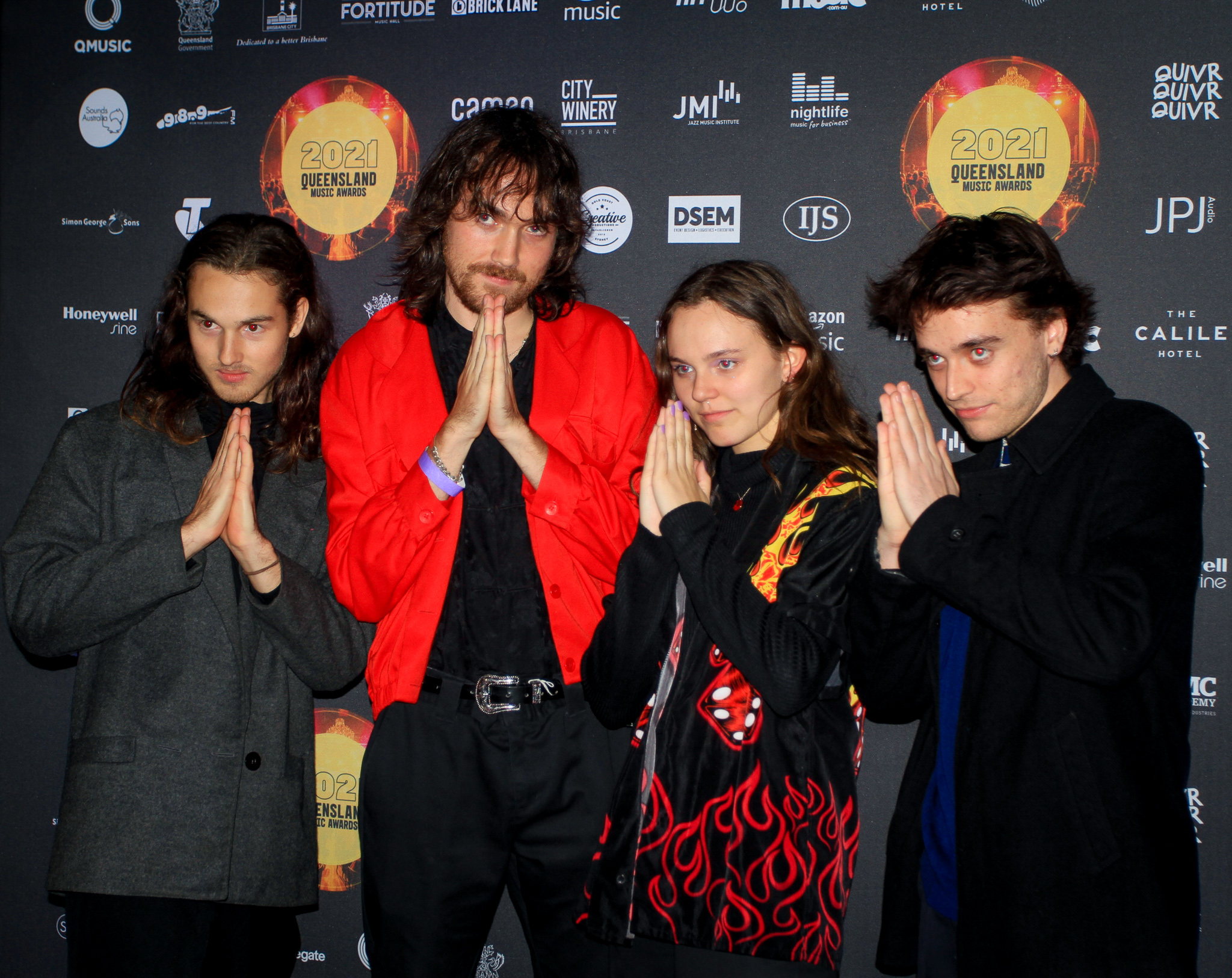 The QMA’s red carpet was littered with some of the best in Aussie music including DZ Deathrays, the Jungle Giants, Hope D, Eves Karydas, Cub Sport and Sheppard.

Nominated for best ‘heavy’ track with their single ‘Fired Up’, DZ Deathray’s said they were stoked to be recognised for a song that took so long to perfect.

Shane Parsons (lead guitarist, DZ Deathrays): “‘Fired Up’ took years. Because we kept changing the key of the song, there’s always a couple of those songs on each record where we ended up moving the key around to end up back where we pretty much started. That one we ended up going about three or four versions before we got it where it needed to be.” 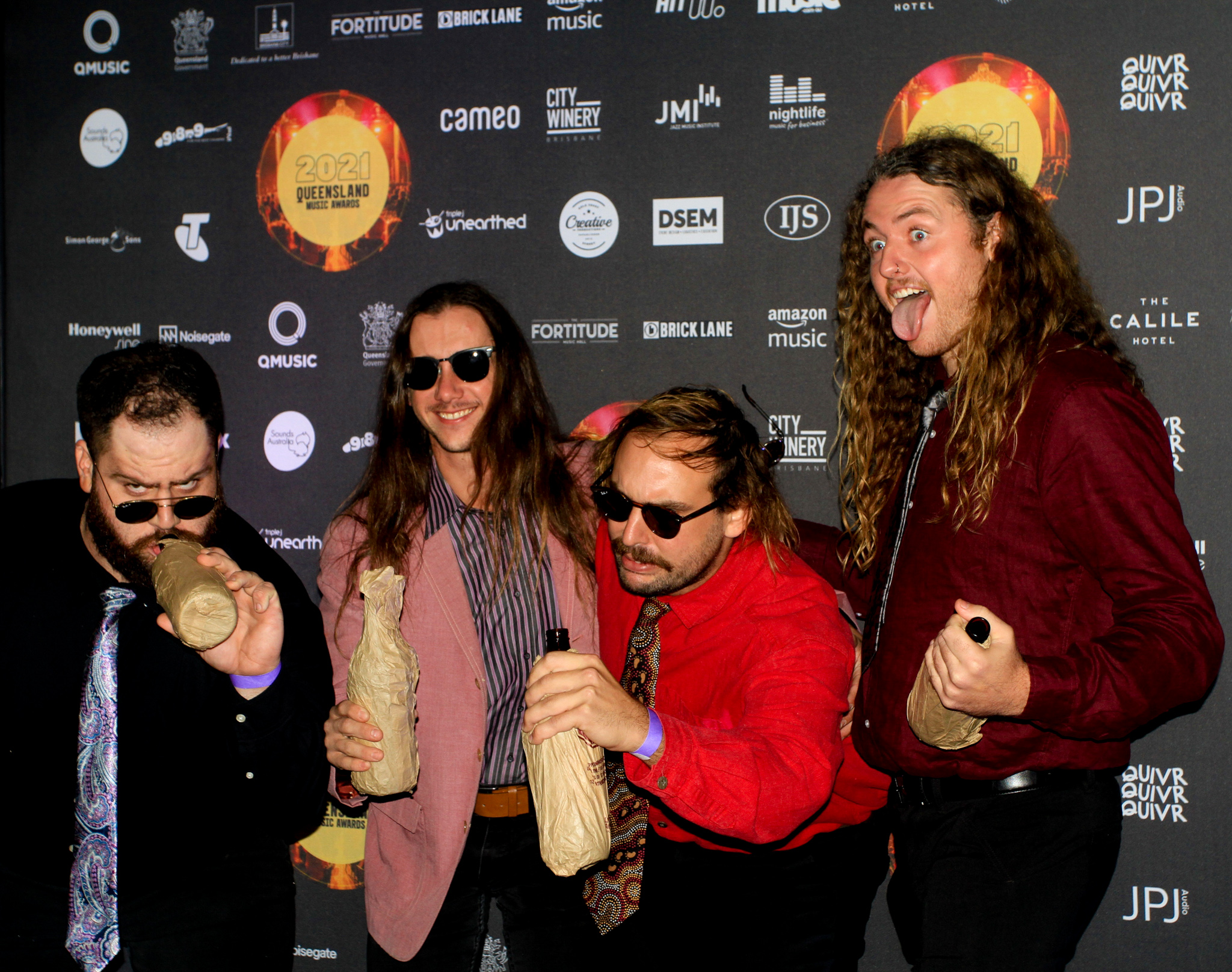 School mates turned band members, Beddy Rays said that to be nominated for a QMA was a far cry from the “participation awards” and “maccas vouchers” they were used to winning as kids.

Beddy Rays: “It’s incredible to be nominated for the Indigenous award. It is awesome for the mob back at home. We weren’t that crash hot at sport or anything, we didn’t get too many awards during school or at the footy club. Probably some participation awards, couple defaults. To even get nominated for something like this is just insane for us, it’s an honour.” 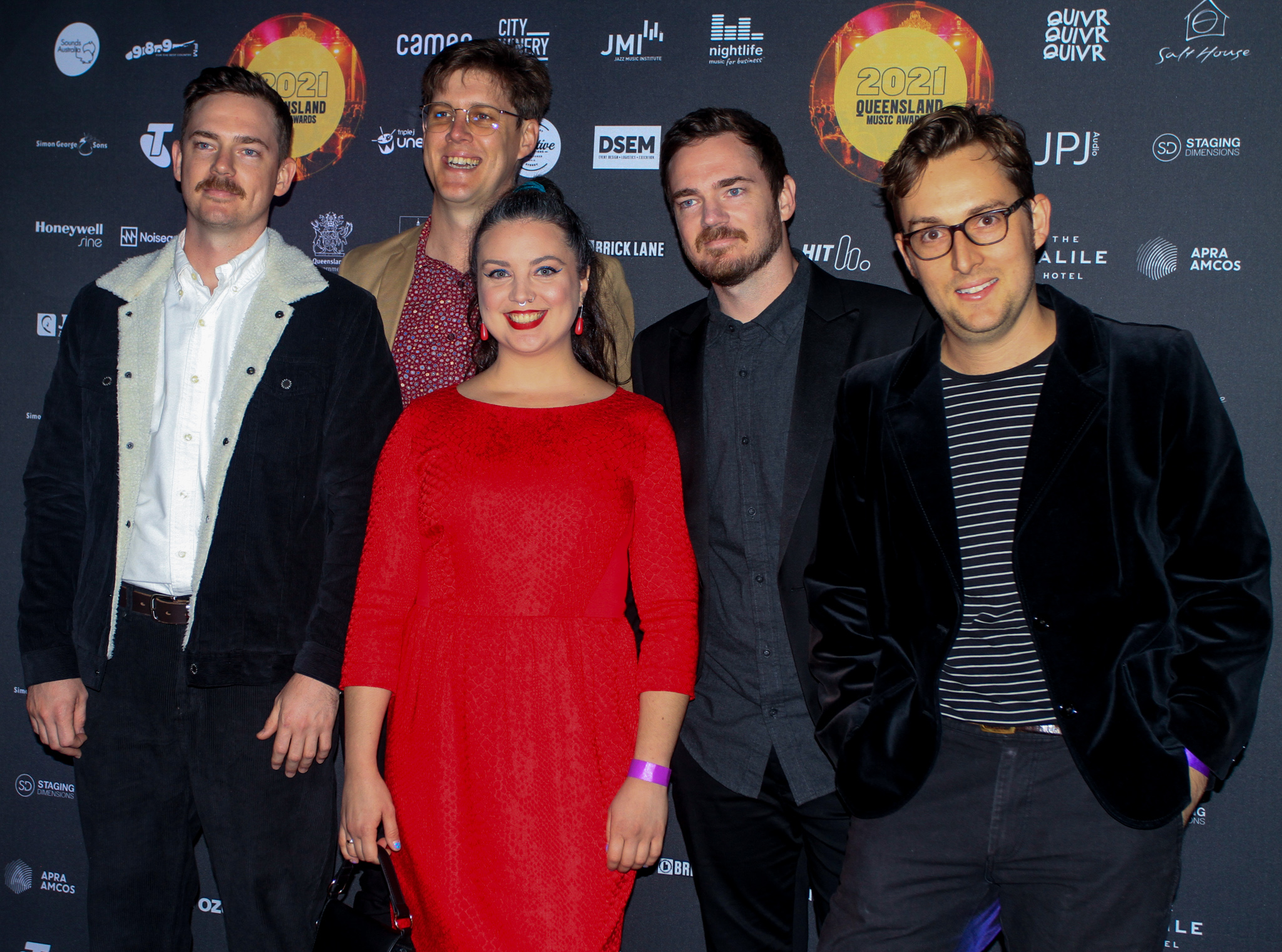 Ball Park Music, has been a staple for the QMA’s for many years now, taking home song of the year for ‘Surrender’ back in 2013. They rounded off the night by performing ‘Head Like a Sieve’. Sycco and Hope D, who joined them on stage at their Riverstage gig two days prior, also came away with big wins on the night. The band chatted about the joys of platforming succeeding local talent, who they coined as their “dream lineup”.

Sam Cromack (Frontman, Ball Park Music): “We love it, it’s one of the joys of where the band is now. That is exciting enough but being able to put our heads together to be like who can play, who do we like, who do want to support. It actually feels like we’re supporting them, if that’s not too cheesy.” 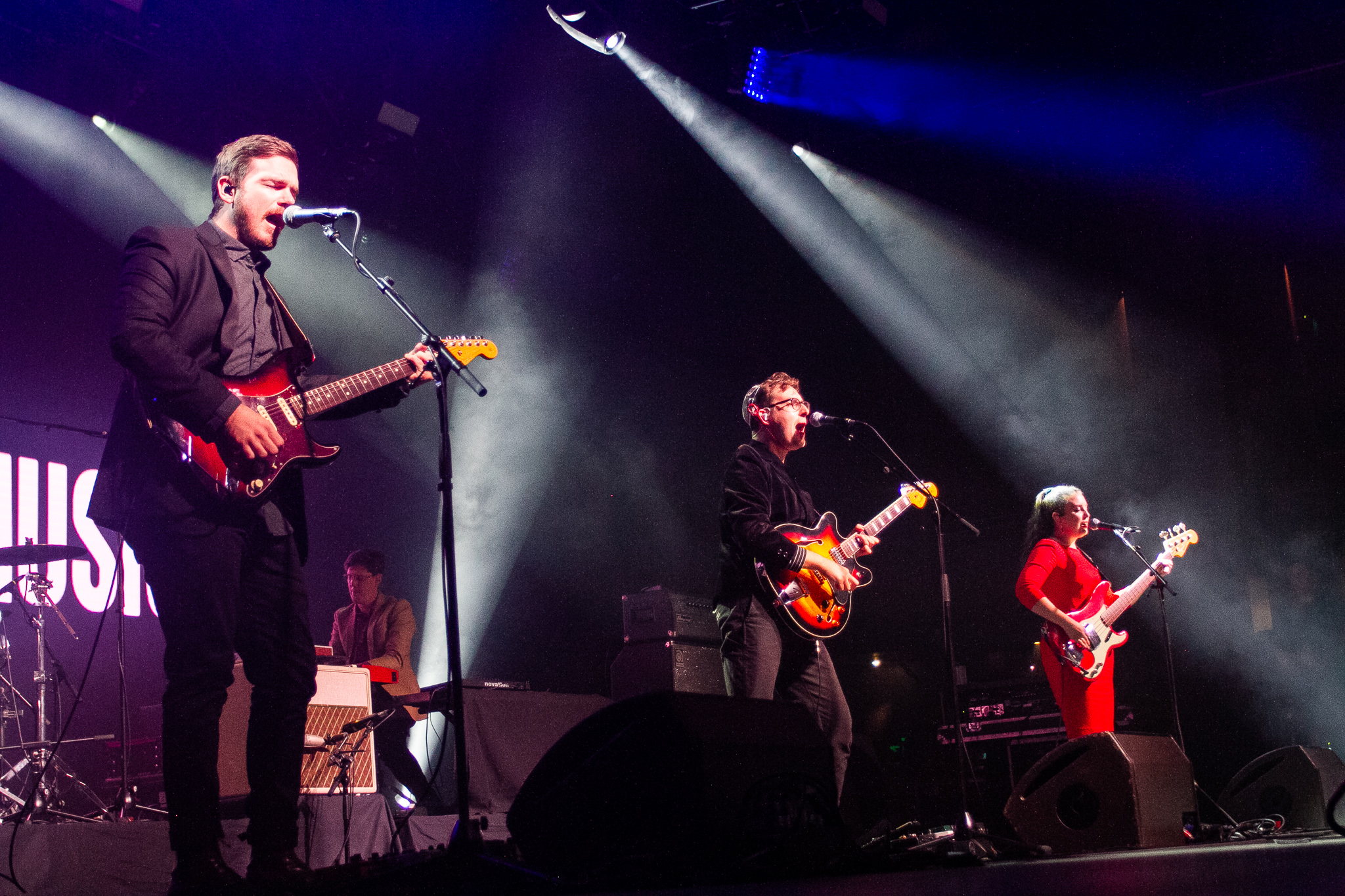 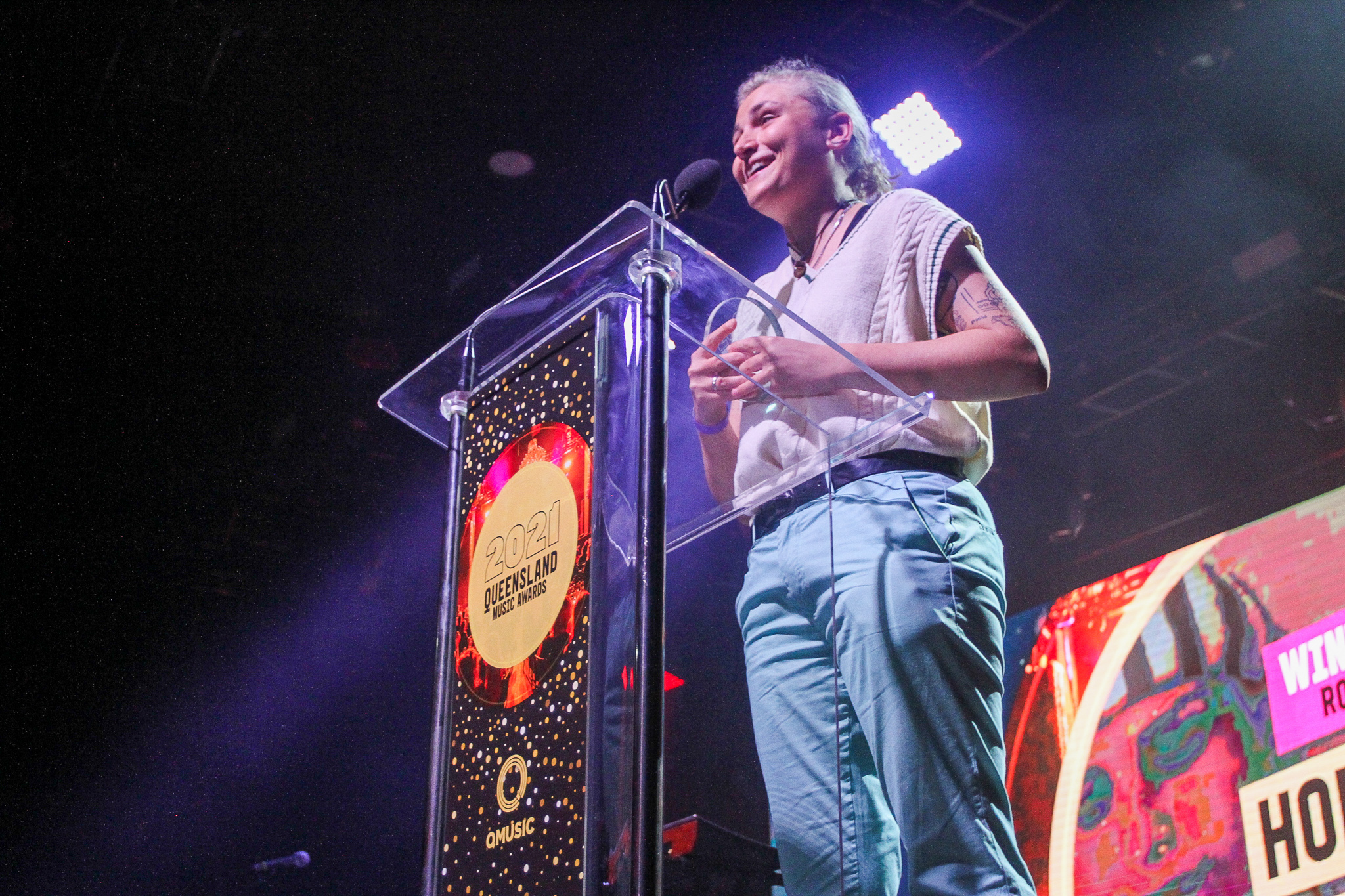 Hope D came away with winner of best rock award for her track ‘Second’. Hope expressed how stoked she was to be able to come together with her band and solidify their bond on stage. It was a massive week for Hope with her Triple J Like a Version cover of Britney Spears‘ ‘Toxic’ released on Friday. Hope chatted to us about what the QMA’s means to her as an artist.

Hope D: “Just to be in this massive community, there’s so many people here and just to know they’re all apart of this massive music scene is insane.” 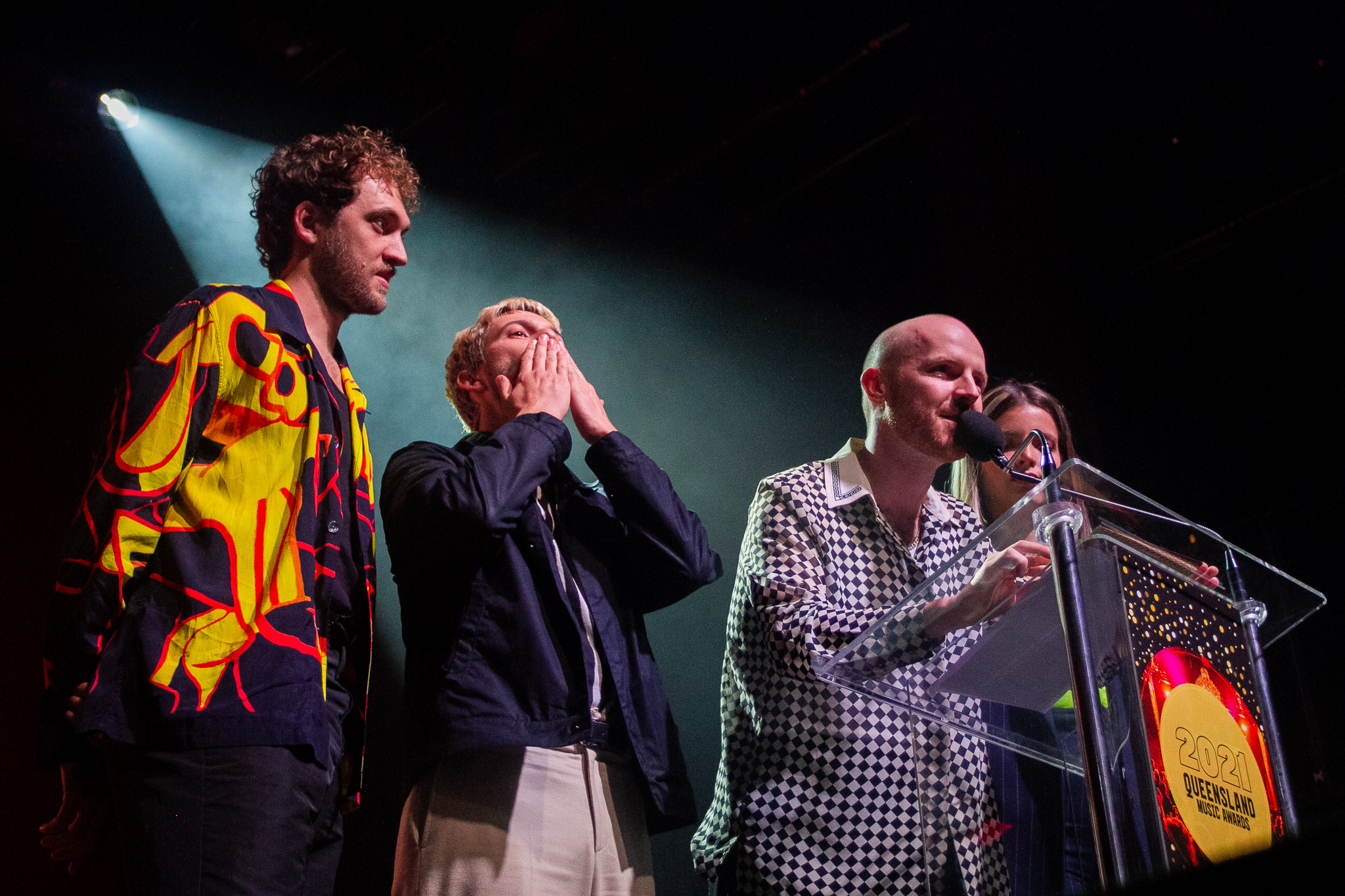 The Jungle Giants on stage presenting album of the year. Credit: Alexia Pereira.

DJ Young Franco came away with a win on the night for best Electronic/Dance award for his tune ‘Juice ft. Pell’. The very sweet record producer gushed about how keen he was to get back to playing live music for his upcoming Australian tour, kicking off in June.

Young Franco: “I’m really excited for the tour. Particularly now I feel a bit of normality so it feels really exciting to do.” 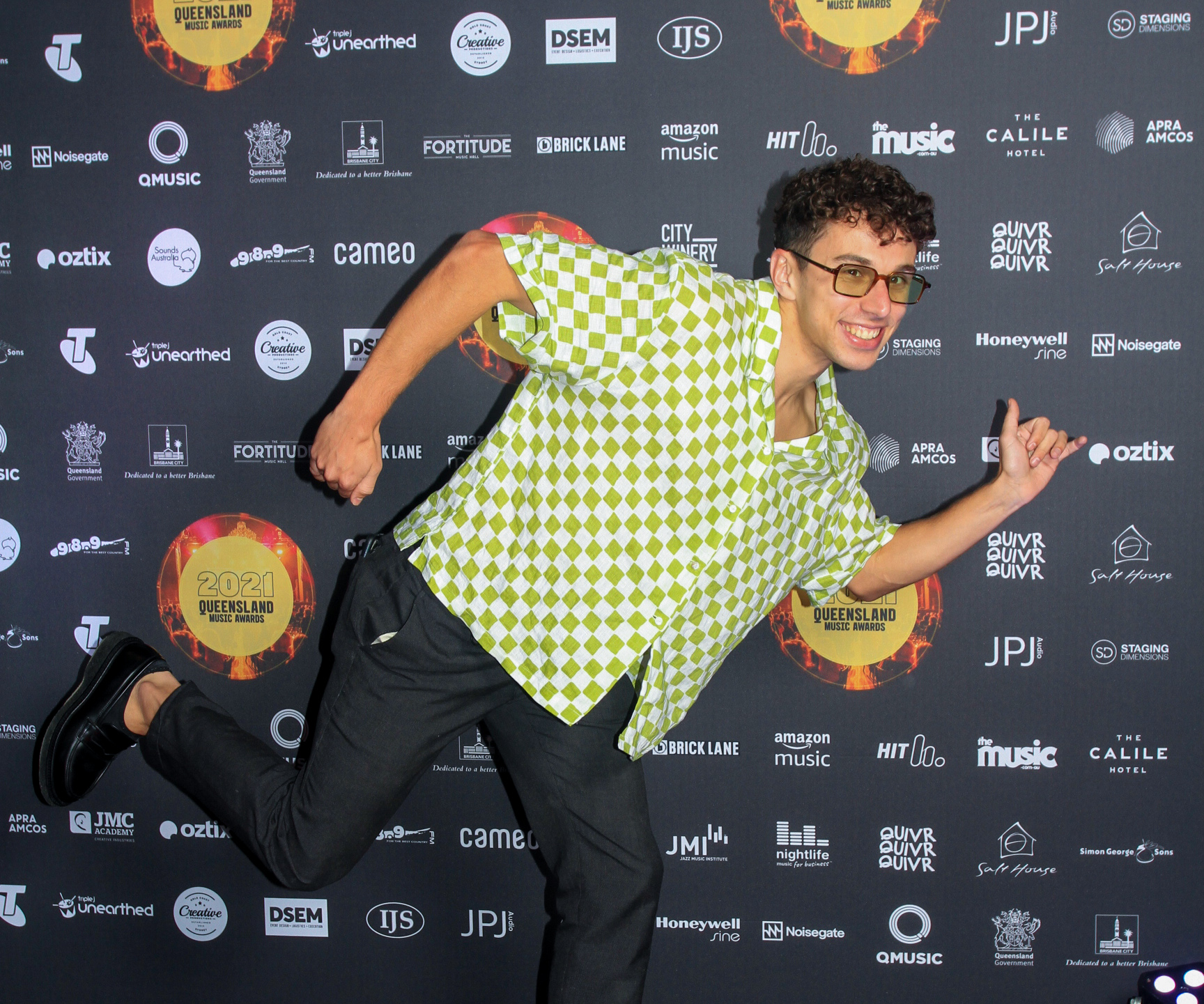 For more updates on the Queensland Music Awards check them out on their socials below: