Beauty lovers around Australia are rejoicing as Mecca Maxima has announced Urban Decay will be hitting their shelves and their online catalogue exclusively come March 27th.

Don’t let those tears for joy ruin your mascaraÂ just yet! The Mecca brand are staying fairly tight lipped about this new development only giving us the release date and a new hashtag to follow,Â ‘#UDAustralia.’ 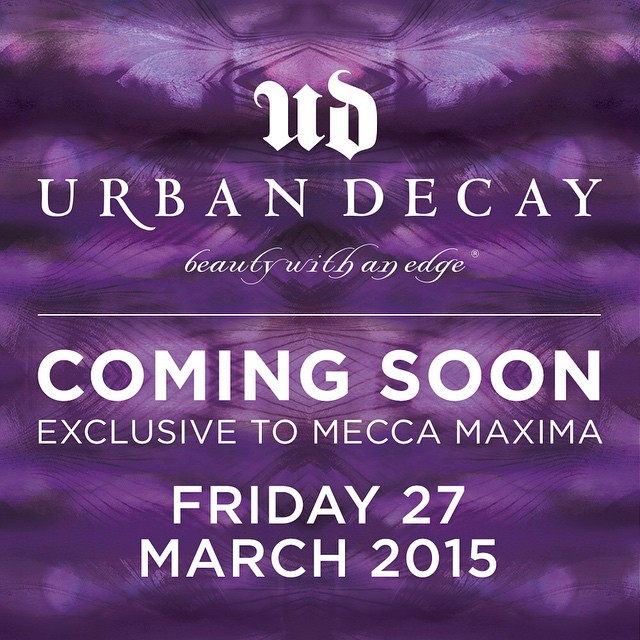 At the moment they haven’t confirmed, nor denied, that everything Urban Decay has to offer will coming to our shores, however if the hashtag has shown us anything, it’s thatÂ the Naked range is expected to be the main crowd pleaser for Australian shoppers.

Regardless of what little information we have though, hopefully Urban Decay has learnt from the tragedy that occurredÂ whenÂ Sephora Australia opened and the UDÂ Naked Palettes were missing from their shelves (one is sold every 3 seconds around the globe except inÂ Australia!). The fan outcry has resulted in what can only be described as a glorious outcome.

It’s been a long time coming for beauty gurus who have had to scavenge for them online without testingÂ or convince others going overseas to bring products over – twice bubble wrapped to stop from pan shattering.

Form a line in an orderly fashion ladies, this is going to be a big one!

Image credits: all images have been taken from the Mecca and Urban Decay website.