Do you like good music for pocket-change? Are you hunting for a weird and wonderful New Yearâ€™s resolution? How does breaking the World Record for Largest Busk sound to you?

Itâ€™s no secret that the number of street performers in Brisbane has radically increased in the last few years. Corners that were once populated only by a man doing his level best to turn a King James Bible into a musical (but always falling somewhat short of Book of Mormon) are now filled with living statues, mini string ensembles and startlingly popular teen bands with enough devotees to completely clog my path into Queenâ€™s Plaza.

While this sudden effusion of art has undoubtedly improved the general tone of the city, the intrepid souls behind Valentineâ€™s Busk are taking it one step further, aiming to bring all this talent together for an extravaganza of music, poetry and performance. The event will also be making an attempt on the World Record, which currently stands at 230 performers over two hours. 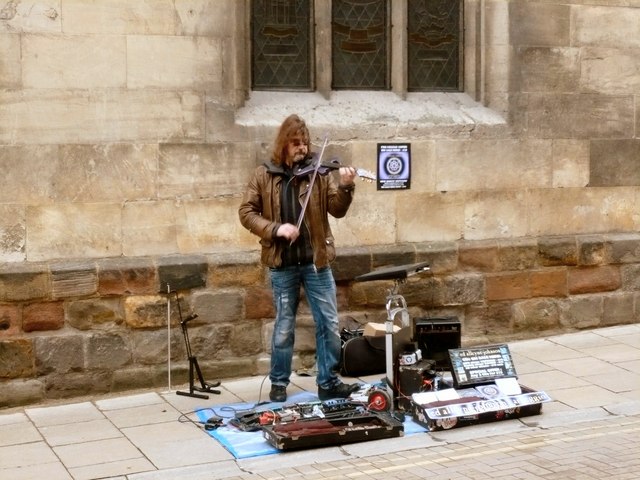 Slated for the 14th of February, 2015, Valentineâ€™s Busk is currently open for artist applications, and is seeking pretty much anyone who has put out a hat (or thought about putting out a hat) on the streets of Brisbane. If youâ€™re a musician, a magician, a balloon artist, a poet, a dancer, a comedian, a mime or anything in between, head on over to the eventâ€™s webpage and throw your lot in the hat (as it were). This promises to be an excellent opportunity to perform to a more concentrated crowd, and there are some pretty serious prizes up for grabs, including a paid gig at Brisbane Festival.

Alternately, if youâ€™re the sort of person who (like me) always hurries past street performers because you have a bus to catch, Valentineâ€™s Busk is the perfect opportunity to set some time aside and enjoy all that Brisbaneâ€™s street corners have to offer. With a wealth of talent helpfully gathered in one place (currently the Cultural Precinct in Southbank), why not lock in your Valentineâ€™s Day plans early, and support the people who make our city so interesting?

For more information, or to apply as a performer, go to the Valentineâ€™s Busk webpage.