Opera Queensland presented an afternoon of powerful vocal music in Verdi, held in the QPAC concert hall on Saturday.

The concert opened with Verdi’s Brindisi from La Traviata. Featuring Eva and Virgilio along with the OQ chorus, this bright, lively tune was instantly recognisable and fun to watch. This was followed by the Anvil chorus from Il Trovatore, with hammering percussion.

Highlights from the first half included the OQ chorus preforming the Witches’ chorus from Macbeth, complete with evil cackling. Plus, two brilliant quartets from Rigoletto, featuring Eva, Virgilio, Hayley and José. 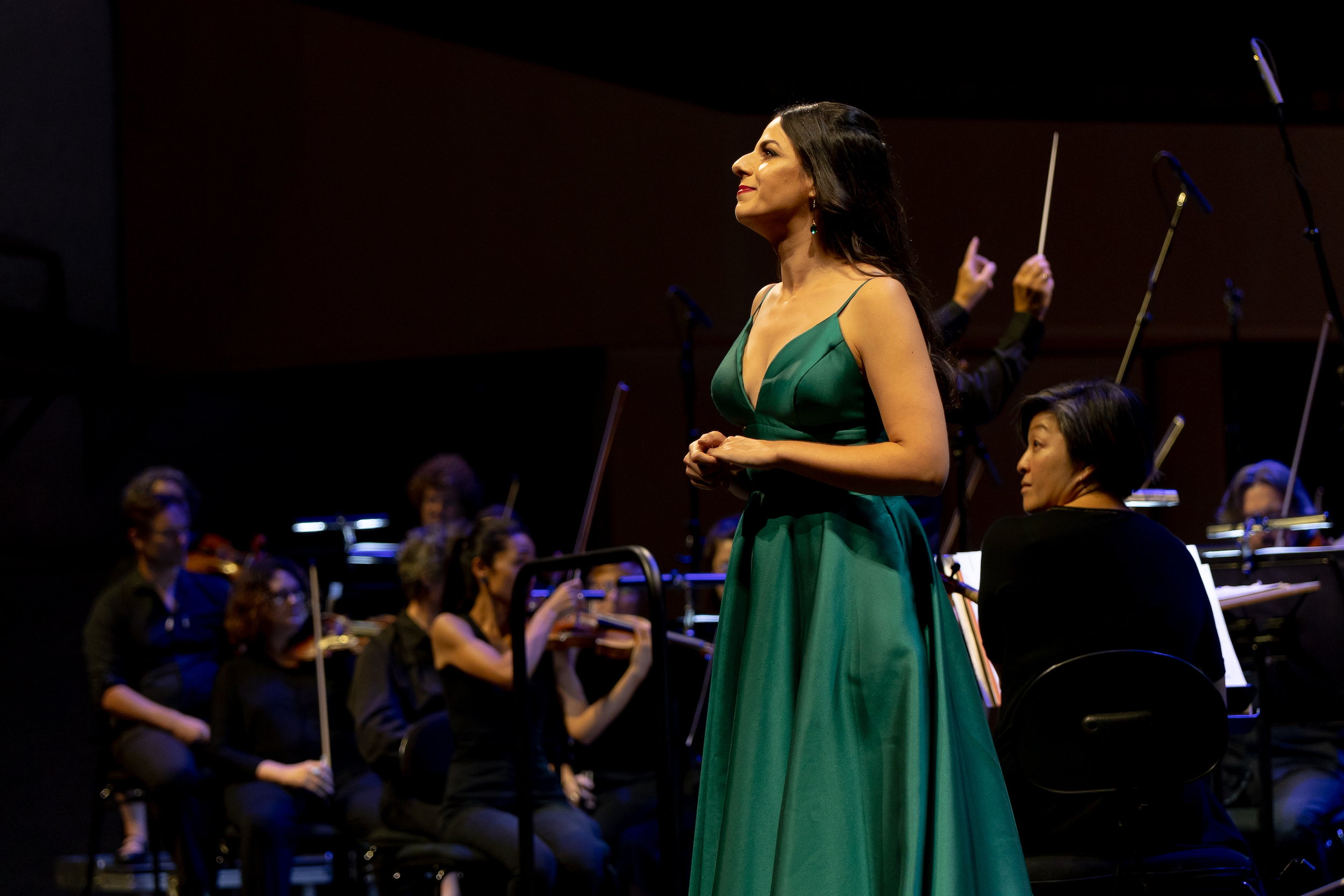 Before interval, QSO and the OQ Chorus performed Verdi’s Chorus of Hebrew Slaves from the opera Nabucco. This uplifting chorus was full of patriotism, longing for home and for freedom.

For the second half, OQ performed arias from Don Carlo, Otello, Falstaff and Aida. I enjoyed the duets of Hayley and Sofia and then José and Rosario. Also, Eva’s performance of Ave Maria was breathtaking.

For the finale, all the soloists came together to perform Verdi’s fugue from Falstaff. This was a fitting way to end the concert, with Verdi’s final composition. Throughout the complex yet light-hearted fugue, each soloist held their part strongly. Together with the OQ chorus and QSO, this was a dynamic performance.

Verdi was an enthralling concert, displaying the power and majesty of Opera Queensland’s soloists and chorus. It was the perfect way to finish off Opera Qld’s 2021 performance season.