In 2013 when Violent Soho made “HELL F-CK YEAH” the apolitical national anthem of the ’10s, it was fair to question why that anthem sounded like the ’90s.

As a group of friends formed in high school, the band are more than happy to pay homages to their childhoods. But what made this brand of rock music flourish throughout an unlikely decade doesn’t come down to nostalgia or a fun swear word.

As the world was celebrating the newfound ease of producing electronic styles, it was Soho there to remind us what made rock icons like Nirvana so good. It’s still baffling to understand the commercial widespread of In Utero, but its value is obvious: existential dialogue that is easier on the ears than the eyes, despite a wholly uninhibited and abrasive performance. Time after time, Violent Soho manage to keep these forgotten commodities of grunge alive and continue to do so with their latest effort.

Their latest full-length Everything Is A-OK is loosely and honestly based on the idea of accepting themselves as individuals and accepting their flawed-but-fine-I-guess surroundings for what they are. Vocalist Luke Boerdam’s well-established style has never used on-the-nose lyrics to resonate with audiences; it’s the emotion behind them that provides the context. Singing as a cry of existentialism and anxiety, Boerdam leans on the shoulder of his one comfort: grungy musical instincts and chemistry with his beloved bandmates. 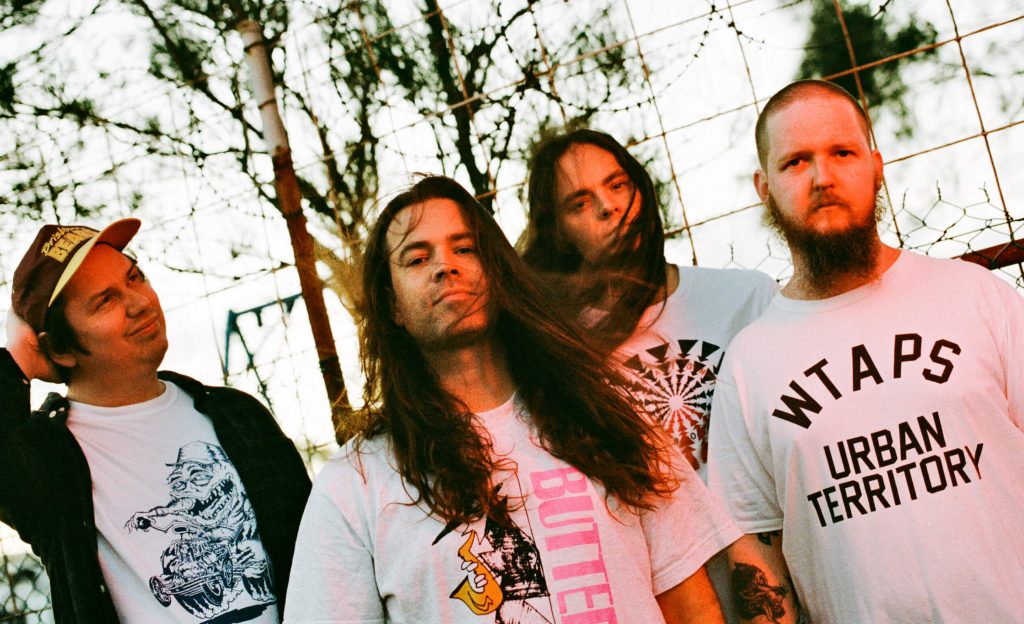 A rotation of gritty sounds opens the record on ‘Sleep Year’, proving how their adopted style is innately what the content demands. In shrieks of feedback and spiralling guitar lines, Boerdam ruminates on the line “I just want to leave, but I want to be around”; dizzying in his decision of where to go.

‘Vacation Forever’ features a cheeky and paranoid “baby-boomer” hook, and whilst it’s a lot of fun, it’s a deliberate distraction from the darker mood of the lyrics. “I packed my bags, and I drained my veins” along with lyrics describing “canned laughter” or a “cheap” sun, the song articulates what it’s like to be disillusioned by life. Similarly, the single ‘Lying on the Floor’ is a sluggishly depressed and likely drug-dependent tune, reminiscent of Green Day‘s early hits such as ‘Longview’; with emotional authenticity that breaks any of Boerdam’s personal records. “Writing and recording these songs has been a means of catharsis for me. I’ve never really felt that way with music on previous records. This time it’s a renewal for me, both a rejection and acceptance of the world how it is and moving forward from personal tragedy.”

As one of Australia’s most revered bands, it’s been a strange feeling to proudly sing along to people from your own home with a whiny American accent. They finally put that idea to bed with the track ‘Canada’, an escapist dream of the Great White North. Recorded in the air conditioning of The Grove on NSW’s Central Coast (slightly further away from the equator), Violent Soho beat the Queensland heat by roleplaying fantasies about their favourite musicians’ continent. Say no more, fam.

Next on their North American getaway, ‘South Down Sonic’ slows down sonically from the previous tracks on the album. Lyrically, Boerdam searches to rid himself of things weighing him down, almost like weaning himself off a drug and wondering when he’s considered to be clean. The words are reinforced with tinges of country, bringing the band’s vulnerable themes to the forefront.

“I am on fire, hold my hand” stands out on album closer ‘A-OK’, which searches for community in times of silent and personal suffering. The children of Boerdam’s pre-2020 dystopia know how to do something called a “bunker waltz”; making it near impossible to ignore the parallels our current climate have with his uneasy existentialism. After more than 15 years of somewhat gloomy lyrics, maybe it’s time to hold Violent Soho’s wise and ever-articulate hands as they say “everything is going to sh-t, but yeah, alright”.

Everything Is A-OK will release this Friday, 3rd of April through I OH YOU. 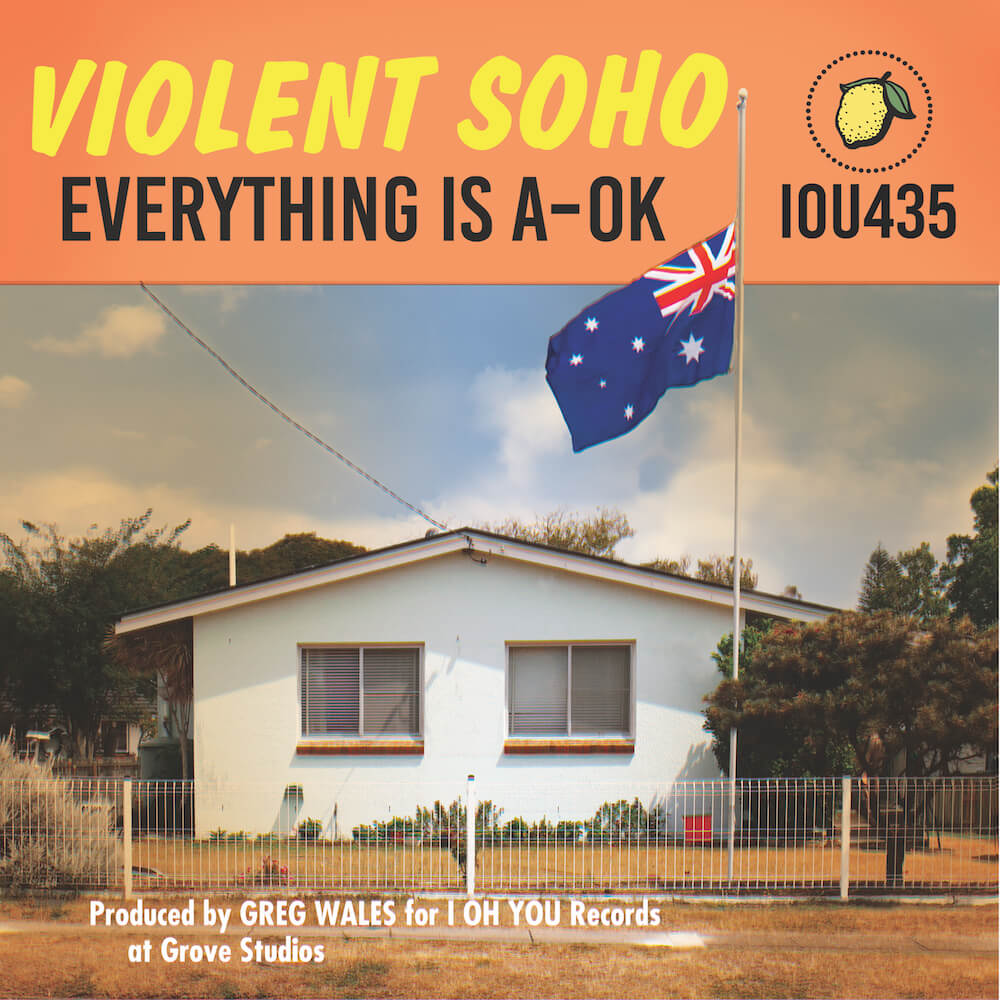 A Day in the Life: Alice’s Earth