From local South-Side Brisbane heroes to composers of the new Australian National Anthem, Violent Soho is on the rise to fame. Their latest album is the epitome of a new breed of Australian alternative music hitting the scene and cannot be missed. 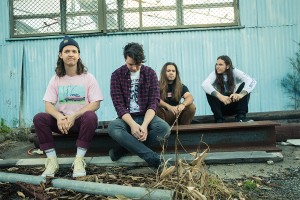 Back in 2014, I personally had the opportunity to be an extra in a Violent Soho music video for the song ‘Saramona Said‘, off the band’s first full length album,Â Hungry Ghost. In the middle of filming selected runs of the real-time music video, the band played through fan favourite songs, emitting a vibe that is raw and energetic; a sound that has shaped the popularity of Australian alternative music and gaining popularity for bands like Bad//Dreems, The Smith Street Band and DZ Deathrays.

This energy is portrayed at their live performances, and contained in Violent Soho’s second full length album,Â Waco. After a very successful single tour to promote the first single offÂ Waco, Soho released a 44 minute thrasher of an album, conveying themes of growing up, impulsive relationships and uncertainty. These themes define the band and their lyrical content, establishing a connection to the feelings and contemplation of the fans that generated popularity for Violent Soho.

The popularity of Violent Soho is both astonishing and rapidly growing. The past couple of years have worked wonders in favour of the band; including getting signed in the U.S. by Dine Alone RecordsÂ (the distributor of bands including At The Drive In, City and Colour, and Marilyn Manson) and a once-in-a-lifetime showcase performance for the legendary producer Rick Rubin. For those who are unaware of Rubin has produced, he has produced albums for all the greatest bands in the world of all genres: The Beastie Boys, Slayer, Johnny Cash, Red Hot Chilli Peppers and recently, Angus and Julia Stone. 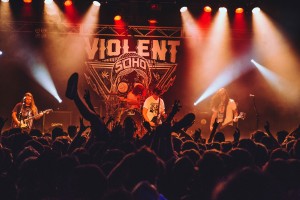 Waco is a much different album toÂ it’s predecessor Hungry Ghost. Violent Soho has improved and updated their sound to include more depth into their song structures. Featured on manyÂ WacoÂ songs are soothing background vocals, fade-in/fade-out guitars, distorted vocals and a ’90s alternative style similar to Mudhoney, Smashing Pumpkins and Pavement. Their style is another attribute to their success; very rarely will there be a band that successfully mixes nostalgic ’90s alternative rock with current and relatable issues that connects to an audience hopefully seeking both.

Standout tracks include the single and crowd favourite ‘Like Soda’, the childhood nostalgia driven ‘So Sentimental’ and theÂ album opener ‘How to Taste’.Â WacoÂ by Violent Soho will be another Australian alternative classic alike the previousÂ Hungry GhostÂ due to it’s relatable nature and classic ’90s alternative style.

Violent Soho hit the road with DZ Deathrays and The Dune Rats on May 13th; all shows are currently sold out, (Sold Out); for more information visit the band’s website.

Waco is available on CD, Vinyl (Limited Pressing) and Digital Download from all leading and local retailers of great Australian music. 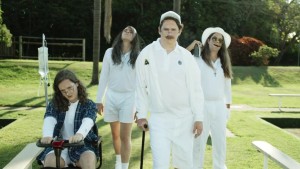 No Lights No Lycra: Brisbaneâ€™s Dance in the Dark