Author of ‘From Cradle To Stage’ and mother of Dave Grohl, Virginia Hanlon Grohl, gave a keynote speech at BIGSOUND this year.

Dave Grohl has produced music that transcends generations, I myself grew up listening to Foo Fighters and Nirvana. I can honestly say that without Dave Grohl, I may have never formed the same love of music that I have today. Virginia can easily see the impact that her son has had on the world and wrote ‘From Cradle To Stage’ to give us an insight into what it’s like raising a rockstar. Virginia interviewed a long list of mothers in a similar vein to herself and learnt that her struggles with raising a rockstar were shared by other mothers.

Nineteen mothers were interviewed and were all given a chance, for the first time, to share their side of the story. This included the mothers of Pharrell Williams, Kelly Clarkson, Andre Young (Dr. Dre), Tom Morello (Rage Against The Machine), Josh Groban, Amy Winehouse and others. All with a story to tell about their child’s success.

Virginia started her keynote discussing how she thought she’d meet more mothers attending shows and festivals over the years but didn’t encounter many. She then decided to go out and search for them to write her book. There were many similarities between the stories, as Virginia pointed out. The most surprising being that of all of the nineteen mothers she met, they all said that their child had decided to pursue music at age twelve. They all were naturally talented at the first instrument they picked up but continued to work hard as teenagers to develop their skills.

For most of them, school ended up on the back burner. As a former teacher, Virginia recognised that the schooling systems in place at the time did not nurture creative people and a lot of them were labelled as “distracted” or “unfocused”. Most mothers were advised by teachers to let their child drop out of high school. Dave approached Virginia at seventeen asking to drop out of school to tour around Europe with Scream and she said yes. 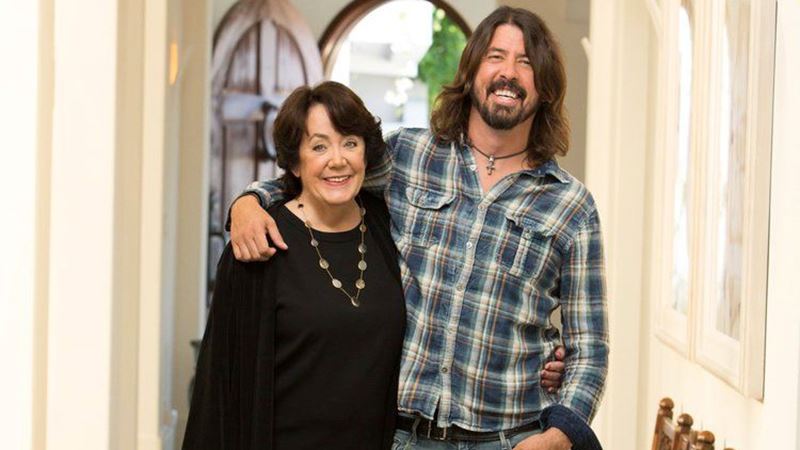 However, schooling was a completely different story from Mary Morello as Tom [Morello] exceeded in school. He even obtained scholarships to go to Harvard and graduated after three years with a degree in social studies. But this isn’t surprising to anyone who knows anything about Tom Morello or Rage Against The Machine. After graduation, he went straight on tour.

There were mothers like Verna Griffin, Dr. Dre’s mother, who struggled to understand why their sons and daughters were making the music they were making. Dr. Dre originally started out in N.W.A who are best known for their hit ‘F*** Tha Police’ however Verna wasn’t very enthusiastic about the message behind it. But living in Compton and enduring the injustice from the police at the time, she came to terms with the song and understood why the message was important.

During the Q&A, the topic of siblings was brought up. Virginia stated that she was worried for her daughter who might have felt left out with the rise of Dave’s success. Although she doesn’t like being recognised as Dave’s sister, she is still supportive of his career. Virginia however, is very proud to be his mum and admitted to introducing herself to fans wearing Foo Fighters shirts as Dave Grohl’s mum.

There’s no doubt that Dave Grohl gained a lot from Virginia in his childhood and continues to now. Not only do they share quick wit, they also share a sense of normality as they seem like everyday people despite their individual achievements.

‘From Cradle To Stage’ is available in bookshops now and Virginia hinted that she and Dave are making it into a documentary so we’ve got that to look forward to.