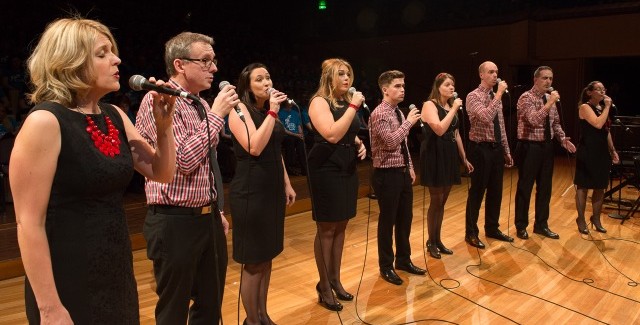 The 9-piece vocal group, which started up at the end of 2013, are making a name for themselves as great performers with a variety of vocal skills. Performing the Penatonix a cappella hit Run To You at Brisbane Sings showed audiences just what the group are capable of. Usually performing light pop covers to the likes of Bruno Mars and The Beatles, this performance was definitely a contrast.

Smooth, hauntingly beautiful notes sung in harmony in rendition of the original Penatonix version, More Than Words demonstrated some serious singing talent. The diversity between the voices of the nine singers gave great depth to their performance, and the song sent chills through the audience with its memorable tone. 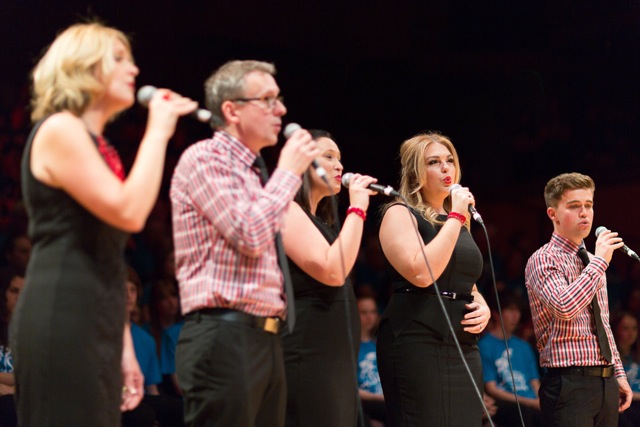 The group can be hired for vocal performances for work functions, Christmas parties, or even engagement parties, with their first ever performance being a surprise flash mob for a coupleâ€™s engagement. Musical Director Fiona Cole has a great talent for arranging, so whatever style of song or performance you are after, they will certainly deliver.

Andrew Hay, Fiona Cole, Michael Wilson, Glenys Tristram, Christine Trappett, Patrick Hooper, Petrina Gibson, Michael Strachan and Belinda Craig, who make up More Than Words, all have a variety of singing backgrounds and education. However, it is their involvement with the Queensland Show Choir, and specifically More Than Words that brings them together, creating amazing harmonies and performances in the process.

So whether you have an upcoming birthday, work dinner, Christmas party, or any kind of special event and are looking for entertainment, contact More Than Words for spectacular music, and to add that special touch.