WAAX's Chris On Touring And Writing For Their Debut Album

Brisbane’s own, WAAX, have had a huge year. Fronted by an insane vocalist in Marie DeVita, WAAX have blazed through 2017.

They released their second EP, Wild & Weak, in June and followed that up with a huge national tour. They’ve just come off tour with Dune Rats and have no intention of slowing down as they’ve got a short run of shows before the year’s out. We spoke to Chris Antolak, WAAX’s guitarist, ahead of their show at the Brightside on December 2nd, about touring and their hectic year.

The Creative Issue: You’ve just come off a tour with Dune Rats, what was that like?

Chris Antolak: Pretty intense to be honest. A lot of long drives and big shows, it was pretty exhausting by the end of it. But definitely the best tour experience we’ve ever had.

TCI: You were at the start of an awesome line up with Hockey Dad and Wavves, how was the turn out for you?

CA: Great, actually. A lot of kids turned out early. I think there was a lot of help from BC [Dune Rat’s Drummer] around that, he was pretty adamant about getting kids there to watch all the bands so the turn outs were great. We were pretty blown away from seeing all the kids that got in so early to see us play.

TCI: You’ve also just been added to a few of the Falls Festival line ups, you’ve got to be pretty stoked with that.

CA: We’re over the moon. It’s been a festival that we’ve all wanted to play and to finally get the chance to do it, it’s amazing and we’re really excited.

TCI: I’ve seen you a couple of times this year and every show is busier and bigger than the last, have you noticed the growth since the start of the year?

CA: Definitely. We can see the ticket sales are becoming larger and they’re selling quicker and things like that. The response from the crowd at shows are incredible. People are singing along to lyrics a lot more and it’s blown us away. It’s something you kind of expect but once it happens it’s kind of like “what is happening?” It’s hard to believe. Yeah, the response has been amazing and we can’t be happier. 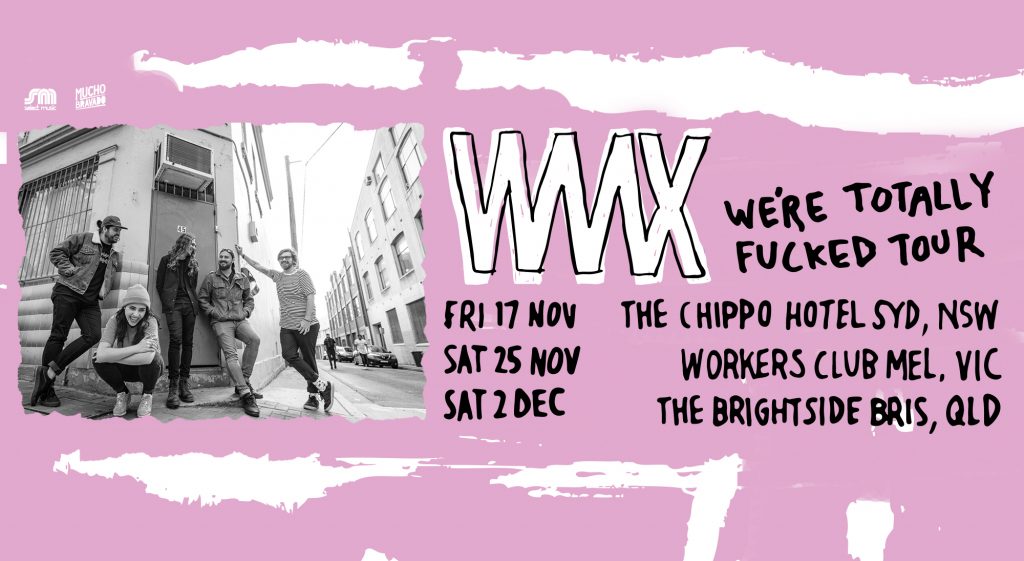 TCI: Your tour, We’re Totally Fucked, is starting in a couple of weeks, how have you been preparing?

CA: Doing a lot of rehearsals, just trying to nail the set list. We’re in the middle of trying to bring a new song out on the road. We have a couple organised but I suppose just the usual tour organisation. Just getting merch ready and making sure kids buy their tickets and show up because these shows will sell out. So we’re just trying to make them realise don’t wait. Don’t think about buying a ticket at the door. Because you might be disappointed.

TCI: It’s got to be pretty excited knowing that you’ll sell out the tour.

CA: Yeah it is, the last tour was a pleasant surprise. I think we sold out seven or eight shows on the tour. The sales are going really well now so it’s always great just to see that with shows. It kind of reassures you that everything is going okay.

TCI: Your latest EP has been out since June but is there any new music in the works?

CA: We’re currently writing towards an album. We do have a new song that we’re playing on the road, we played it on the Dune Rats tour and we’ll play it again on this tour. We do have another one we’re working on currently just to road test it, see what happens. New music is definitely the goal at this stage. So there’s a lot of writing going on.

TCI: How do you start the process of starting to write more music?

CA: It’s hard to write on tour unless you have a bit of downtime and have all the access to instruments and things. It’s almost like you need to be in the right mood for it and right setting to get those creative juices bubbling. I suppose our approach is Marie and I with either write something on our own or her and I will write together and we call it making skeletons. We’ll make a skeleton of a song which is typically a chord progression, the melody and the lyrics in a rough form and then we bring it to the band in a rehearsal space and flesh it out some more to see what we can do with it. At this stage, we’re very much so trying to create those skeletons and making sure we have the right vibe across the songs lyrically before we take it any further. There’s really no rules around it, if the moment strikes and we’re at sound check and something comes up, we might have something there. 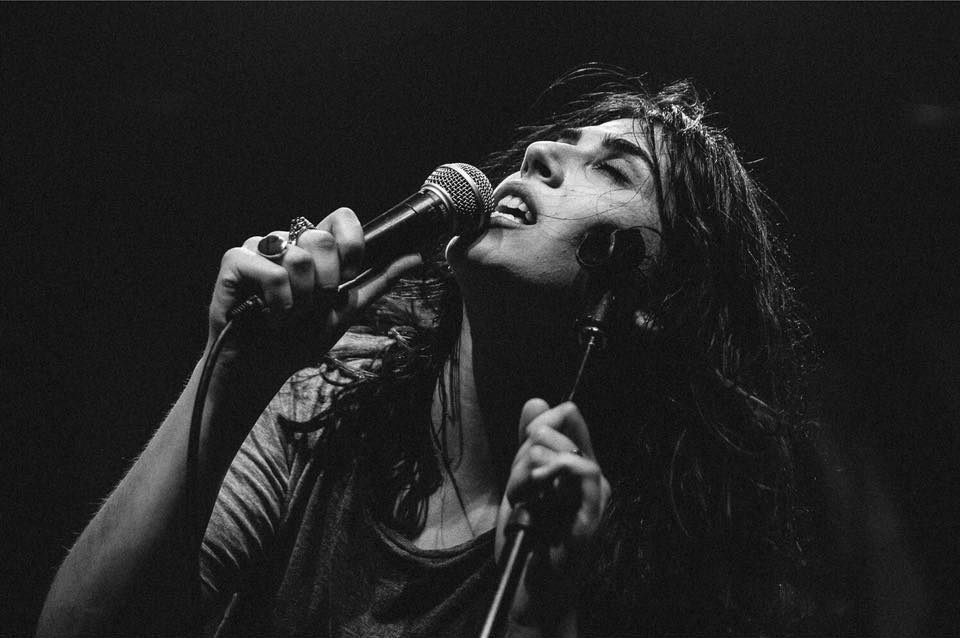 TCI: What are some bands going around at the moment that you’ve been listening to?

CA: I’ve really digging this band from Melbourne called RBG, Maz and I have only just caught onto them. It’s pretty cool stuff coming out of Melbourne, it’s of that Poison City elk, it’s very folky and punky. Besides that, DZ Deathrays just released a song, ‘Total Meltdown’, I’ve been smashing it all day, I can’t get over it. It’s an awesome track I’ve been smashing out lately.

CA: Mate, I feel like it’s going to be a pretty massive year like this one. I really don’t know what to expect. We’ll start out with a band with Fall Out Boy and obviously we’re playing Falls. So there’ll be more shows but at the same time we’ll be bunkering down at certain periods to write this record and hopefully have it all sorted by the end of the year. A lot of exciting stuff and surely we’ll be very very busy.

You heard Chris, tickets are selling fast for their tour and they’re expecting it to sell out, get in early and grab tickets here. You can also follow WAAX here.