Noma: My Perfect Storm premiered at New Farm cinemas last week. The documentary follows the ups and downs of the now renowned RenÃ© Redzepi, and the tumultuous journey that’s lead to his status as one of the world’s most successful chefs.As owner of Copenhagen restaurant Noma, renowned for its reinvention of nautical/Scandinavian cuisine and four-times named best restaurant in the world, following the journey of Redzepi is fast-paced and hyper coloured and, as luck might have it, My Perfect StormÂ is in cinemas to coincide with Nomaâ€™s Sydney pop-up restaurant. For ten weeks RenÃ© has relocated himself 80 his staff to bring Noma and its essence down under. 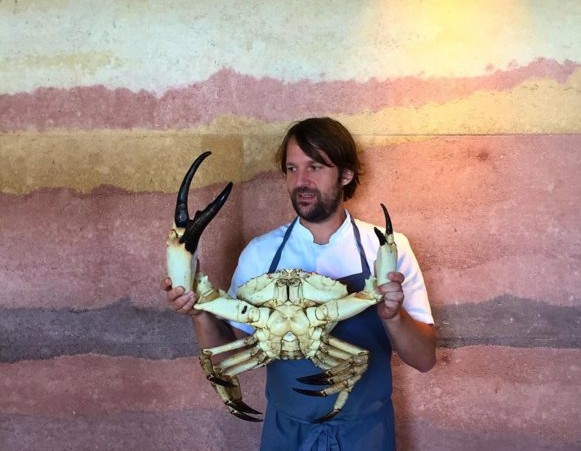 The film is certainly surprising and revealing. RenÃ© is not perfect, his confidence and leadership style teetering on challenging- but you donâ€™t dislike him. Director Pierre Deschampsâ€™ refusal to mask Reneâ€™s adverse characteristics shapes him as an underdog to root for. The directing is not perfect either, especially in a currently saturated market of incredibly well produced food films (the benchmark being Chef’s Table). RenÃ©â€™s narration is borderline annoying, there are some lo-fi go pro shots unnecessary included, and slow motion shots feel unnatural. However, the characters and happening of My Perfect StormÂ make for a through enjoyable film.

The cinematography is, for the most part, stunning. My Perfect StormÂ explores the varied and rich Scandinavian landscape with crisp wide shots which seamlessly connect with the food created in Noma. Time and place dictates what is served at Noma- The time element isnâ€™t overly impressive as it isnâ€™t uncommon for a restaurant use seasonal produce. However, place and regional availability provide the real challenge. As almost all ingredients are from Scandinavian countries, Rene finds it a challenge to create interesting food from limited ingredients. Â Introduced to the foragers and small-scale producers who bring unique ingredients to Nomaâ€™s kitchen are standout moments.

â€œWhat made it special was the connection to what we are putting in our mouthsâ€ said RenÃ© in the film, of the unique produce available. 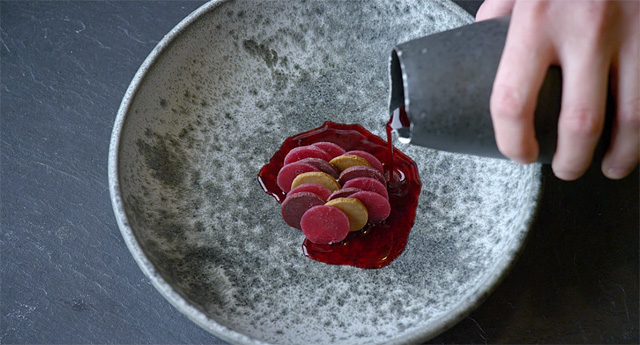 The human element also adds to the film’s merit. RenÃ© is relatable due to his imperfection- his constant swearing and his honesty on camera is refreshing. The audience experiences his disappointment after his restaurant falls to number two in the world, they feel his resentment to peers who criticise the restaurant, and they empathise when investigations of mass food poisoning throw a spanner in the works. The film invites you to laugh, cry, and cheer with RenÃ© as he fights his way back to number one.

The food shown at Noma is intriguing to say the least. It is hard not to cringe when the film displays dishes garnished with live ants and strange green emulsions. Danish Author Tor NÃ¸rretrander says that RenÃ© has an â€œautomatic access to geniusâ€, and it seems hard to disagree. It is difficult to believe that RenÃ© can create such delicious flavours with ingredients that look borderlineÂ unappetising- but then maybe convincing a critic to eat live ants and then to rate your restaurant number one in world â€“ now thatâ€™s genius. 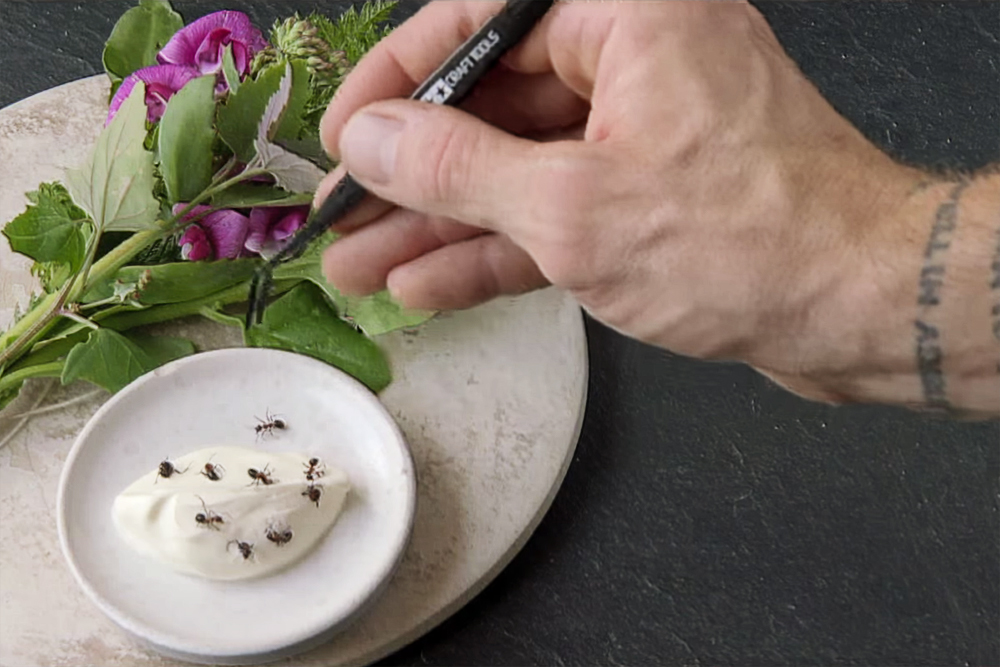 With RenÃ©â€™s weird and wonderful style what dishes can we expect from Noma in Sydney? Like in Copenhagen, and Noma’s former pop up in Tokyo, RenÃ©â€™s goal down under is to connect (those few lucky) Australians to their food by using native ingredients. He is opening the public’s eyes by incorporating ingredients such as salt bush, West Australian deep-sea snow crab, and crocodile fat. RenÃ© is giving life to heritage and modern Australian cuisine- ultimately encouraging Australians to look no further than backyard when cooking.