We spoke to Matt, WALKEN’s lead vocalist, ahead of their east coast tour kicking off this week.

WALKEN has been making some headway and released their EP What’s Your Environment? at the end of last year. This was a highly anticipated EP and a long time coming. We spoke to Matt about finally getting it out and their tour with Wollongong band, White Blanks.

Although there’s five tracks on the EP, every song sounds completely different to the last and it crosses a range of genres. We asked Matt if that was intentional. “Oh yeah definitely. During the writing process, I was going through a huge Regurgitator phase and I’ve always been a big fan of them. It’s kind of the whole premise of the EP, it’s a little bit conceptual in a sense that every song is meant to be a slightly different sound and character.”
Starting off the EP is ‘Raygun’ which has a slow build. “That was one of the first songs we wrote for it all. ‘Raygun’ and ‘House on the Hills’ and ‘Unomi’ are probably the first songs written for the EP. And once ‘Raygun’ was written with that slow build up, we were just like “yeah that should probably open it.” It’s a good way to start it off I guess.”

It’s coming up to two years since the release of ‘Eagle Eye’, the second track on the EP, so we asked Matt how long the writing and recording process was. “We just had heaps of set backs with production and mixing delays and stuff like that, which was a bit annoying. We recorded it over different sessions so the first session was in May 2015 with bass and rhythm guitars over three days. Then we just kept coming back to it every three to six months. After it was done, there was still another nine months of delays. But it got done on the end. It’s good to put it aside and do other things. 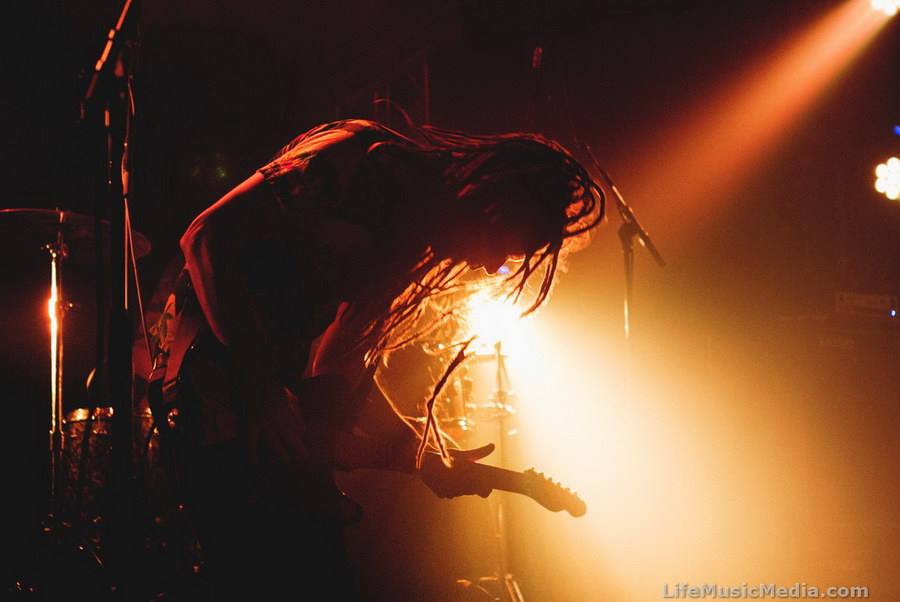 Now that it’s finally out there, the response has been mostly positive. “We haven’t had too much negativity. If there is a lot of people [who don’t like it], they’ve kept it to themselves which is great. But it’s all been positive which is cool so we’re pretty stoked about that. A lot of people who have liked us for a while seem to dig it and I’m happy with it and I’m glad that it’s out there. It’s gotten positive reviews in Hysteria and Rolling Stones.”

With the tour starting this week, the preparation for tour begins. “[We’ve] just been jamming a lot and trying to hone in on new songs. We’ve got a bunch of songs going towards an album. I’m working booker and manager for the band so there isn’t too much preparation on my behalf. Just emails is the main thing. Make sure the shows are sorted and that we’ll get there. That’s about it really.”

Matt met the guys from White Blanks a few years ago after touring with Muddy Chanter when he was their bass player. “We went down to Wollongong three to four years ago and we just met this guy who played in Kaleidoscope who let us stay at his house. Through that we met White Blanks when Marcus was still seventeen. So we’ve known them for a while and it just seemed natural like “we’re doing a tour, these are the dates. Do you guys want to come along?” and they were keen.”
We also asked Matt was other local Brisbane bands he’s liking at the moment. “In terms of Brisbane stuff, we’re huge huge fans of Waax and Good Boy and all those sort of bands obviously. But in terms of younger, local bands I’d probably go with Electric Zebra, Dangerpenny and yeah, there seems to be some good people coming out of Brisbane at the moment. Even people like VOIID or Concrete Surfers, just really cool bands.”

So what happens after the tour? “We’re going to start recording an album. We’re just figuring out how to do that because we’re not too sure if we want to go full studio route again or if we get the gear ourselves and go as DIY as we can. But we’re probably going to start recording an album in the latter half of this year. We’ve got around 22 songs demoed so we’re going to cull that down to twelve or fourteen songs. Start recording, prep all of that and try and get something out before the end of this year. We might do a stand-alone single probably mid this year if we can. Just to a 7-inch vinyl would be pretty cool. That’s pretty much it and just touring.”

The Dollar Bill Murrays Rock The House Down