An Interview with Tim Steward - We All Want To 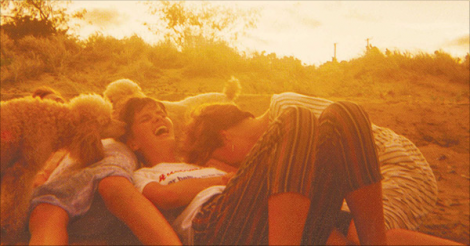 I can barely plan for my regular day job and the assortment of social calls required for the basic week, so toÂ think that a person could survive the raw organisational onslaught of being in two nationally touring bands while maintaining a job in IT is something that remains far beyond my comprehension.
Tim Steward, member of Brisbane greats Screamfeeder as well as the more contemporary We All Want To, is a seemingly superhuman creator of the summery hooks and insightful words that build up the content of his most recent project, We All Want To in the midst of a tour that has met praise from critics from around the nation.

The Creative Issue (TCI):Â Just looking through your tour dates, I realise that Screamfeeder are playing on the 12th June at The Tivoli, and a We All Want To gig the following night. How does the band manage with juggling their players?

Tim: I just got to book the dates early, make sure no dates collide, go to band practises and stuff like that. It’s good, it’s busy but it’s great.

Tim:Â I love it, the band is feeling great right now, with a new line up the band has all this new energy, we’re talking about writing some new songs, so yeah it’s very nice. It’s what I do, and I love it.

TCI: Does the new line up change the songwriting at all?

Tim: It’s tricky to say, we only got the new lineup since recording the album, so after the tour the next stage is to think about the next process of writing the next batch of songs. I’m actually pretty excited, we haven’t started thinking too much about it yet, but I think it’s going to be pretty good.

TCI: You have a few Brisbane ex-pats in your band, and the band seems fairly attached to the city, have you seen any musical shifts in the city over the years?

Tim:Â I guess that ‘s a really tricky question because so much has changed. Back in the nineties, there was a very big culture of being abel to afford to live on the dole, and being able to tour and record on the dole, so people could do it all day everyday. I guess today it’s a little bit different, I Â guess before the nineties it was the same, more so. I think in the last ten years being in a band has changed for the majority of people- I think today a lot more musicians have been trained, have done music courses and things like that; plus we’ve got the internet. It’s changed so much in so many ways that you can’t get your head round it. 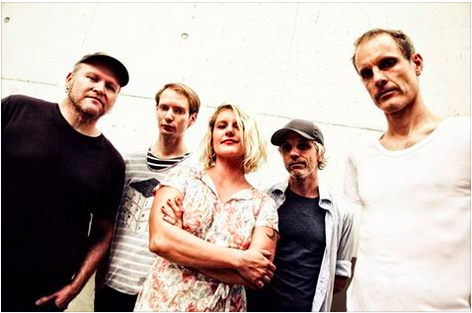 TCI: So you think bands have to work harder to compete with one another?

Tim: I guess it probably is, but you wouldn’t know because there are so many bands that put out such great stuff. And they’re working their arses off, so I take my hats off to them.

TCI: Any bands in particular that you want to take your hats off to?

Tim: There’s a great band called Mosman Alder, who seems to just have this…I don’t know.
As soon as they start playing they just have this beautiful atmosphere and I think they’re very much living in their own musical world, which is great. And there’s some great longstanding bands like Halfway who are killing it, really making a name for themselves. And all these new bands- I saw one called Muddy Chanter. I’ve never heard of them before but they mesmerised me. It’s great to see this wheel of bands coming through.

TCI: With your bands youthful setting, does a more mature perspective on life provide good writing material? Does looking back at your younger days evoke a different style of narrative?

Tim: It’s sort of fascinating for me, because looking back at everything in your twenties, it seems really inconsequential at the time. I’m not looking back in a nostalgic way, but I’m marvelling how these things that happen- relationships being born and things you did- then have an impact on events now. People I met in my twenties and relationships I had have shaped my life. When you do things when you’re young, they’re so random. It’s the randomness of life, it’s great.

TCI: What went into getting into a band when you were younger? House parties and networking?

Tim: It was a bit like that, was a lot of things, like friends of friends. Putting ads in the newspapers was also a really reliable way of getting people. A lot of young people now would never imagine it – ‘How could this possibly be seen by anyone?’ But the street press was actually something that you went out and bought, took home an read, a way of keeping aligned with what was happening.

TCI: How do you now find maintaining a dedicated day job whilst playing in two touring bands?

Tim: Its always been my thing, just how I operate I guess.

We All Want To return to their home crowd on Saturday 13th at the Woolly Mammoth, tickets are available here, for anyone that wants a hint of summer in their cold winter nights:

The History of Tiffany & Co