Do you like folk music? Do you hate folk music? Comedy folk duo The Warmwaters are making their Brisbane Powerhouse debut this Friday night and they’d love you to join them.

The Queensland Cabaret Festival is nearly upon us, seeing some of the state’s best-kept secrets sweep the stage, and comedy folk duo Lena and Luke Warmwater fall into this category. They’ve been gigging here and there since (Woodford Folk Festival, Room 60, New Farm Bowls Club) but are ready to hit the big time at the Powerhouse’s Turbine Theatre on Friday June 12th. 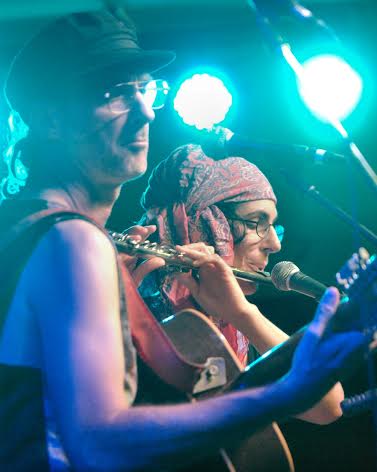 David Megarrity and Bridget Boyle play the pair as naive songbirds blissfully unaware that their entire repertoire is jam-packed with double-entendres. (as is their website, laden with mispellings and clip art). It’s hard not to giggle at songs like “So Bad” and “Joined as One” – and it helps that Bridget and David are both accomplished musicians as well.

“Principally the conflict and comedy lies between the show the Warmwaters think theyâ€™re doing, and the show theyâ€™re actually doing.” says David Megarrity on the pair’s dynamic. “We developed the show by feeding what we found in live musical performance into the writing, and then taking that back out onstage. I think the fact that we took risks (and laughed a lot) while making the show lends what weâ€™re doing a core of authenticity that we couldnâ€™t ever have faked.” 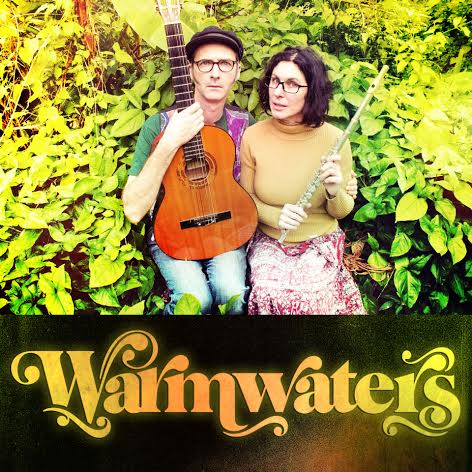 Though musical duos like Lano and Woodley, The Mighty Boosh and Flight of the Conchords are abundant on the worldwide comedy scene, it’s much rarer to see a male/female pair.

Itâ€™s only once we started doing Warmwaters that weâ€™ve realised how rare a male/female comedy duo actually is – a music-driven pair even more so,” – says David. “In this way weâ€™re freed from the comedy rule book and can make up something free from comedic constraints and clichÃ©. The mixed gender has an impact on the power-plays for sure. Itâ€™s a deep well!”

Writing parody folk turned out to be a “starkly different affair” to composing more serious music.

“We could easily have done camp covers of classic folk songs or songs in that style, but I wanted this to be original. With this show, as with all my shows Iâ€™m aiming to theatricalise music and musicalize theatre. The Queensland Cabaret Festival seems a great frame for that kind of caper, so weâ€™re really excited to be part of that.”

What
Warmwaters at Queensland Cabaret Festival