Watch Out For Hello, My Name is Doris

Itâ€™s never too late for a coming of age story. Departing from the common trope, Hello, My Name is Doris, follows sixty-something, Doris who makes a fresh start when she becomes romantically fascinated by John, her newâ€”and much youngerâ€”co-worker.

We first meet Doris (Sally Field) at an outwardly banal funeral service, where she is mourning the loss of her mother. Soon after the service, her brother (Stephen Root) tactlessly entreats her to seek help for her apparent hoarding so they can sell the house she shared with her mother and has lived in her entire life. Apart from her close friend Roz (Tyne Daly), Doris is isolated, which is perhaps why a brief encounter with a young man in an elevator provokes such a fierce and immediate infatuation. Minutes after the meeting she learns he is her new co-worker, John (Max Greenfield), and begins daydreaming about him.

All Doris needs to pursue him is a little nudge from a self-help guru who advises the â€˜impossibleâ€™ can be flipped and be construed as â€˜Iâ€™m possibleâ€™. The resonating mantra emboldens Doris to try and capture the interest of John, opening her up to a new world full of social media stalking, electronica music, mixologists, photo shoots and the welcoming, yet seemingly hollow, â€˜hipsterâ€™ subculture.

Field is perfect as the softly spoken Doris, who dresses vintage, with a big bow in her hair, because she hasnâ€™t changed her style in decades. In her performance Field aptly ensures that Doris is never a subject of derision: the audience is always laughing with Doris, and not at her. One such moment of Fieldâ€™s skilful portrayal is when Doris in her authentic frankness, wearing an Olympic Games, rainbow-coloured visor to an electronica concert, tells the band â€œthat it was a little loud in places and I could have done without some of the explicit lyrics but other than that I thought it was wonderful.â€ 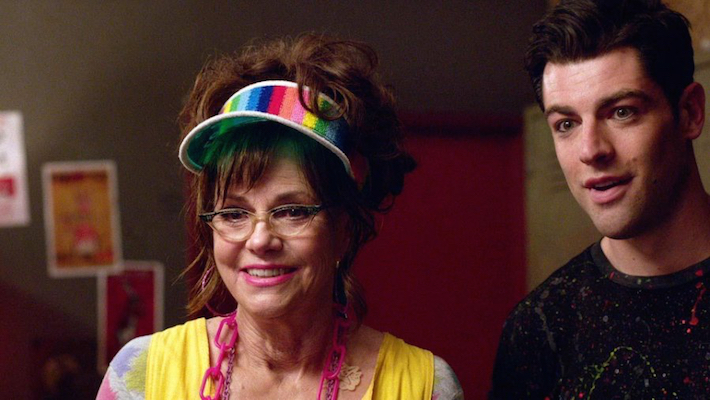 Greenfield, for the most part, holds his own as John, if at times sketching the silhouette of a character very similar to his New Girl role as Schmidt (particularly in Dorisâ€™s romantic day dreams). In those scenes he delivers a line or a look that reminds the audience of his television performance, and for a second he is no longer John.

Director Michael Showalter attempts to thread together serious substance and light-hearted, offbeat comedy. The film hits both notes rather well separately but struggles to blend seamlessly, resulting in a slightly uneven rhythm.

Hello, My Name is DorisÂ poignantly explores the female-specific complications surrounding aging, and how vulnerability and identity intersect with human connection. The way the film deals with age is particularly interesting (aside from the reversal of the May/December romance). It highlights societyâ€™s tendency to marginalise or even discard women after theyâ€™ve reached a certain age, often preventing these women from expressing their feelings about the situation and forcing these anxieties to bubble underneath. But while our society discards aging women, Doris discards that way of thinking entirely. By not thinking in those terms, she allows herself to unashamedly interact with a younger crowd and live life with exuberance.

Unfortunately, Hello, My Name is Doris had only a limited release in Brisbane cinemas, but it is available now on DVD or pre-order on iTunes and Dendy Direct.