We talk Cosplay Performance Groups ahead of Supanova this Weekend!

It’s that time of the year for Queensland; conventions! We start our year off with Supanova in the Gold Coast from Friday April 12th to Sunday April 14th (and another one in Brisbane around November to finish our convention year off!). This year the special guests include actors from Teen Wolf, The Vampire Diaries, The 100 and Game of Thrones just to name a few. However, there’s more to Supanova than just the guests; there’s also cosplay!

Cosplayers have been planning their costumes for months and have either been searching for the best store that sells their costume, or the best store that sells the fabric to make their costume as intricate and accurate as possible. They prepare for cosplay competitions, cosplay parades and cosplay groups. However, there’s a subset of cosplay that’s becoming more and more popular as the convention years go on; cosplay performance groups.

A majority of cosplay groups form based on a shared interest in a particular anime which often include dancing and performing in the show itself. Rebecca, also known as @rivke.cos on Instagram, says she never wanted to create her own performance group based on a show or group that didn’t connect with her or was overdone.

“When I heard of Shoujo Kageki Revue Starlight, I was astonished! Everything about the franchise I fell in love with, and I wanted to spread my love for the series with others. So, alongside with our Claudine (@foxglove.exe on Instagram) and our Mahiru (@Shojoaii on Instagram) I started Kirin Club – a group inspired by Revue Starlight who cover and cosplay the many wonderful performances.”

Bec has been a part of a few cosplay performance groups before. After her first performance, she was hooked.

“My first performance in cosplay was honestly exhilarating! I had been performing in music settings for many years prior, so performing in cosplay wasn’t too much of a change for me. However, it was my first time ever dancing so I was nervous about how well I’d actually do. And looking back on it, you could definitely tell dancing wasn’t my field, but I got through it and wanted to perform again ASAP!”

“Kirin Club’s first performance was quite daunting as we had a lot of mishaps happen right up until the morning of, including other members dropping out and song changes. But getting up on stage and actually putting on a pretty great first performance felt pretty amazing. Both me and Cassie (Kirin Club’s Mahiru) did a fantastic job given the challenges we faced. 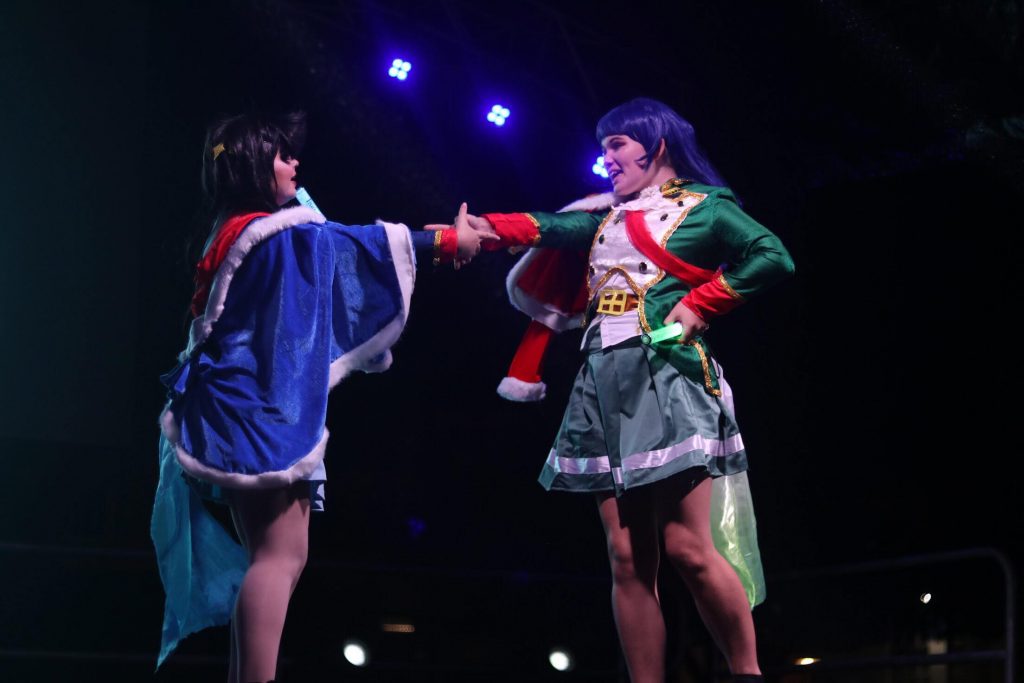 Bec and Cassie. Photo by @Zenzlia

Bec explains how preparing for performance events changes per event.

“Both of us worked really hard individually on our costumes and had weekly dance rehearsals in order to prepare. Each practice we would warm up, discuss any issues or difficulties we were having with our parts, and change bits here and there of the choreography to make a 4-person dance work for us.”

Prior to Bec’s creation of Kirin Club, she has been a part of large groups before that all specialised in popular anime Love Live. She was the Nico for Astraios’ 88 in 2014, Dia for Aquaria from 2016-17, and Ruby for Musette in 2018.

“I love performing in a large group, and Kirin Club hopes that the near future we can expand our group to perform with more people! However, I feel from experience there’s a lot more pressure to perform as a small group, as there’s more attention on everyone as a collective which means everything has to be just right. But, in a way, I feel performing in small groups, it challenges you as a performer and improves your confidence for when you perform with more people.”

Talking with Bec, her love for performing in a cosplay group is clear.

“The stage for me is somewhere I’ve always known as home, so for me, the very best part of being in a cosplay performance group is having new opportunities to enhance performance skills and build confidence! My favourite part about performing is making the audience feel something – happy? Sad? Inspired? Just the thought of leaving an impression on even just one individual fills me with joy and gives me the courage and motivation to perform on stage with my group who all feel the very same.” 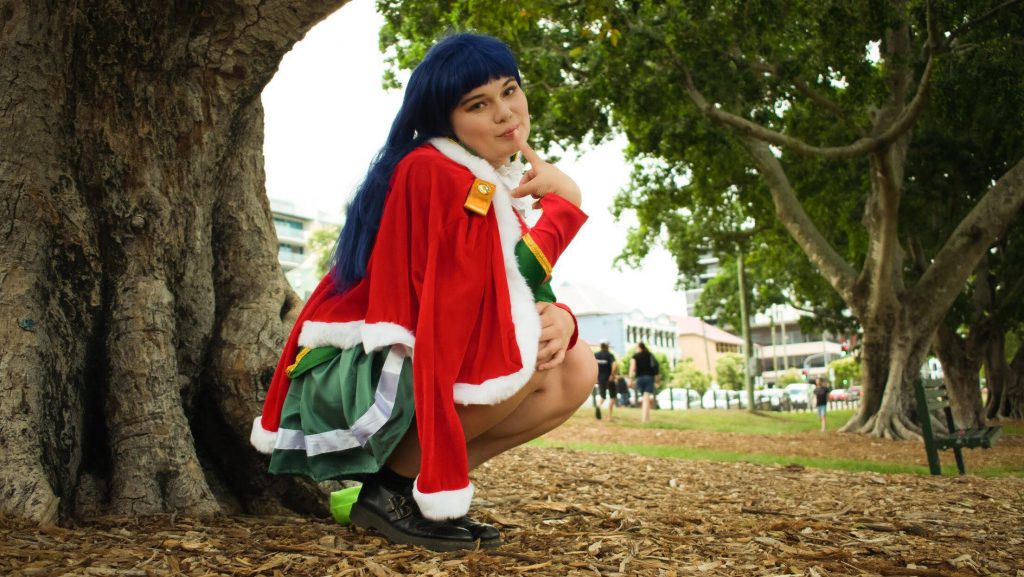 Kirin Club started in September of 2018, but it’s clear they’ll be around for a while. Their passion is strong and their love for performing continues to grow.

“Although we’re fairly new as a group, we’re going to do our best and work as hard as we can to be just as great as the other cosplay performance groups in the community. We’re still small, but we’ll grow both in members and confidence in the future and we hope that everyone can hold their heads high as we perform just for them and join us along in our very own Revue of Passion!”

Cosplay performance groups often participate in the Cosplay Competition throughout the Supanova weekend. So bring your light sticks down and watch the large variety of cosplay performances on either the Saturday or Sunday!