Innovative indie quintet Topology have announced their 16th album, We Will Rise, will be an anthem of resilience.

Releasing digitally on Friday 19th June at 7pm, the album features ten tracks curated from their back catalogue and new compositions.

We Will Rise explores themes of climate disruption, traumatic natural events, the global pandemic, and the need for hope for recovery.

The Creative Issue spoke to Topology Co-Director and composer, Robert Davidson on the album and their experiences in isolation.

The Creative Issue: Congrats on releasing your 16th album, We Will Rise! How excited are you to release new music during iso?

Robert Davidson: It’s exciting to be able to release, when lots of other opportunities have been taken away, like performing and touring. So, it’s great to be still getting things out there. It’s always been a real thrill to release music. I grew up obsessed with records, cassettes, CDs, it’s always very exciting to be part of the recorded music world. To also capture a moment in time. 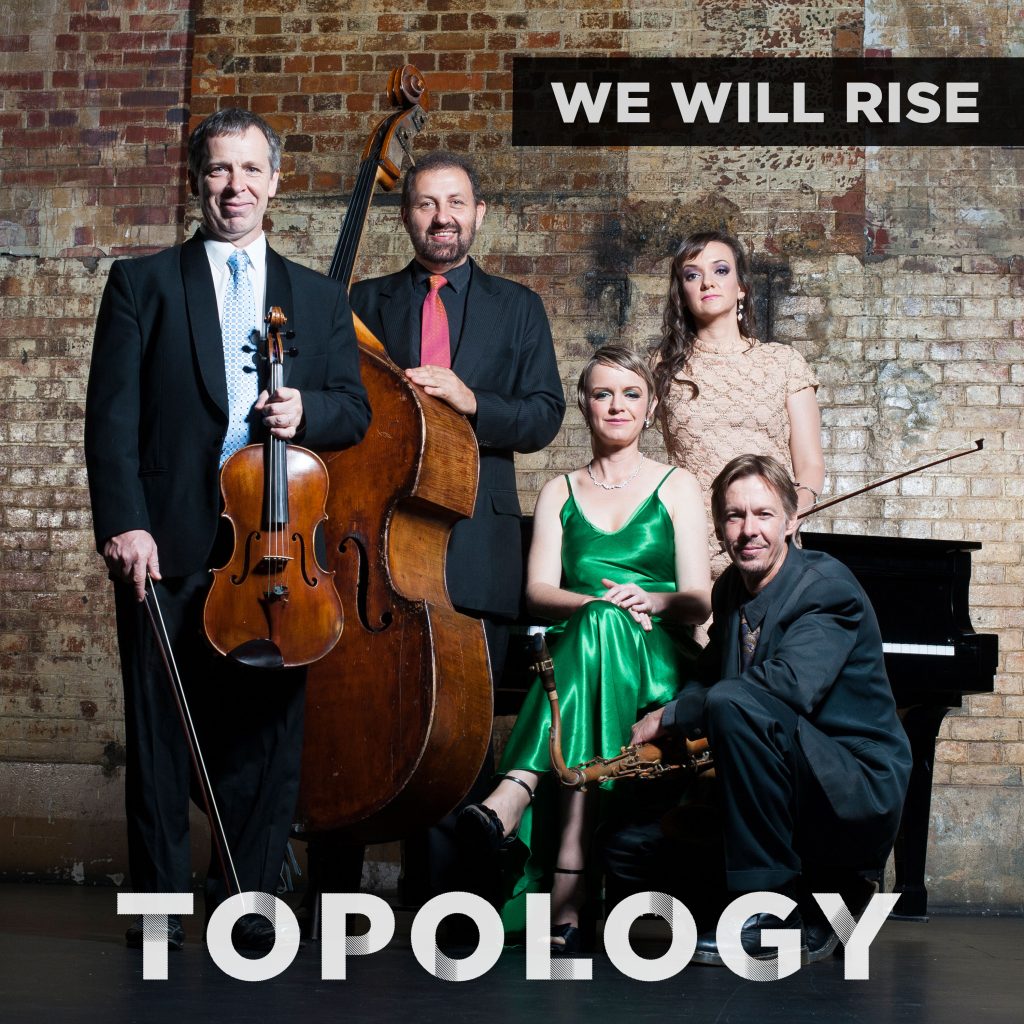 TCI: What was the process like for recording this album, given the current COVID-19 restrictions?

RB: Fortunately, the music was already mostly quite well-known. We were preparing for a performance at GOMA, for their Water exhibition, back in March, it just seems so long ago now. The same week that we were about to play, the lockdown came in to force and all concerts were banned. We just had a rehearsal on the Saturday, then on the Monday, lockdown came. So, we did rehearse all that music.

When we recorded it, we multi-tracked it, so we just played on person at a time in the studio. The engineer was socially distanced away in the control room with the mixer. So, we played each part separately. That’s actually how we record normally, so we can get the real clarity and separation between the instruments. That was not actually unusual for us. 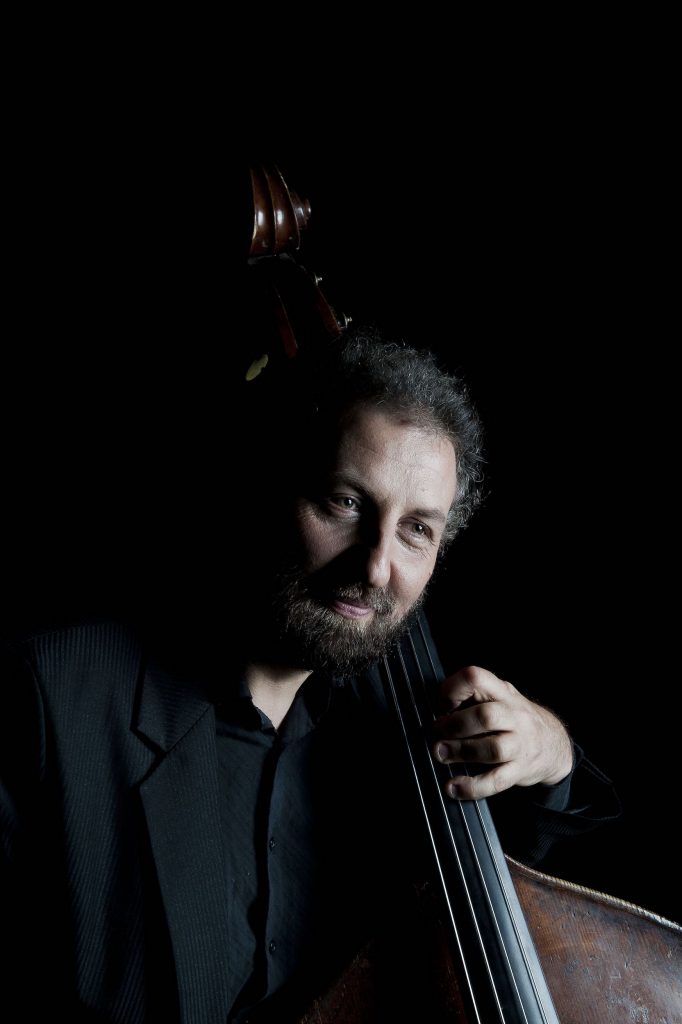 TCI: We Will Rise uses audio from historical speeches, set to a track of original music. As a composer, what do you enjoy in cross-art collaboration, pushing boundaries, and experimentation?

RB: That’s really big part of why Topology got together in the first place, to push boundaries. We all came with a common interest in doing new things and collaborating. We’ve been collaborating since the beginning of Topology. We try to encourage a vibrant local scene, where lots of people are stimulating each other and sharing ideas. Part of what we found was good with that was to collaborate with people from quite different backgrounds.

So, one of the tracks, with Martin Luther King’s speech, was actually a collaboration with a jazz group. Although we have a certain sort of jazz flavour in some of our music, we’re a contemporary classical group. To collaborate with different genres has been something we’ve enjoyed for a very long time. It helps you to get away from your assumptions and opens up your mind. I think it’s been very great for Topology to do that, to stretch our brains and question what we do, because that’s given us a bigger range of expression. It’s also just fun to work with other people.

TCI: What role does art music play in socio-political and environmental discussions, especially during a global crisis?

RB: Well, my perspective is that one of music’s great strengths is communicating beyond just words, and beyond purely rational thinking. So, getting into emotional communication, particularly empathy. While it can communicate a message and we have messages in this record — we’ve got Martin Luther King saying ‘I have a dream’ — there’s more than just the actual message. There’s the person saying the message. To me, that is what music is really all about. I focus in on how music can bring people together and help them to share in emotion.

When there’s political or ideological divide, I think music can get across those boundaries, because we’re all human. You might disagree with what someone’s saying, but you can’t disagree with what they’re feeling. You can identify in yourself and share empathy. That’s really helpful during a global pandemic, because we can share in a common experience. We’re all going through so many different things, and in different ways. So, to make music in this time is a way for people to find some common ground. So, I think the main purpose of music is to build bridges, empathy and connection. 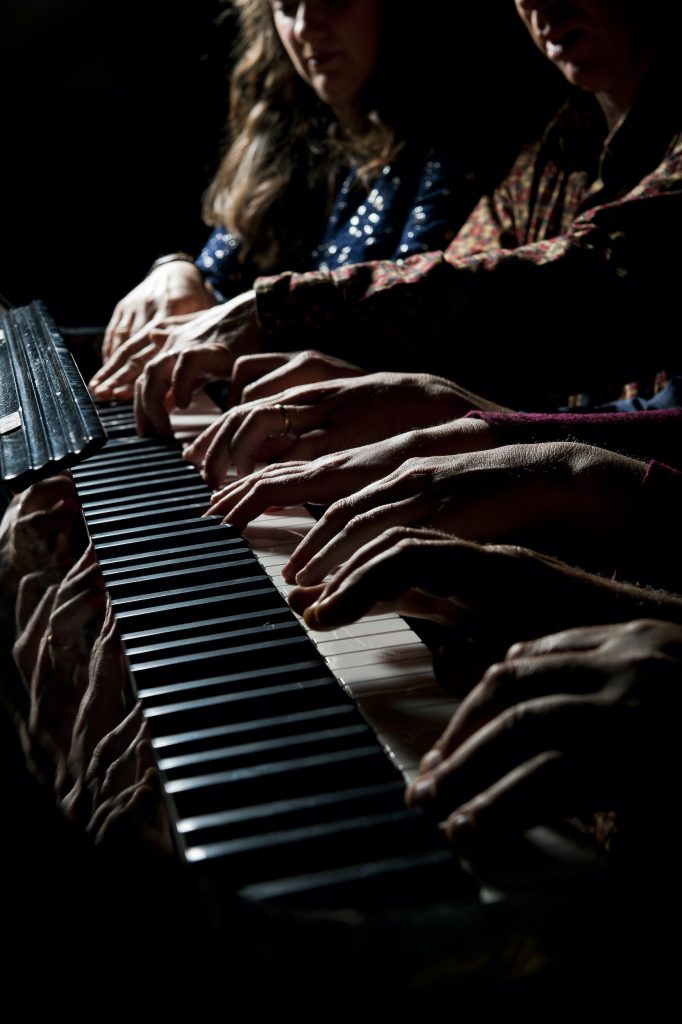 TCI: What has it been like to direct Topology through these uncharted waters?

RB: Well, it’s been interesting. It’s not necessarily been just me directing, it’s more of a team, even though my moniker is artistic director. I think we’ve all pulled together. Christa, our violinist, has been very active, and so has John, our saxophonist. What they’ve done, which I think is really amazing, is to set up ways to make music across the technologies available online, through Zoom. We connected our education program, Top Up, thorough teaching songwriting and composition online, and also performing for Musica Viva. We’ve been doing performances using Zoom, and next week, we’re doing a bunch of them for schools.

At first, it was really worrying, like many arts organisations, there’s a threat to whether you’ll be able to continue, if you can’t do concerts. We’ve lost a lot of gigs and income, because of that. So, we’ve shuffled things around and found a way through. We’re using the time to devise lots of new work which will be able to blossom once we’re able to get a large number of people in one room. We’re also doing lots of things online.

TCI: How successful was TOP UP Online, and what was the experience like for you as artists and mentors?

RB: I think it’s been really successful. There’s a way you can teach with video chat which is actually really effective, you’ve got the full attention of the student. You can share files back and forth and really make it work.

We’ve only started doing performances now that we’ve been able to have more than two people in a room together, so we’re doing a quartet version of Topology. We’ve all been going into the room, with metres between us, using mikes and going into the one mixer. The difficult thing with Zoom is synchronisation. The software does a good job of making it feel like you’re in the same time, but there’s actually quite a significant lag. If you’re playing music, that’s not really going to work for the tempo and beat. So, what we’ve found is that we have to be in one space and go through one channel. We’ve all got our own screens, multiple computers and phones, but through the one audio signal. So, it’s been really fantastic to play music together, with three other people, who you know really well and you know how they sound. 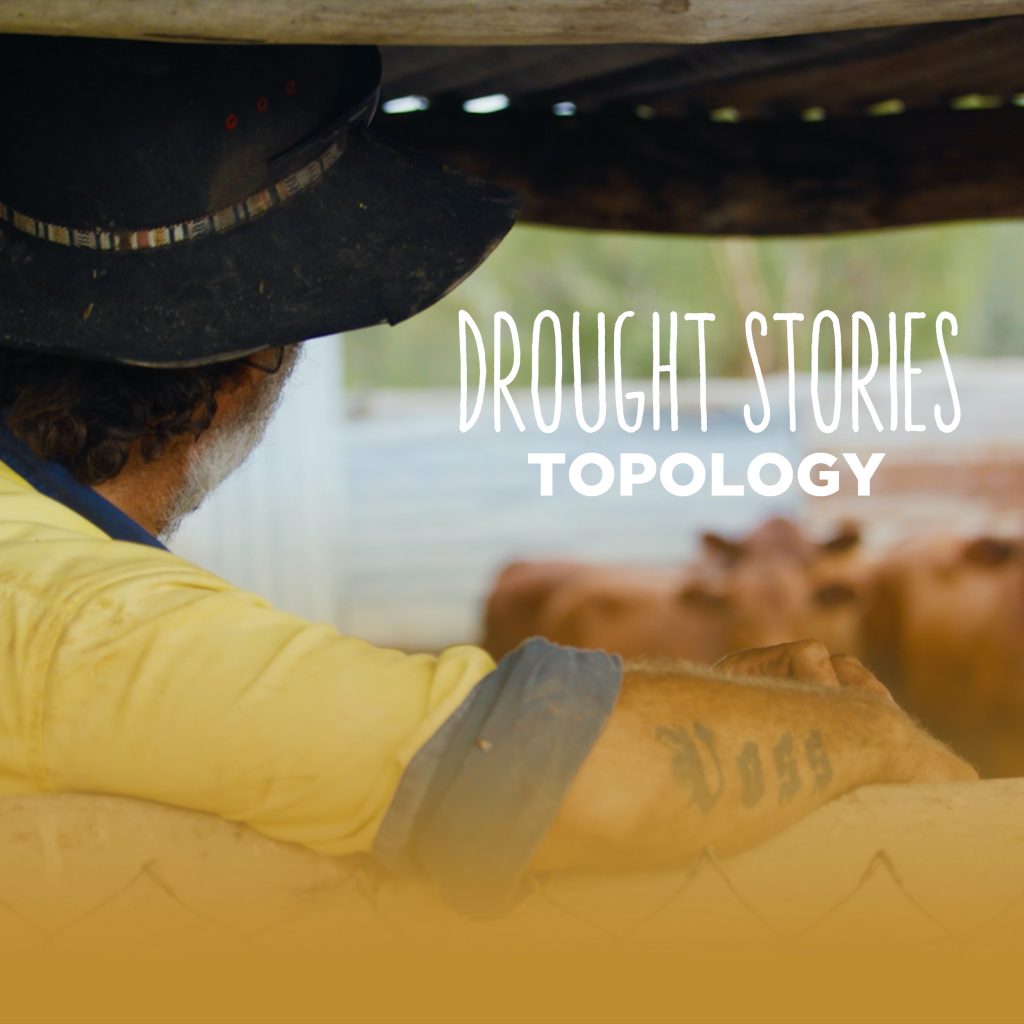 TCI: After all this, what are your plans for getting back into the community to finish Drought Stories?

RB: So, Drought Stories is one of our big priorities and we’re just loving doing that. Though the bushfires and coronavirus have been dominating people’s thinking, the drought continues. So, we really want to bring that to people’s attention. Coming back to that idea of empathy, to try to share what it’s like to go through a drought. So many people have been affected. To make music where we incorporate people’s stories and interviews and help people to feel more solidarity, and maybe some action can come out of that. I think there’s something powerful about hearing people’s stories and connecting with their experience. That’s a big part of what we are interested in doing with music.

We definitely want to get out into the community again. We’ve certainly hatching plans for more collaborations and more music-making.

We Will Rise releases digitally on all platforms 19th June, 7pm.