Dance has to be one of the noblest forms of art around. The human body is put in sometimes difficult and grueling situations to create movements and poses full of grace and portraying a beauty that hides the effort. So pairing it with illusions, shadow and circus, must indeed create a heady mix that would create a surprising and unusual performance, right? Well, thatâ€™s exactly what Pilobolus have done with their smash-hit production, Shadowland. A performance that transcends the idea of a dance genre, it once again prepares to â€œenvelopâ€ its audience and take them on a journey. It was created in 2009 and was toured all over the globe, gracing Australian shores in 2014. Now, the show is returning to delight many, young and old, and will light up the QPAC Playhouse in Brisbane this month. On Monday afternoon, The Creative Issue spoke to one of Pilobolusâ€™ dancers, Heather Favretto about herself, the show and eating Vegemite the proper way.

A proud home-grown New Jersian, Heather grew up learning to expel her hyperactive energies as a child through dance, and found it was something she was really interested in. â€œIâ€¦was kind of running around the house all the time when I was little so my parentsâ€¦stuck me in some dance classes. And it just kinda took a hold andâ€¦I just kept adding more and more dance as a child and then I got more into theatre, and was doing musical theatre and some classical theatre in high school and stuff like that ,but I felt like I wanted to get more training in dance so I went to university for dance.â€ 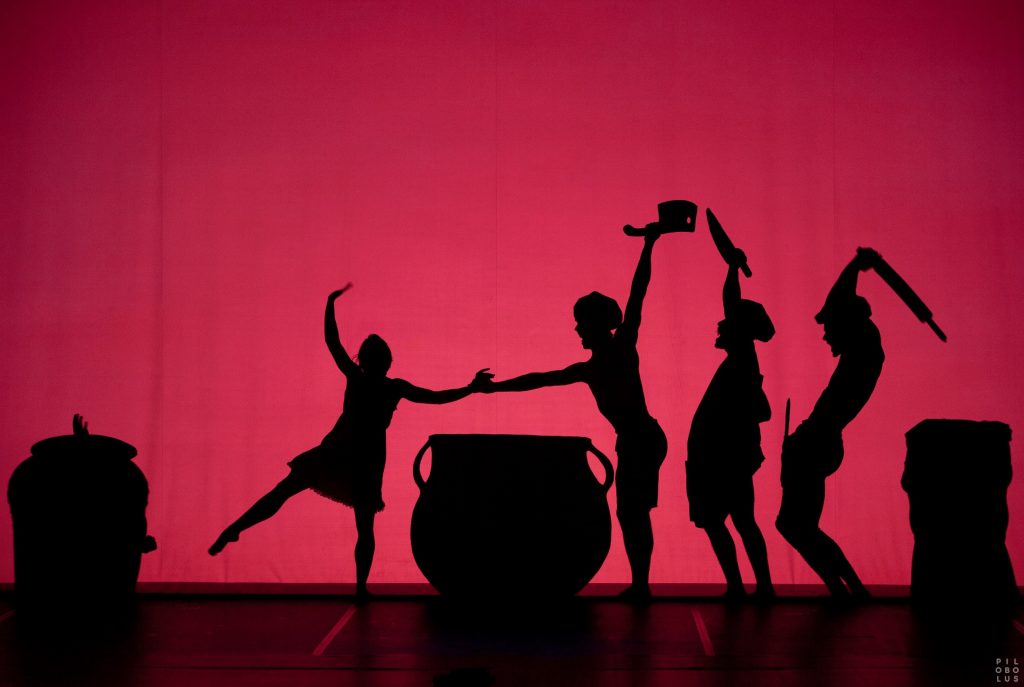 After auditioning for Pilobolus andÂ  finding a place among their ranks, Ms Favretto has enjoyed six years with the company and travelled to Australia for the first time in 2014 when the show first toured there. â€œItâ€™s fantastic. Itâ€™s like a dream job, you knowâ€¦when youâ€™re a dancer itâ€™s hard to get a job, period, but when then you get a show thatâ€™s actually something you love doing every nightâ€¦the musicâ€™s great and you believe in the character, you believe in the story, that kind of thing, itâ€™s a rare treat and I just feel super lucky that I was able to land this gig.â€ When asked what genre of dance was performed in Shadowland, she explained: â€œWhen people ask me â€˜what kind of dance do you do?â€™ I usually say, you know itâ€™s athletic, itâ€™s physical and itâ€™s very theatrical… So itâ€™s somewhere betweenâ€¦ theatre, contemporary and circus.â€

Being a part of Shadowland is not without its challenges, however, with the dancers relying on their bodies to cast shadows and create â€œhuman puppetryâ€ it can be quite a process to achieve something that seems simple. â€œSo the character that I play, actually gets turned into a dog half way through the showâ€¦ so then from that point on Iâ€™m animating this dog headâ€¦the snout is made by my elbow, and my fingers make the ear and sometimes the tongue. And so, itâ€™s kind of like human puppetry like Iâ€™m ‘puppeting’ this dog but am using my own body so in that sense itâ€™s really challenging to try and make it dog-like and believable when itâ€™s really just an elbow and a hand,â€ Ms Favretto noted. 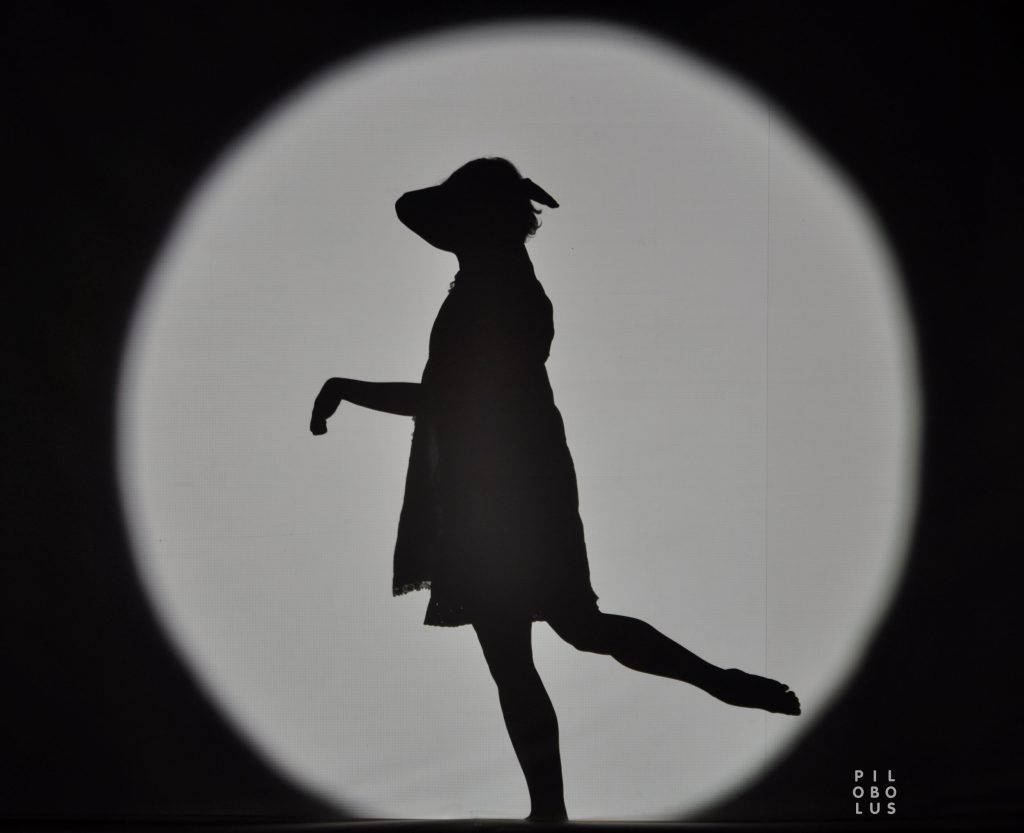 So what would be the best and worst part about working on the show? She laughed and said â€œI would say the best partâ€¦itâ€™s kind of clichÃ© but I canâ€™t not say it, itâ€™s definitely performing every nightâ€¦ Thereâ€™s so much to be learned from doing eight shows a week, itâ€™s absolutely glorious. And I would say the worst part isâ€¦sometimes, we do a lot of partnering in this show, so these guys are lifting me and Iâ€™m running around on their backs and stuff and they get quite sweaty. And so they get quite slippery and so sometimes Iâ€™m like digging in with my little toes or my fingers, just to hold on for dear life.â€

Pilobolus will next be taking their show to tour the U.S. for the first time ever, something that seemed to amuse Ms Favretto despite there being a hint of pride as she spoke of â€œbringing it homeâ€. Pilobolus has also devised a second Shadowland, something completely different to the first and will be sending it to Europe soon.

GET READY FOR THE 2016 BRISBANE FESTIVAL