Resurrecting a critically and commercially flopped 2001 film as a mini series is an idea that took 14 years to become brilliant. Because in that time, three key things occurred. One, that filmÂ becameÂ a cult hit, generating a massive following through midnight screenings and word of mouth. Two, seemingly every bit part actor from that weird indie filmÂ gained notoriety in the ensuing years. Quite aÂ few of them became outrageously famous. Three, the rise of Netflix changed television as we knew it.

Wet Hot American Summer, if you havenâ€™t seen it, is a deranged classic. Taking part on the last day of an 80â€™s American summer camp, it is a foul-mouthed, cartoonish take on the coming of age movie that manages to cram in jokes about everything from a rogue satellite to heroin addiction. Itâ€™s a style reminiscent of the Naked Gun series, one thatâ€™s more interested in jokes than characterisation. Over the course of a montage a character might fall into a spiral of heroin addiction and violence, yet in the next scene theyâ€™ll be choreographing a performance of Godspell. If the film had any dramatic or formal aspirations whatsoever, it would be a disaster. Fortunately, its only goal seems to be funny and it is deeply hilarious, thanks in part to its amazing cast. 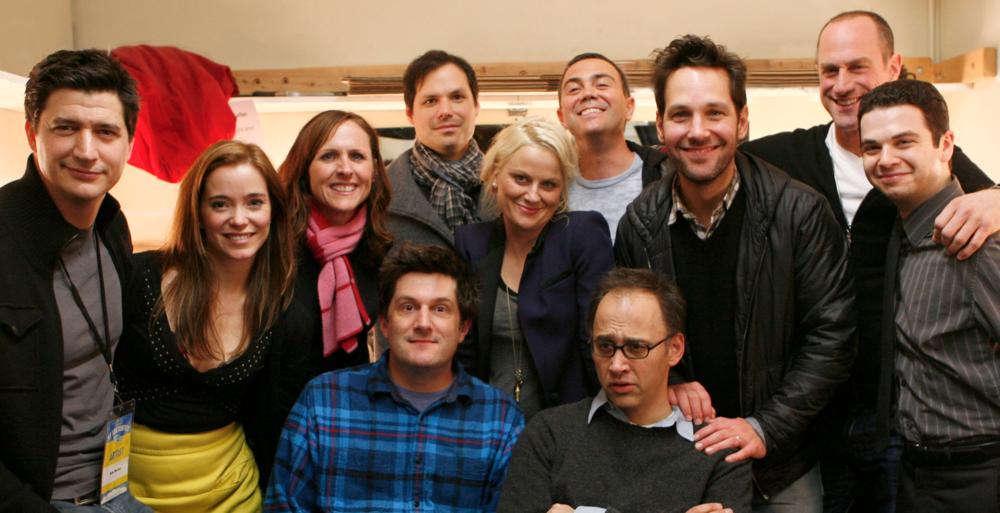 If this article was written in 2001 it would describe the cast as a talented group of sketch performers and up and coming actors. We now know them to be some of the finest comedic actors of their generation. Amy Poehler, Paul Rudd, Elizabeth Banks, Molly Shannon, Janeane Garofalo, David Hyde Pierce and a host of others populate the camp. Itâ€™s a film so retrospectively stacked with talent that itâ€™s barely a surprise when you find yourself watching a talking can of vegetables give advice to Christopher Meloni (of Law & Order: SVU fame) and you realize that the can is voiced by H. Jon Benjamin, Sterling Archer himself.

At one point Ben (Bradley Cooper, who appeared in this film after something called Gen-X Cops 2: Metal Mayhem, according to IMDB) suggests to his fellow campers that they â€œall promise that 10 years from today weâ€™ll meet again and weâ€™ll see what kind of people weâ€™ve blossomed into.â€ Incredibly, Netflix has given us this chance. Well, sort of. The series premiering on the 31st is actually a prequel, set on the first day of camp (rather than the filmâ€™s last). Actors whoÂ were way too old to be playing teenagers in the original film are now in their late 40â€™s. Itâ€™s an insane idea that, judging by the series trailer, might pay off in dividends.

Aside from boasting one of the best character entrances since Travolta in Saturday Night Fever (â€œWhatever. Smells weird, who beefed?â€ surely will become a catchphrase for the age), the trailer shows not only that the whole cast has returned, but that theyâ€™ve added Kristen Wiig, Jason Schwartzman, Michael Cera, Weird Al Yankovic, Jon Hamm and doubtless more.

In the original film, Janeane Garofalo said, â€œWell guys, weâ€™ve made it to the end of the summer in one piece, except for a few campers who are lepers.â€ On July 31st, Netflix will give us the gift of finding out who exactly got leprosy. Our moneyâ€™s on Weird Al.

The Director of the Analogue-Digital Conference; Matthew Haynes