The Wharf Revue Just Gets Better With Age

Nostalgia is back, baby.

With the Spice Girls releasing new music, Pauline Hanson once again a fixture on the political landscape and PokÃ©mon making a sudden return to pop culture dominance, all that was old is new again. At least, this appears to be the theory behind theÂ Wharf Revue’s limited run at QUT Gardens Theatre. 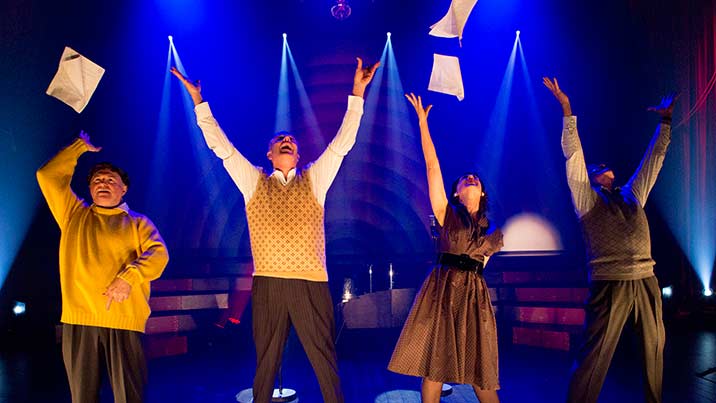 The Revue is a Sydney Theatre Company comedy institution and is in Brisbane as part of their victory lap tour, celebrating fifteen years of musical sketch comedy and absurdity. The comedy collective is the brainchild of veteran Aussie performers Jonathan Biggins, Drew Forsythe and Phillip Scott. While all three men are gifted physical and comedic performers, with decades in Australian theatre, guest star Amanda Bishop stands out for her versatility and huge talent.

The sketches span almost a decade, beginning with a skit about the end days of the Howard government in a Hitler-esque bunker and encompassing many of the political scandals and events since then. While well-written and performed, often such topical humour doesnâ€™t age well â€“ a gag about the AWB kickbacks scandal sails past the audience, and a ballad about Mark Latham never really comes together. A reliance on broad shtick and sitcom tropes also threaten to overpower a meandering farce about the Palmer United Partyâ€™s small membership, and a song lampooning both Eurovision and the financial woes of Greece, using the music of â€“ yup â€“ â€˜Greaseâ€™, quickly becomes hokey.

For my money, the best moments are those where the show swerves past expectations or shows off its castâ€™s formidable talent. Drew Forsythe as Qantas CEO Alan Joyce delivers a show-stopping moment, standing alone in a spotlight, as he declaims a witty and intricate stream-of-consciousness poem inspired by James Joyce. An unexpected slow jazz number about former NZ Prime Minister Helen Clark is fresh, original, and, most importantly, funny. Speaking of funny â€“ the price of admission is worth it for Bishopâ€™s Jacqui Lambie impression alone. 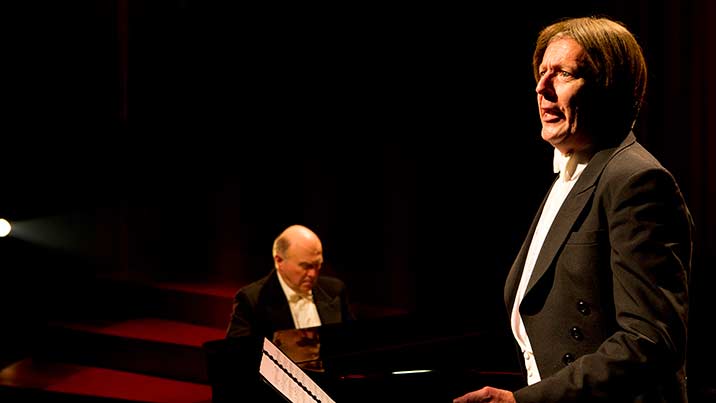 A revue often lives or dies by its music and songs, and here the cast really prove their mettle. Co-creator Phillip Scott pulls double duty as musical director and plays most of the music, often while costumed and singing in character â€“ an impressive feat, as any musician will tell you. All four performers are excellent vocalists, with not one bum note in the ninety-minute performance. Highlights include a rap song performed by one MC Christopher Pyne in a pitch-perfect South Australian accent.

As the opening song pointed out, many of the problems facing Australia when the Revue was first created are still here today. Rising nationalism, a fractious Senate, leadership challenges; nothing much seems to have changed in the last fifteen years. But if history seems doomed to repeat itself, Iâ€™ll gladly sit through another decade of instability if it produces a show as funny as this one.

What The Wharf Revue

Return of the Regional Flavours Festival this weekend