We spoke to WHARVES’ Matt Collins about their latest single ‘High School Hero’.

WHARVES hail from just over the border in Lennox Heads and have had a huge eighteen months. Whether it’s opening up for Splendour in the Grass last year as the Triple J Unearthed winners or packing out rooms at BIGSOUND, WHARVES have played to plenty of people across the country. They released their latest single ‘High School Hero’ last month and are in the middle of an accompanying tour. Finishing it off in Brisbane, they play The Triffid this Sunday at the Squeeze Fest.

We spoke to Matt and had to ask how it was playing at Australia’s biggest festival. “I was at work when I got the call from Triple J Unearthed and they didn’t say who they were. He was like ‘hey buddy, how you going?’ and I’m like ‘good’ and then like ‘it’s Declan here from Triple J Unearthed. What are you doing for Splendour? Are you going? If you’re available, we’d love to have you play.’ He was really almost a bit sneaky and suspicious about the way he was calling. I basically was over the moon. Then I messaged everyone in the band in capital lock ‘THIS IS NOT A DRILL, WE’VE JUST WON SPLENDOUR’ and everyone’s like no way. Mike was crying, he’s a barista so he’s just crying into the coffee cup. People were getting salty coffees.”

So how did they prepare for such a big event? “We practiced religiously and timed the set perfectly within a few seconds. We could play just under 30 minutes which is the allotted spot. So we just practiced and practiced then once we got up there, it just felt really right. We always dreamed of being on a big stage like that. It such a cool thing to play on probably the biggest stage in Australia, it’s incredible.”

Continuing to play festivals around the country and supporting bands like Dear Seattle, Kingswood, Ocean Alley and The Vanns, it’s easy to notice the increase in crowd size. “BIGSOUND was really good, we had two showcases there. One was a smaller room which was full then I just got this sense that everyone who went to that show told everyone to come to our next show the next night which was a bigger venue and it was full. It was really cool, I was really stoked on it. Then Festival of the Sun came from BIGSOUND and Splendour so it was a bit of a snowball thing. We did a tour at the same time and the audiences were growing and the engagement online was growing because people were telling their friends. It was really great.” 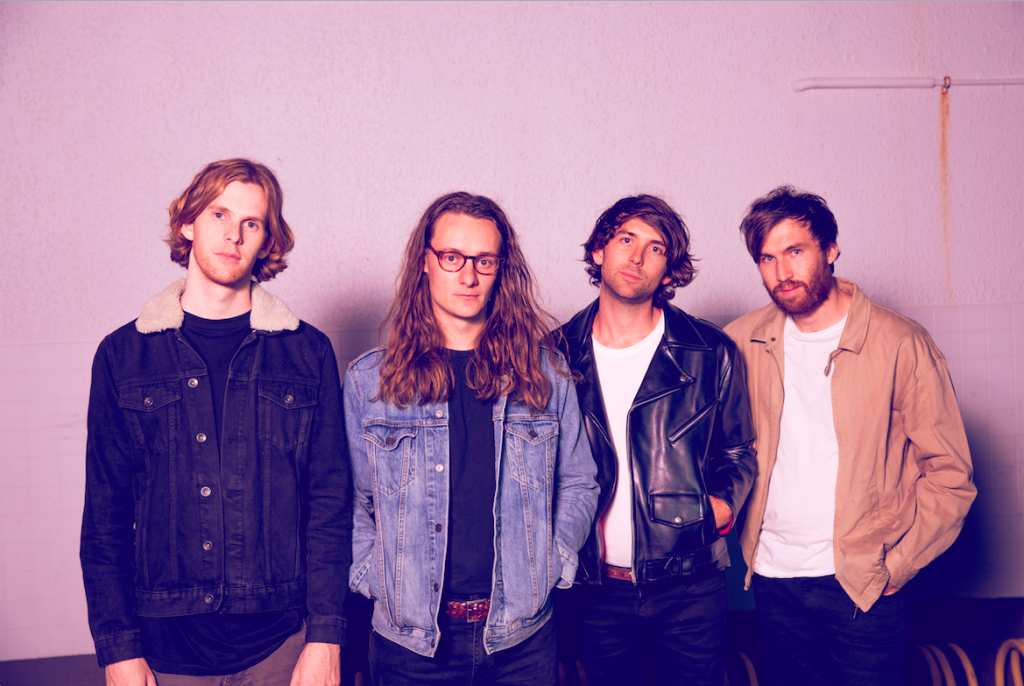 We also discussed when it clicked for Matt that they could be in a successful band. “Once we got our first plays on radio stations. Getting a manager and a booking agent as well. It’s like not only have we been working hard and taking it all pretty serious but there’s people around us that believe in it as well so they were confirming moments. Probably the biggest one, it doesn’t sound that big to an outsider but to us, there were people who were learning out songs and were trying to play the guitar parts or the drum parts so that really blew my mind that people were wanting to learn how to play our songs. We’ve done that with so many of the bands we love, it’s just really confirming as well to have kids come up at shows saying they really love learning specific songs. That was a big moment as well.”

Originally intended to remain as a demo, ‘High School Hero’ wasn’t meant to see the light of day. “That was a demo that Mike and I wrote called ‘Idle Hands’ we were just hanging out and drinking a bit of red wine at his house. It just came out of nothing as a bit of joke but at the end of it it sounded great but put it on the we probably won’t look at it ever again pile. But Scott, our bass player, was like ‘I really like that one’ it’s got such a groove, it sounds a bit like Queens of the Stone Age or something like that. When it came time to record, Scott said to put that one forward. Our producer Steven Schram, loved it and said it was kind of like Franz Ferdinand and could see a bit more to it. In the studio, we didn’t have a solid chorus for it, we had a chorus but it wasn’t really the right one. We pictured a bit of chanting but I didn’t have any lyrics so I took lyrics from a different song called ‘High School Hero’ that was a ballad and did this goofy voice like Talking Heads or Vivo. Everyone was like that’s how it should be. It was a song that could have gotten lost in the many demos that we do but I’m really proud of it. It’s probably the most fun track we’ve ever written.”

The single artwork is a classic black and white image from the 1950s so we asked Matt where they found it. “We were looking at different artworks. One thing we’ve been doing is going through hashtags on instagram and finding different artworks that already existed or great photographs. I think Scott found this one and we were like let’s try and do this one. We did a bit of research and found out that the photographer had died and thought we had to go with something else. Then we put it to our manager who hit up their estate and they said ‘yeah, for this small fee you can use it on x amount of platforms.’ It was so ideal, it really captures the song and the vibe. Then we found out maybe a few weeks before it came out that Morrissey from The Smiths has actually used other photographs from the same dude. His name is Roger Mayne and he was an amazing photographer from the 1950s and that photograph I believe in from the late 50s. That Morrissey connection was really great but we just loved the look, there’s so much to it.” 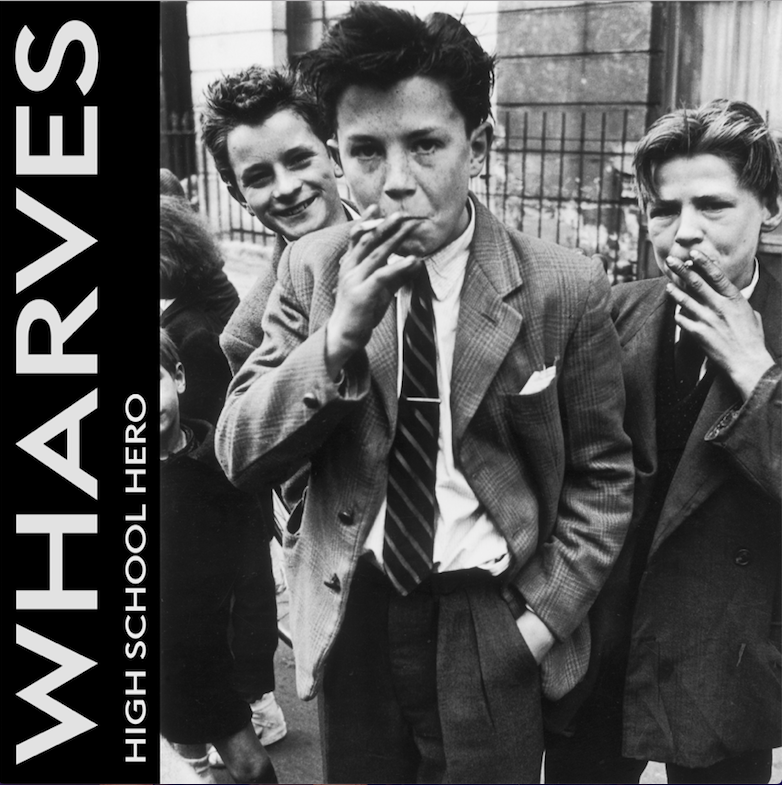 This single has been highly anticipated because of WHARVES’ snowballing popularity. “It’s probably been the strongest initial response to a song we’ve put out. A lot of other bands and a lot of people around us are like ‘this is the coolest thing we’ve heard in a long time’. We’ve had good radio spots like community radio, Triple J and local radio as well so that’s been really good. A lot of people know all the words straight away. I’ve been really happy with the response.”

This is WHARVES fifth single but Matt assured us that there is more to come. “When we did [‘High School Hero’], we recorded two other songs so we had three ready at the start of the year and we’re just planning the rest of the year. We’ll probably jump in the studio before we release another song. Possibly do an EP and might go from there. We’ve got some great music that’s already been recorded and it’s ready to come out we’re just not exactly sure when it’ll come out.”

The Squeeze Fest is this weekend but what can people expect from a WHARVES live show? “We’ve been having a lot of fun with the whole ‘High School Hero’ theme. It opens with a school bell and a voice over that sounds like you’re in class. We’ve got guitar battles, drum solos. It’s a lot of energy and a real journey from our earlier stuff to where we are now so it’s really exciting and people are walking away having experienced something. It’s not just a band standing on stage, they have a real experience, a bit of a journey.”

If you can’t make it to this Sunday, I’m sure WHARVES’ next visit to Brisbane isn’t that far off but you can grab tickets here.