What Did Kendrick Lamar Say?: A Bluesfest Recap

The Byron Bay Bluesfest has just passed us by- a marathon of good music, the best times and everlasting memories, a lineup of incredible talents from all over the world. Bluesfest is a festival completely dedicated to the essence and experience of music, with a magnanimous setup of five stages and a timeline spanning over five glorious days, each day showcasing acts that sounded different and diverse but all holding a fundamental love for music. As many priceless moments as there were, this review is dedicated to a particular artist who dominated the lineup with his music, his soul and his undying artistry: Kendrick Lamar. 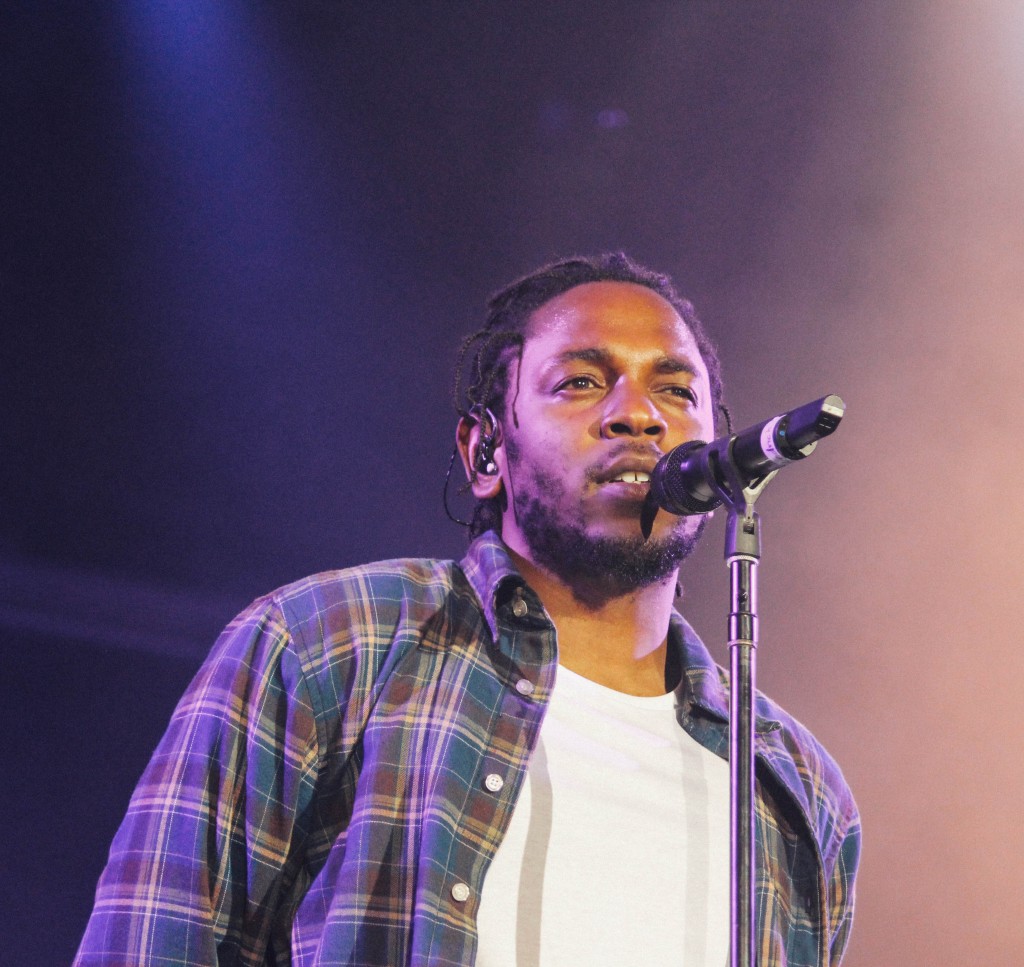 Hailing from Compton, California, Kendrick Lamar himself caused a ruckus before even entering the stage. As I was standing in the photographer’s pit, feeling a sense of nervousness I had not previously experienced with any other artist, I saw spectators piling up towards the stage. Perhaps the organisers had underestimated Kendrick’s impact, or perhaps they did not anticipate such a huge crowd forming in such a hasty amount of time, but with the multitudes of eager fans congregating together at the main stage, it became obvious that Kendrick Lamar had spoken to his fans in a profound way, and they wereÂ about to hear him speak in the flesh.

He entered the stage. Behind him was a plain black screen that read the words, “What Would The _____ Man Say?” – Cornrow Kenny. The ‘blank’ said nothing and simultaneously said it all. Lamar was communicating to us, with that simple line, about the diversity and culture that inhabits this Earth and explores the different ideologies and beliefs that have caused tension between races and religions. The question beckons us to ask about our differences, but more importantly urges us to ask about our similarities as the human race. Lamar understands the beauty and purity of solidarity and unity, and with that simple line, brought everybody at Bluesfest together.

He walked towards the microphone and said nothing. He shook his head and walked away. He walked back, and then once again retreated. He teased the crowd, knowing the weight of the first word he would utter. The first song he sang was ‘For Free (Interlude)’ and the rest was history. 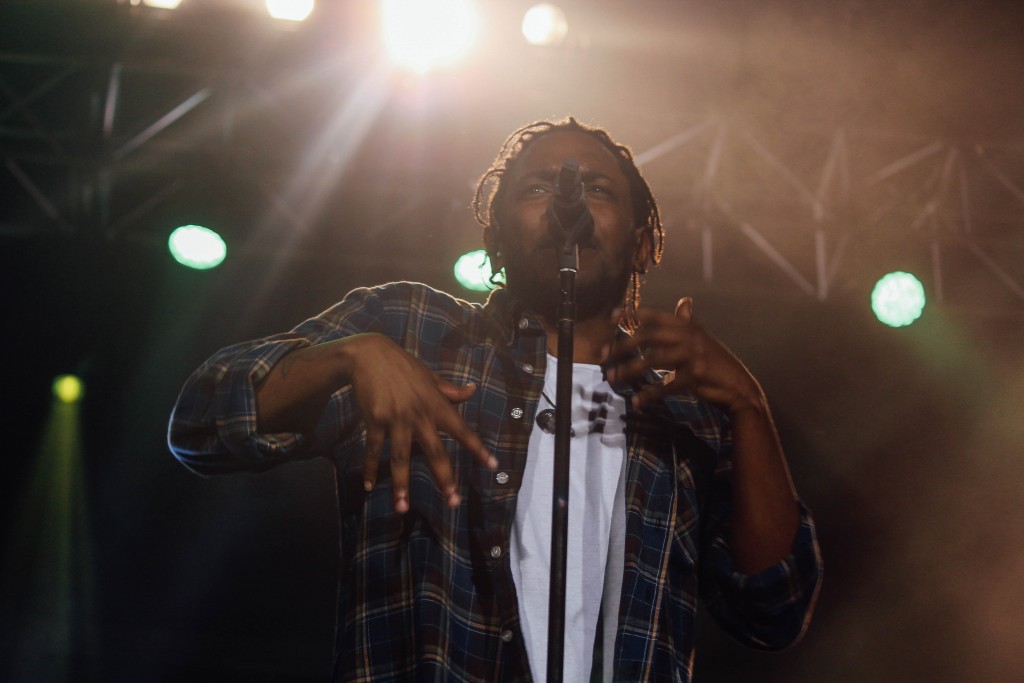 His set consisted of songs primarily from ‘good kid m.a.a.d city’ and ‘To Pimp a Butterfly’, both pivotal moments of his career. Watching those two albums being blended into a set showed Lamar’s diversity and growth as an artist. The most hypnotising part about his live persona was how he seemed to not have a persona at all. He was humble Cornrow Kenny, communicating in the best way he knew how.He seemed like a regular guy with a lot on his mind, a man in plaid, spitting bars as if his life depended on it. Watching him rap with vigour and intensity, it felt like his life may just have.

When Lamar raps, he does it with a raw energy that makes you feel like he’s preaching. And when you listen carefully, you’ll find out that he is. He preaches about his hometown Compton, what it means to a black man in a pre-dominantly white society, his mortality, his love, his strengths and his weaknesses, and the blood that runs through his veins. He exudes a power in his poetry that comes through his lyricism, and to see him perform those words with as much force as he spits them was something everybody knew would be somewhat life-altering. 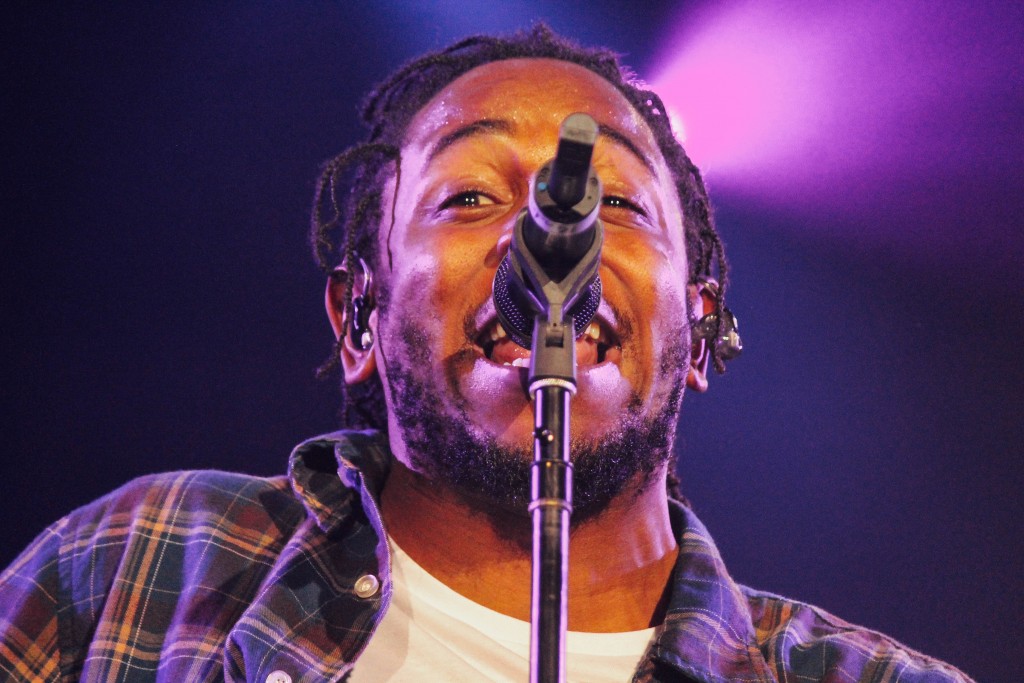 He performed ‘u‘ and completely moved the crowd with his brash honesty. He laid out all of his insecurities onto the table, fully exposed in front of thousands of people, rapping about a deep shame. He did not seem like a superhero or pop star. He did not seem like someone who had received the key to his hometown or is thought to be the best rapper in the world by the President of the United States. But once you heard the passion in his voice you could see why he had achieved all those accolades, and how those particular accolades come secondary to bringing people together.

When he performed ‘i‘, the entire populous that had gathered to watch him were lifted into surreal enlightenment. It felt like an intense group therapy session, with thousands of people yelling that they love themselves and truly meaning it. He was sweating and panting profusely, He also proceeded to make a speech to the loving crowd, saying, “As long as I am on this stage, you have somebody to relate to.”

As he exited the stage, the crowd chanted for more. We were not letting him leave without an encore, and we all knew what song he had neglected from his setlist. Â Thousands of people began to chantÂ “We gon’ be alright!” in unison as it grew louder and stronger, in case he could not hear. He heard, and he re-entered the stage, and conducted the crowd to crescendo and diminuendo their chats until finally, with an uproar of excitement from everybody there, he finished the night with a powerful and incredible performance of ‘Alright’, an anthem that has united and ignited the #Blacklivesmatter movement. A song fuelled with the belief of the human movement, the belief in all of us.

I realised the reason I was so nervous is because I knewÂ I was about to witness true greatness. Not just a great musician, but an artist who has dedicated his career to communicating a message. I realised that I was part of a huge movement, one that had profoundly also moved all of my peers. He has moved the world as Tupac Shakur had moved him, and he continues his legacy without self-importance but instead a healthy dose of self-love that he only wishes to communicate to all of us. It was humbling and an honour to be able to watch the artist at work and relate to somebody who had promised to be there for us all.

What did Kendrick Lamar Say? A lot. And we are not about to forget it. 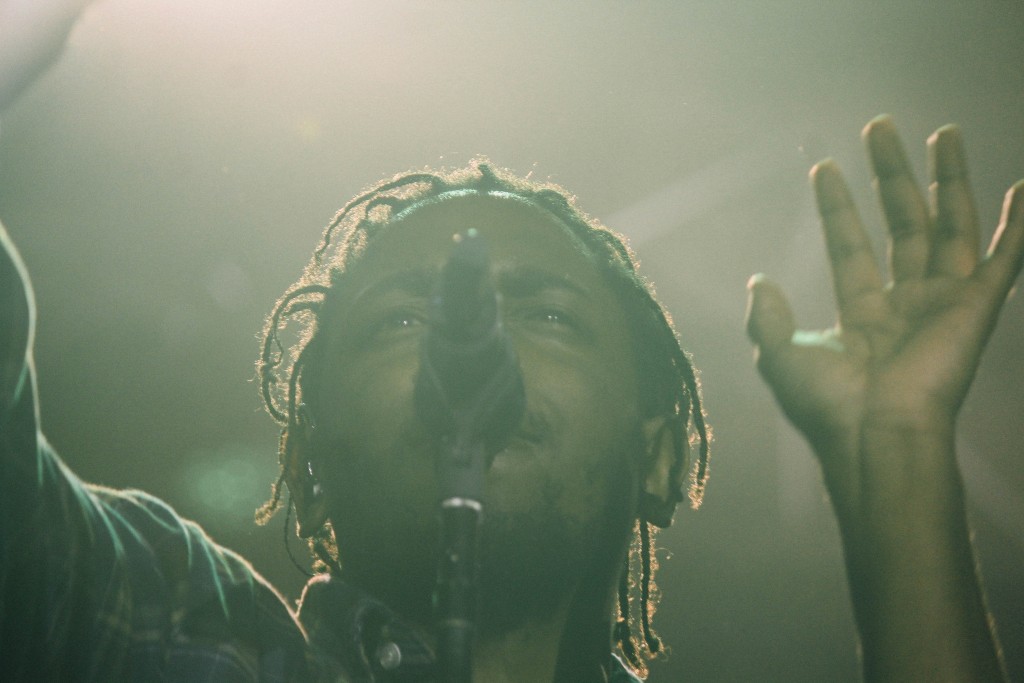