What Your Playlist is Missing: Harris

Melbourne-based Harris released debut EP OK kombucha earlier this month and it offers up some truly exquisite melody/songwriting creations. One of those being ‘Sunbake Cemetery’, a track that gives a subtle nod to The Smiths and Bombay Bicycle Club at the same time.

Catchy and without sacrificing depth, not something many artists can achieve in just one album let alone in each song, this EP has earned its place to be on high rotation on your playlist. Tunes to get you through lockdown and beyond. Satisfying pop poetry we just can’t get enough of.

We spoke to Harris about his new EP OK kombucha, the challenges of being a musician in lockdown and what is in store for the future (hint: very possibly a synthesiser).

The Creative Issue: How did Harris all begin? Was it a dream of yours for a long time?

Noah Harris: Harris is my solo project. I have played in bands since the end of primary school, so I have always been in a band. Harris started because my band, Fangirl, went on hiatus because one of the members, Jack, died. I just had to keep writing, so that’s why Harris started. I just had to keep doing stuff. I never really wanted to be a solo artist, but now I have got all my friends playing in my solo band so it almost feels like band.

TCI: Have you always been into music?

NH: Yeah definitely, I would always sit in my mum’s car and play CDs by myself. I also had a teacher who was an Elvis impersonator, so I got really into Elvis and wanted to play guitar to learn Elvis songs. I think I just never really did anything else apart from that, pretty early on it was always what I wanted to do and all I thought about.

NH: I think it is in the singer/songwriter, guitar, indie rock sphere, but I am a big lyric and word person, so I put a lot of time into that, making them interesting and funny. I always think the melody should be good, catchy melodies.

TCI: Are there any Australian artists who you feel have influenced your work?

NH: I do feel that my music is more influenced by English music, but there is lots of Australian music I like. Currently, Ball Park Music and Papa Vs Pretty, Paul Dempsey from Something For Kate has been a pretty big influence. I love Australian music and I go to see a lot of current bands, but I think for the Harris project it doesn’t feel very Australian.

TCI: Are there any English bands in particular you draw a lot of inspiration from?

NH: The Maccabees and Bombay Bicycle Club. Bands like The Smiths, where it is based around pop music, but with different lyrics. Even a few American artists, Phoebe Bridges is a massive influence over the Harris. Elliott Smith too. 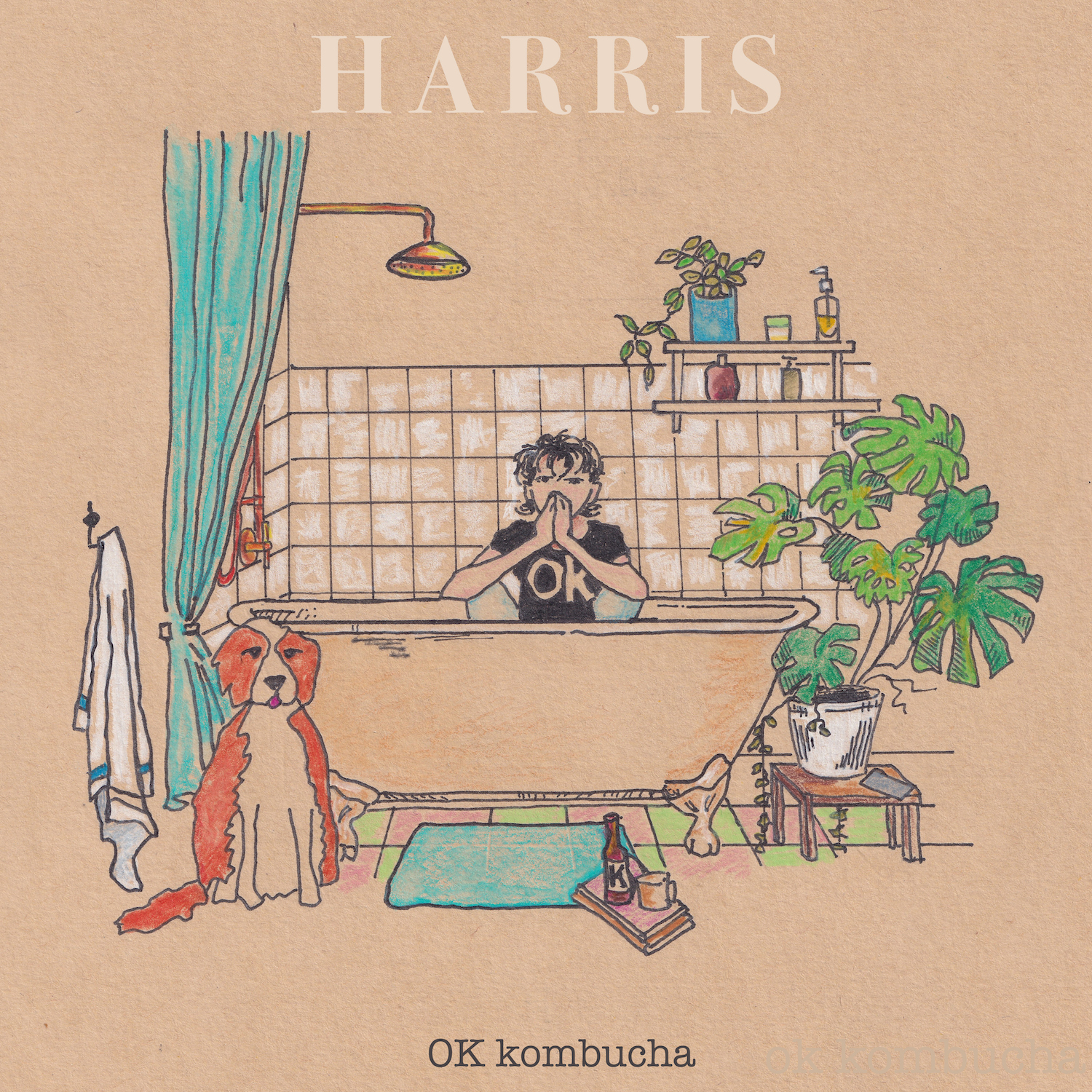 NH: I had a bunch of songs and just picked the ones that were my favourite. It wasn’t like I set out to write a collection of songs, they were ones that were part of a bigger collection that I thought were the best. I wrote a lot of it during the lockdown in Melbourne, so I had more time on my hands then I usually would. I work in a bar part time, and I couldn’t do that anymore. My hobbies are playing music and surfing, but I couldn’t do the latter, so I was just locked in my house playing music and recording. I wouldn’t say the Melbourne lockdown inspired it but it definitely acted as a catalyst.

TCI: The Australian music industry seems tricky and unpredictable to navigate at the moment, how are you finding it?

NH: Pretty rough. We luckily haven’t had any Harris gigs cancelled yet, but a lot of our friends have had full tours cancelled. It feels pretty shit that massive sport events are on and gigs with 200 people capacities are getting cancelled, but people can go to the MCG and watch half capacity games that is still thousands of people. That can make you feel pretty unsupported and underappreciated at the moment. It was lucky for Jobkeeper in the first lockdown because most musicians I know would have starved. Support Act, the organisation, have given a lot of grants to me and my friends just to live.

TCI: Are there any other genres or styles you would like to experiment with in the future?

NH: I really like synthesisers, I would definitely like a synth-pop band or like a dancy-electronic band. I was taught guitar, but I was self-taught on piano. I feel like all the bands I have been and the music I make, it is all pretty guitar based so it might be fun thing to not even have a guitar in the band at all. In high school I studied western art music, so romantic concertos, if I am still able to make music when I’m like 40 or 50 I would probably be making stuff like that. I consume a lot of different music, like hip hop, pop music and some jazz. I don’t listen to heavy metal, I can appreciate it, but I find it a bit not relaxing. Actually, I’ll I change my answer I want write really big pop bangers for people. I really like the Olivia Rodrigo album; I feel like that would be fun writing for someone like that. Writing really interesting pop music but it is for the masses, you’ve got to make things short and concise, but interesting and accessible. I feel that would be a really fun challenge.

TCI: If there was one thing listeners got from your music, what would you want it to be?

NH: I guess when I listen to music I think there are layers of listening. To initially listen to it and think this is interesting, fun and catchy, the melody will get stuck in your head. Then you’ll think about a lyric, or a sentence and you’ll look it up. I would like there to be multi-dimensions to it, that they would be able to sit with it for a while and let it wash over them. I really like music where you think what is that line about and go onto song genius.

TCI: What is the best advice you have ever received?

NH: The idea of killing your darlings, the idea of not being afraid to just keep writing and writing, and even if you are attached to something that isn’t the best idea sometimes you have to let it go for a better idea. I feel with songwriting you get attached to these songs you create, but if you want to put out the best you can do you have to let things go sometimes. It is pretty brutal statement, but I have found it really helpful.

NH: I was going to try and release another EP by the end of the year, and I will possibly try and still do that. I have started writing for it so maybe another EP. I have also never played a Harris show outside of Victoria so maybe an east coast Australian tour would be good.

Marriage of Figaro: Romance and Revolution