The globe-trotting Fashion Week month is over and it’s now time to know what trends you’ll need for the season ahead.

From London to Milan to Paris, fashion week travels the globe every February and March to showcase the new collections from talented designers like Chanel, Emilio Pucci and Alexander McQueen. For Autumn-Winter 2015, there were plenty of recurring themes on the runways including slashed skirts and puffer coats. See what other trends were popular and which ones you can adopt into your wardrobe.

A new skirt appeared on the Fall runway, and it was slashed to slices. From Christian Dior to Proenza Schouler, precision cuts were made to skirts of tweed, leather and crepe, adding a touch of seduction to the tired old silhouette. Dress it up or dress it down, it’s an easy addition to your wardrobe. 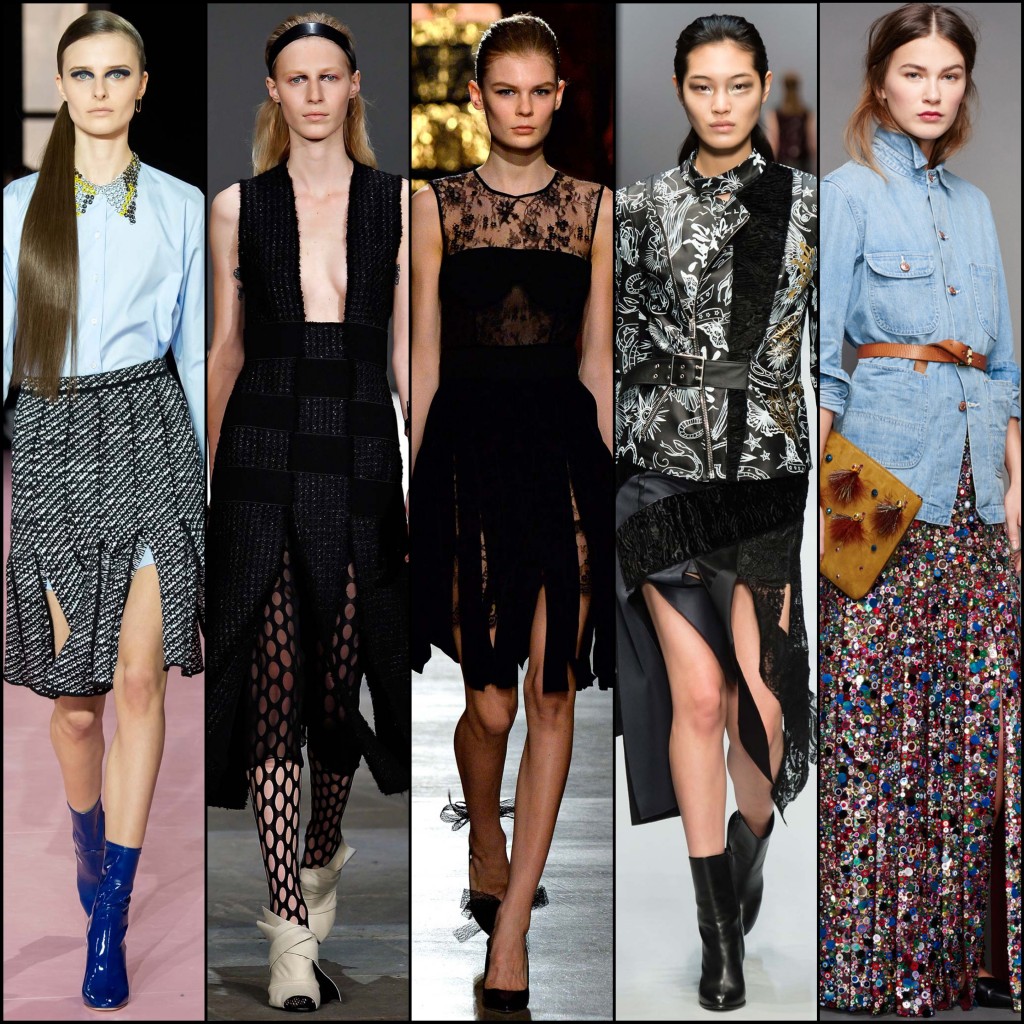 Possibly the most unusual trend to come out of the AW shows, the puffer coat got a seriously chic update. With it’s oversized proportions and difficult compatibility with other items, designers like Fendi, Dion Lee and Rag & Bone have made it a lot easier. It certainly won’t be for everyone, but it’s a new way to warm up for Winter. 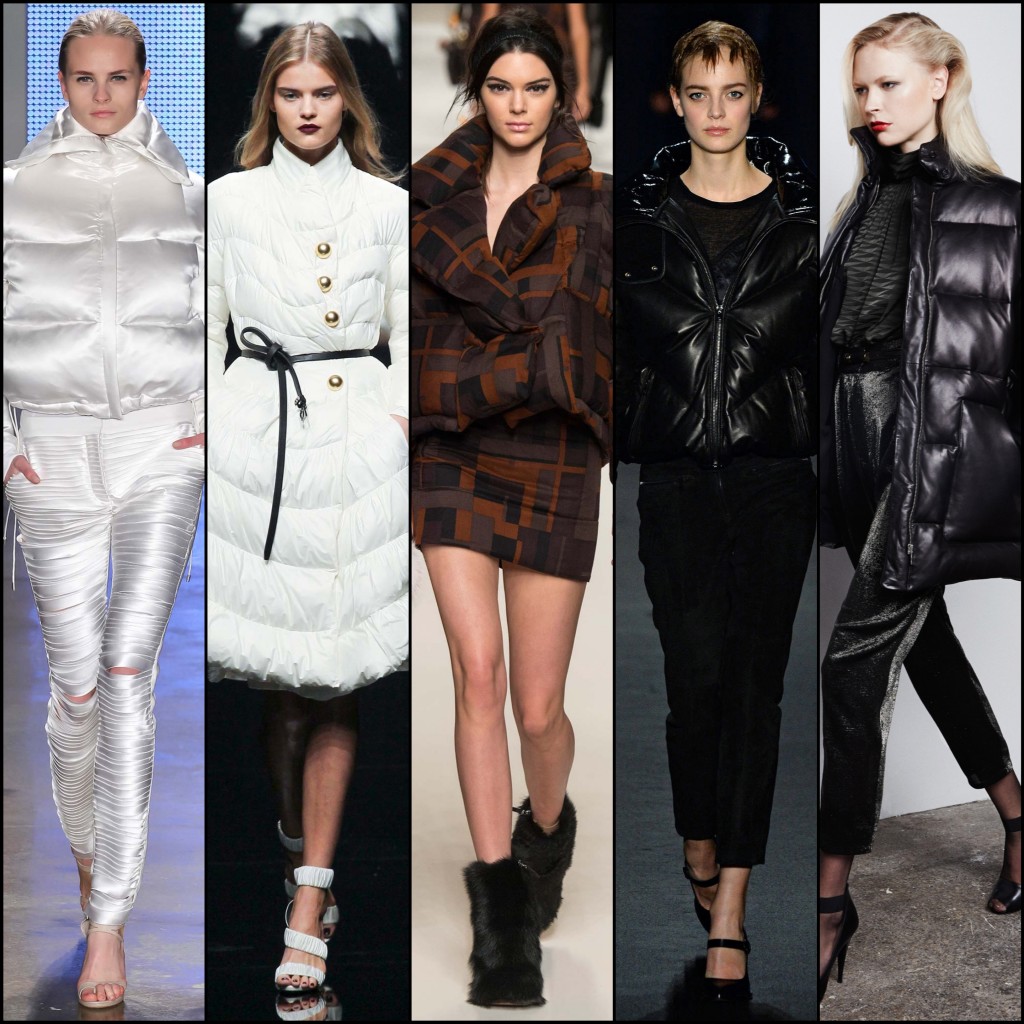 Loose fits and low-slung pants are certainly not in season anymore. For Autumn-Winter 2015, the high-cut, form fitting shape is in. Whether it’s a pair of hot pants with lace tights from Rodarte to serious rock ‘n’ roll leather pants from Saint Laurent, the fit is daring, sexy and right on trend. 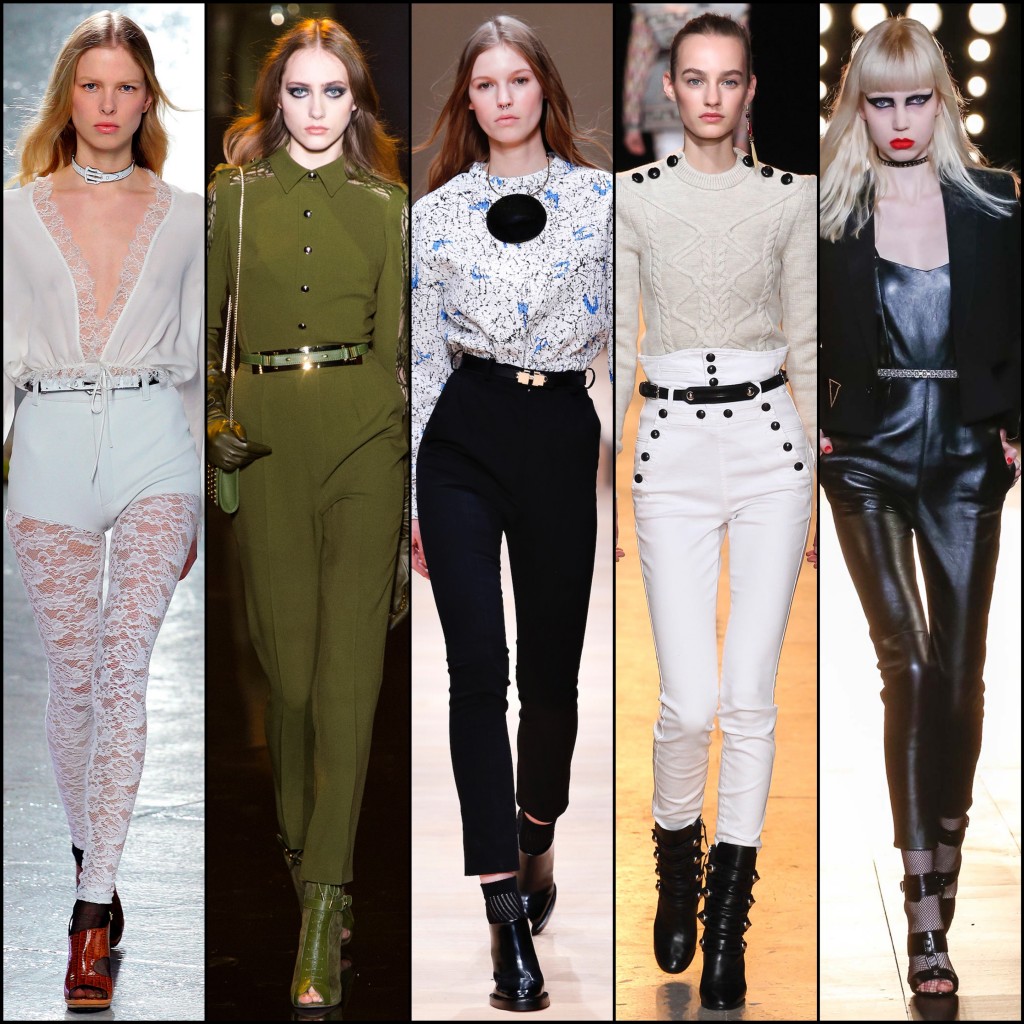 Re-visiting a past era, the victorian style of yesteryear appeared on numerous runways. High necklines, lace ruffles and conservative layers were on the minds of Marc Jacobs, Givenchy and Altuzarra. Certainly something creative, it will surely get you notice for individuality. 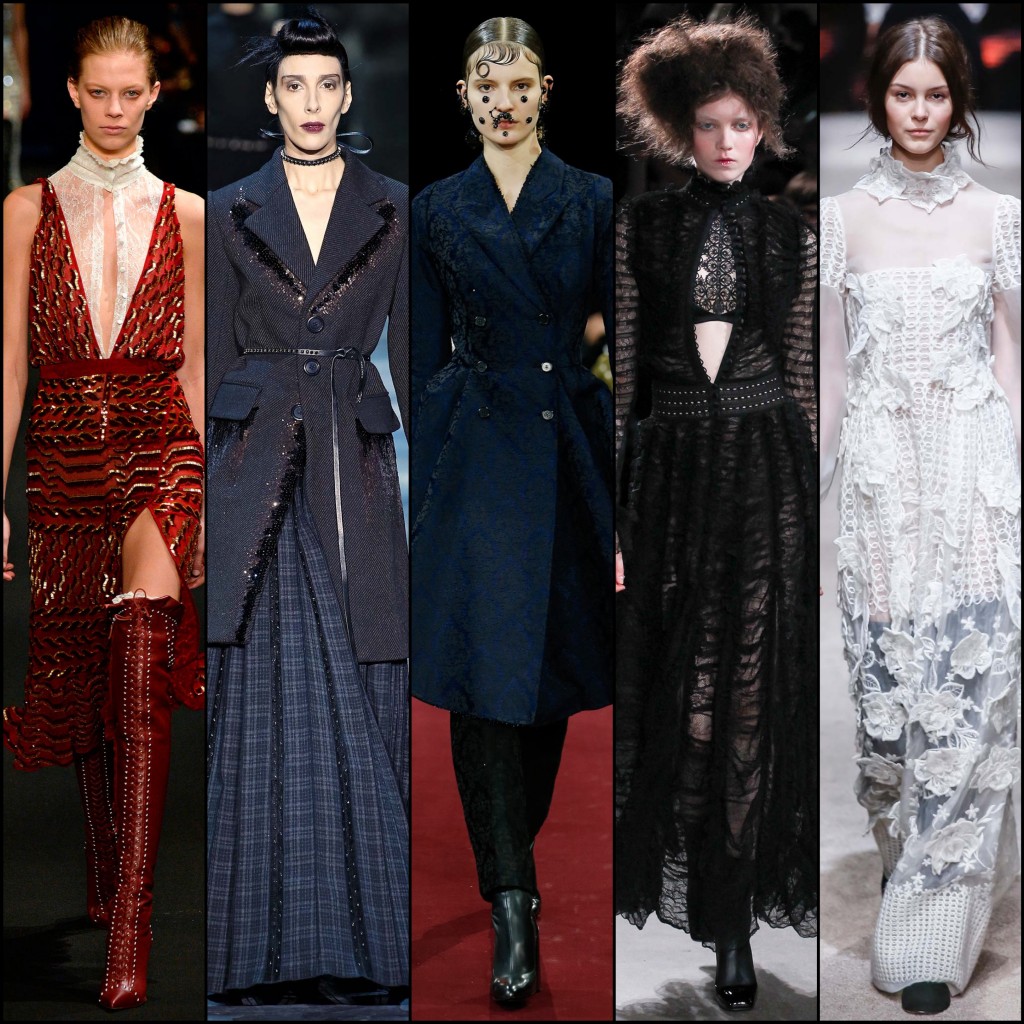 Drop that neckline, girl! From animal print minis to tailored suiting, the plunge was something that many designers were brave enough to take. Stella McCartney, Saint Laurent and Blumarine were feeling a bit more free this season, with Chalayan and Valentino also taking the dare. 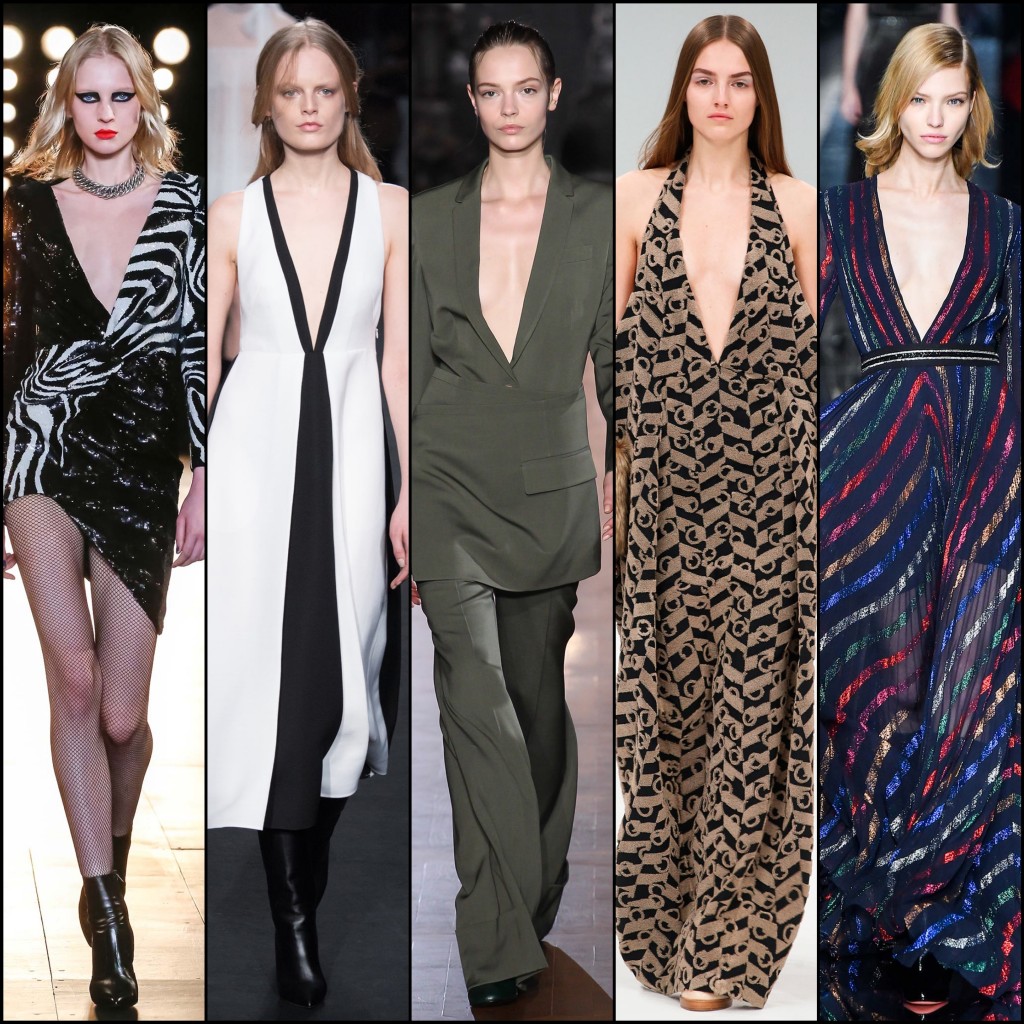 6. ORANGE IS THE NEW BLACK

A new hue for the season, orange in all shades was a hot colour for the season ahead. From Victoria Beckham to Balmain to Prabal Gurung, the bright glow appeared on fringed minis, high-neck coats and asymmetrical slip dresses. Who knew that the Netflix hit show was also a fashion forecaster? 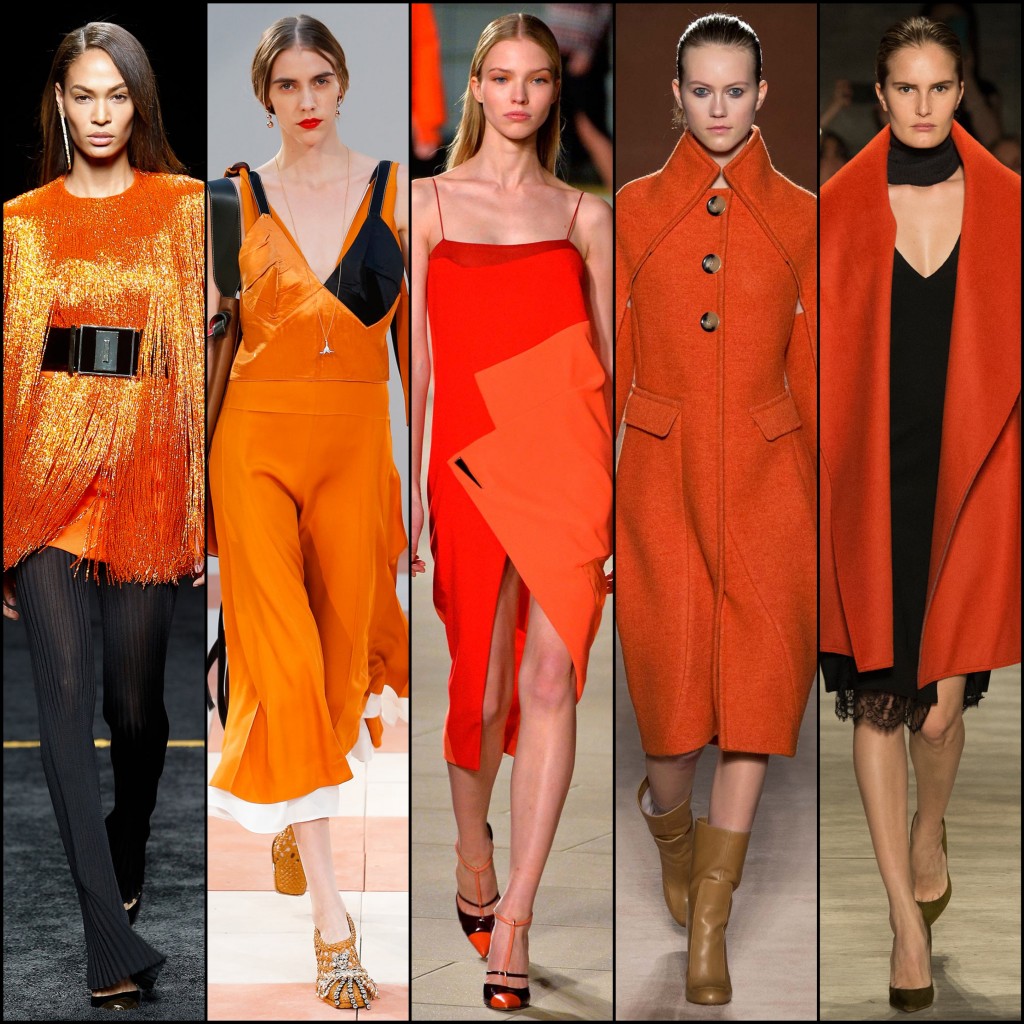 It’s time to put those last season ankle boots in storage. The boot is thigh-high, below the knee or laced to the max. With designers like Versace, Calvin Klein and Christian Dior feeling the urge, the seriously sexy shoe is sure to be a hot commodity for Autumn/Winter 2015. 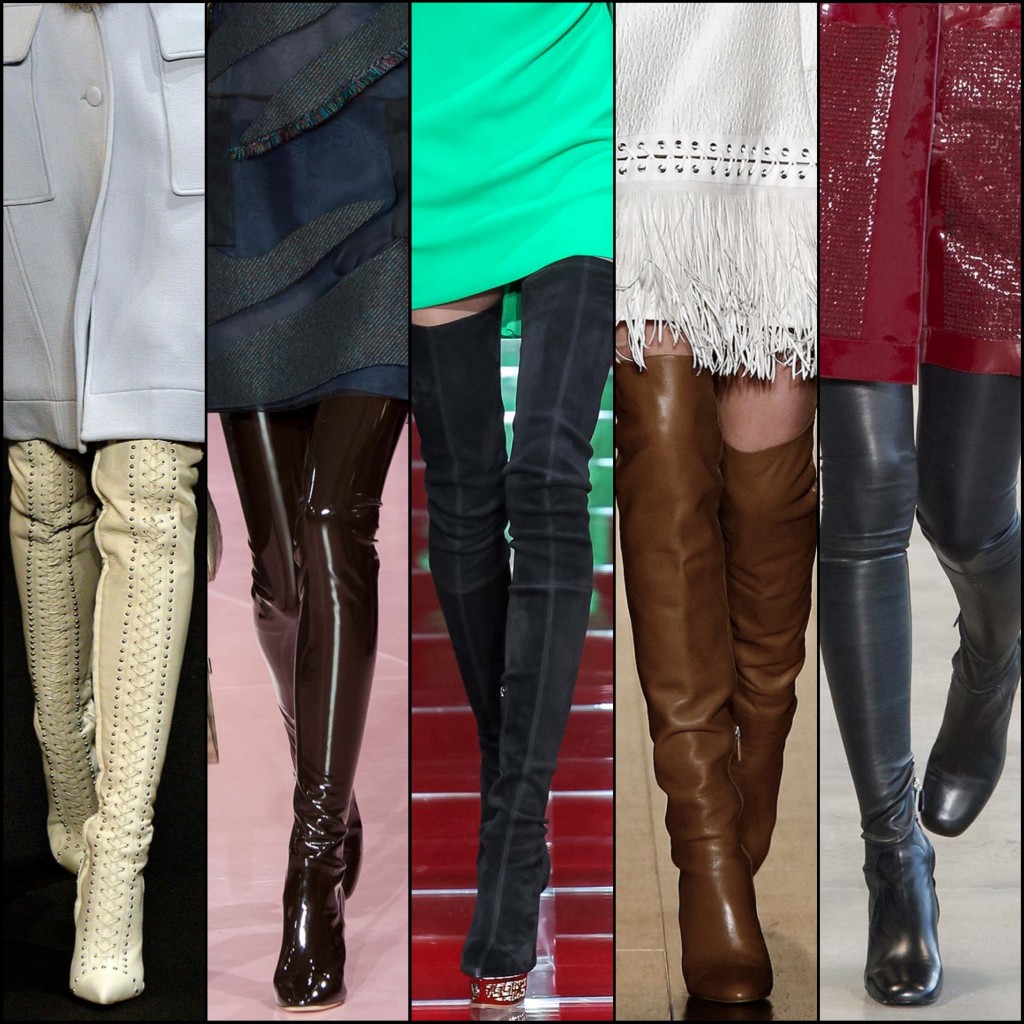 Flock together! Whether it was a swallow print on a sheer dress by Rochas or delicate feathers attached to a shimmering mini from Rodarte, the creatures high in the sky played an inspiration toÂ many designers including Gucci, Givenchy and Nina Ricci. 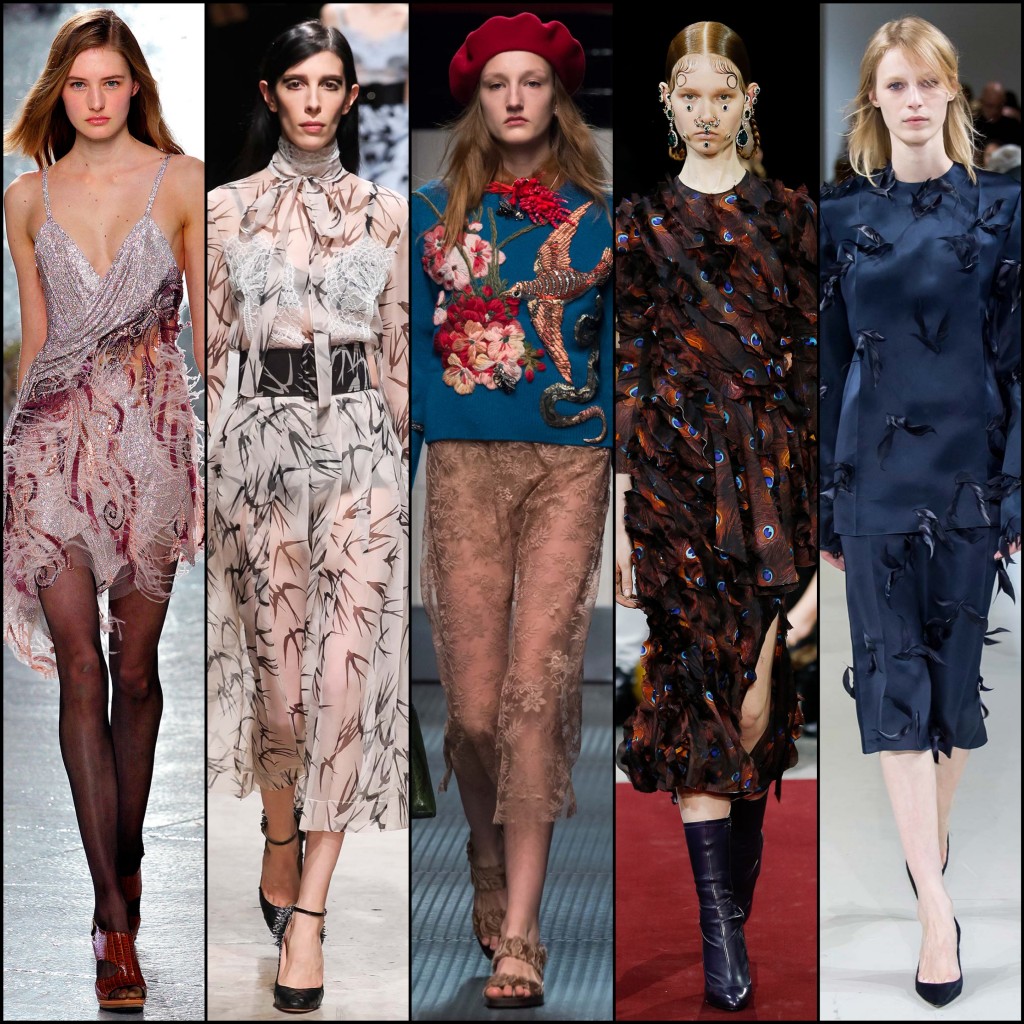