Why Everyone Secretly Loves Miley 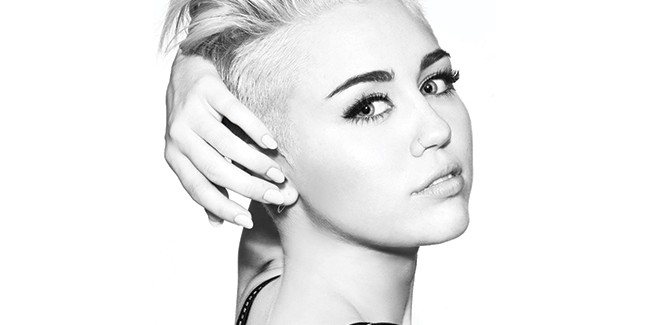 If you donâ€™t know Miley Cyrus you definitely have been living under a rock.

She is constantly broadcasted on social media, magazines, newspapers and television. She changed her image from Disney teen princess to a grunge-pop diva in a mere months. She was named one of TIME Magazineâ€™s most influential people of 2013.

Now do you recognise the name? If not, I cannot help you.

Miley truly has booty shaked her way into become a household name. Some love her, some hate her but everyone is talking about her.

I may not agree with everything she does. One case was pulling a joint out on stage at the European Music Awards, which seemed like a well-crafted PR stunt rather than a natural move. However, I see the brilliance behind her image reformation.

Moving past her role as Hannah Montana was going to be hard. She had to make some big changes, and pull out some memorable stunts.

From We Canâ€™t Stop to Wrecking Ball, Miley has continued to push the boundaries in her performances.

It is undeniable the girl has talent. She can sing her heart out when she chooses. Wrecking Ball and Adore have proven this fact.

For those that say they hate Miley Cyrus you are kidding yourselves. You may not like her but at least recognize the huge feat she and her team have accomplished in creating the Miley Cyrus image.

Time and again she has shocked viewers. From singing naked on a wrecking ball to twerking all over the MTV Video Music Awards stage. The hype is created and the stage set. She then swoops in and sings a heartfelt rendition of Wrecking Ball at the American Music Awards, making audiences members connect with a woman hurt from love. Viewers relate and then admire the performer all over again. Next, the Adore music video is released and the media frenzy kicks off. The cycle repeats itself.

This PR move continues to keep her in the spot light, with both negative and positive outcomes. You know the old saying; there is no such thing as bad publicity.

She has single-handedly created an empire of all things Miley. From her music genre, her signature dance move and her 90s fashion style. She is influencing the music, fashion and dance world. People are recognising her potential and synergies are being created through her branding. Miley teamed up with Pharrell Williams featuring on his new album and she is the face of Marc Jacobs Spring/Summer 2014 Collection.

Miley Cryus is and will continue to be talked about. So next time you see her wearing some outrageous outfit or ghetto grinding on a teddy bear see past the faÃ§ade and recognise the scope of talent behind the performer.

Being the Change: Inside Fashion Revolution

Disconnected in a connected world