It wasn’t that long ago that Queenslandâ€™s wine making industry was little more than a footnote to Australiaâ€™s worldÂ renownedÂ vineyard culture.

It wasnâ€™t that long ago that Julia Gillard was the Prime Minister of Australia either.

The point is this: things can change quickly.

The Queensland wine industry has matured in recent years; as a result, local makers have been increasingly recognised as producers of very good wines.

Last weekend, I had the good fortune to travel west to Queenslandâ€™s Granite Belt district, the epicentre of the stateâ€™s burgeoning wine industry.

Keen to discover the best the region had to offer, I popped by Jester Hill Wines just ten minutes before closing time.Â 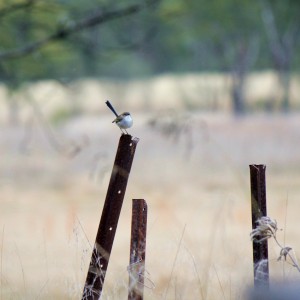 The owners – Michael and Ann Bourke – were already settling down for their own evening aperitif. No matter, they warmly assured.

The area has always been fertile ground for the production of high quality wines. So whatâ€™s changed in recent years?

The wine makers themselves, Michael explained. Queensland is attracting better trained craftspeople now able to transform a good raw product into an even better drop.

Keen to test this claim, a selection of the wineryâ€™s vintages were sampled. The standout was the 2010 Touchstone Shiraz. With an alcohol reading of more than 15%, it was a rich, heady wine the colour of deep burgundy.

Though rarely a drinker of red wine, it impressed even me (several bottles were purchased).

It seems others feel the same. Last year, the Shiraz was awarded Champion Wine of the Show at the Queensland Wine Awards.

Looking for similar recognition last week, were the entrants at the 2013 Royal Queensland Wine Show.

With 1900 wines having been entered this year and with just 26 trophyâ€™s up-for-grabs, the national competition was a hard fought one.

Taking out this year’s top prize, The Courier-Mail trophy for Grand Champion Wine of Show, was the Shingleback D Block Reserve 2010 – a Cabernet Sauvignon.

No doubt the very best Australian wines were flowing freely that the evening.