It’s opening night of Wireless at the Judith Wright Centre. I take my seat for what is my first experience of contemporary dance and I’m apprehensive about the hour of performance ahead of me.

The opening five minutes reinforces my concern that Iâ€™m out of my depth as a shadowy figure slides across the stage on his hands and knees in movement which is graceful and sublime, yet not a performance that will hold me for 60 minutes. However, as soon as I’m shuffling in my seat with discomfort, the multi-media kicks in, theÂ show’s tempo picks up and the atmosphere shifts into another gear. The performance rapidly transforms into a mixture of Close Encounters of the Third Kind, U2â€™s Zoo TV Tour and a David Blaine TV special. The audio kicks in like a bass line at a Daft Punk concert and the projectors and on-stage screens fire up with images reminiscent of an early 1990â€™s R.E.M gig.

Wireless is a collaboration between choreographer Lisa Wilson and composer and software developer Paul Charlier. Contemporary dance performance intersects with an audio-visual masterclass to tell the story of how pervasive technology has become. Surveillance, control and privacy are at the core of this showâ€™s narrative. The degree to which society has gifted information to government, industry and big business is frightening and this fear is brought to the fore throughout the performance. My reaction was visceral, spine tingling and gut tensing during the showâ€™s extremely dark moments. 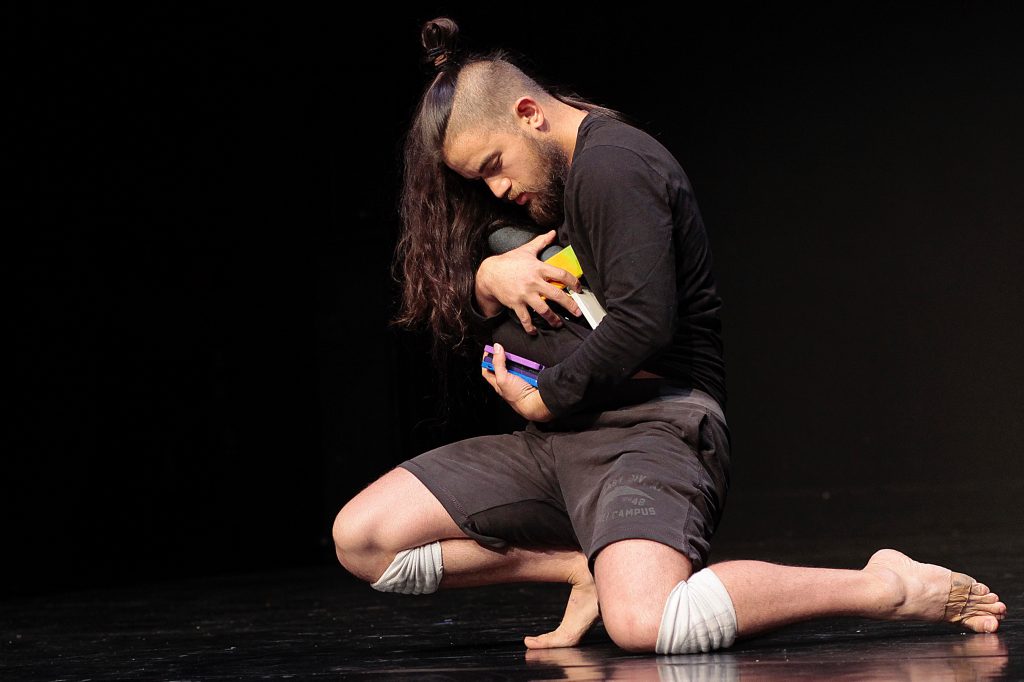 The performance is led by the gifted quartet of dancers in Craig Bary, Joshua Thomson, Gabriel Comerford and Storm Helmore. The magical element for me however is â€œthe boxâ€, the key to the moving set designed by Bruce McKinven. The performers interact with each other and â€œthe boxâ€, a large rectangle which is made up of projector screens, hidden panels and for mine isÂ one of the keys to the productionâ€™s success. It is akin to a prop in a fantastical magic act and draws me into the performance like a child discovering illusions for the first time.

I had the pleasure of discussing the show with co-director Paul Charlier after the opening nightâ€™s performance and specifically the impact of the audio-visual aspects. Charlier acknowledged the visceral impact the show has on its audience. He held the view that the show needs to be aimed at a broader audience, targeted at those with a passion for audio-visual arts and not simply reliant or focused on the contemporary dance aspects, as the show is far more than a contemporary dance piece.

The production is powerful and confronting, eliciting a pure gut reaction to the dark edged material presented throughout the show. The combination of dance, audio-visual and cutting edge technology combine to create a sensory overload of the finest kind. The one hour show raced by like a super-sonic jet leaving me wanting more, but uncertain that my mind or body could take any further stimulation.

Wireless had a three show run at the Judith Wright Centre from 15-17 June. The show is yet to be picked up for distribution however based on my experience, this is a show that has to be experienced by the wider arts community.