After selling out theatres, stadiums and festivals across Europe and America, Wolfmother is back on the Australian festival circuit.

Their return to Aussie music festivals was marked by a mammoth set at Splendour in the Grass earlier this year. We sat down to chat to the man himself, Andrew Stockdale, ahead of his performances at Scene and Heard Festival in November. The Grammy award winner talked touring in Mumbai, spilled on how the new generation rates as a crowd and shared some insight on what’s on the horizon for the band.

The Creative Issue: You must be an incredibly seasoned interviewee at this point, do you remember your first interview?

Andrew Stockdale: Holy cat. Yes! It was a friend of mine, Indigo. It was funny because she used to model for some of the photos I used to do… back in the day. We did some crazy shoots where I wrapped her up in GLAD wrap or something. Anyway she started working for Oyster magazine and when Wolfmother first started I was like “hey can you do an interview with us just to get things going?” We met at a cafe in Newtown and talked through what we were doing. Now she writes for American Vogue and she’s in New York and she’s gone on to have this really amazing career. It looked pretty funny too. When you wrap yourself up in GLAD wrap it’s not too flattering.

TCI: When you were announced to be playing Splendour in The Grass the internet really blew up, what was it like to be back on home soil playing for such an enormous crowd?

AS: Yeah it was awesome. I couldn’t have hoped for a better reaction. The band before us had about two hundred and fifty people. So we didn’t know if it was going to be two hundred and fifty people but it ended up being massive. We were just finishing a big American and European tour so we were really grateful to come back to our home town and have a positive response.

That was insane! Thank You Splendour and everyone who came out today, what a way to finish off our tour back in Byron! #wolfmother #jokerandtheyhief #splendourinthegrass

TCI: What’s it’s like being able to play places like Splendour, so many years after you first started, in front of an entirely new generation?

AS: It’s great. I won’t mention the artist because it’s not for me to be mouthing off about him. He was like I used to play your songs in a cover band in England when we were just starting out. Like wow this is a new generation that has grown up hearing these songs whilst they were kids. I’m just blown away that the next generation is enjoying and embracing it as something they want to see and something they want to get into. It adds more fuel to the fire. You just sort of think “awesome”. Demographics and age groups where it’s all about being 18 to 35 or something. It doesn’t matter. People are people. They appreciate something good regardless of when it came out. Like I was into The Doors and The Beatles when I was fifteen and that was music that came out before I was born. I think with YouTube and Spotify people have a lot more exposure to music that wasn’t in their generation and wasn’t spoon fed to them by MTV or media outlets. People can see everything and make their choice about that.

TCI: You are playing Scene and Heard in a couple of months, alongside guys like the Dandy Warhols, are you excited about that?

AS: Yeah totally. Here’s an interesting insight. I first met Courtney (from the Dandy Warhols) when we were on tour in the states and were staying in the same hotel, and we were kind of chatting away. We stayed in touch since then anyway turns out we both have the same birthday, 20th of July. His wife’s birthday is the 20th of January and my girlfriend’s birthday is the 20th of January. We had like identical birthdays. It’s kind of quirky isn’t it. 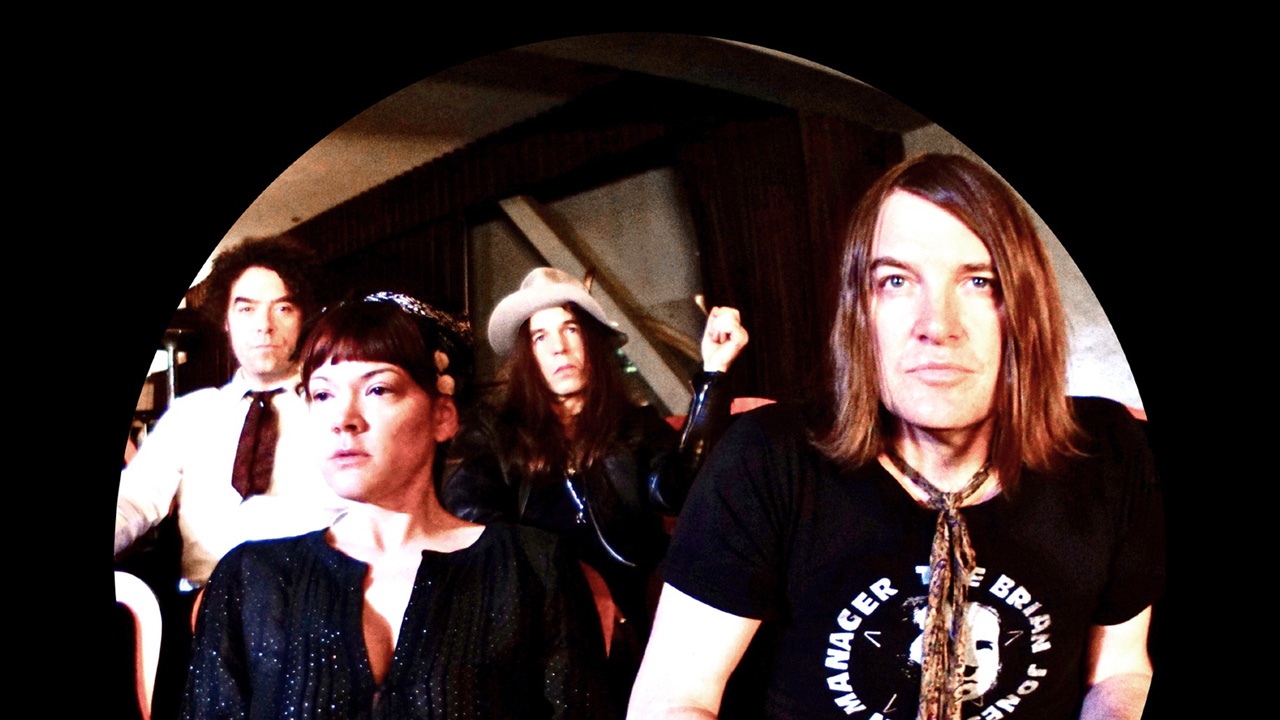 TCI: After fifteen years of performing I’m sure you have a million and a half gig stories, any horror ones?

AS: I remember one time we were playing in India, we got this offer to play via Facebook messenger. My booking agent was like “never reply to a Facebook messenger request” and I just thought, stuff it. I called this guy up and I said, “Hey man it’s Andrew from Wolfmother” and he asked if I wanted to this gig in Hyderabad in India, next week. So we flew over to India and we ended up doing shows in Dehli, and Mumbai, and Hyderabad. The gig in Hyderabad, there were donkeys and calves and stuff on a dirt road going out into the middle of no where. So that was a funny gig. On the way to this gig, we had two cars and one ran out of petrol. So we were stuck on the side of this highway in India. It was a comedy in errors. The funny thing about the gig was someone had built a kitchen cabinet on the side of the stage and had put toilet rolls in it. A toilet roll fell out of the kitchen cabinet, was stuck on the bass players foot and his guitar cable was also stuck in one of the cupboards of the kitchen cabinet. He was yanking at this kitchen cabinet, the door was flapping open, toilet paper was rolling out. I remember looking stage left at this strange scenario, toilet paper falling out of a kitchen cabinet and I just thought, “I have never seen anything like this on a stage before”.

TCI: Moral of the story?

TCI: Do you have any new music on the horizon?

AS: I just recorded two songs at Studio 606, which is the Foo Fighters studio. I went in there with one that I had written and I recorded that. Then I thought, what if I just make one up on the spot and just vibe off the energy here. That seems to be the strongest track. I have two songs I recorded there. I also spent the last two weeks since I’ve gotten home recording at home. So I’ve got another eight songs that are ready to go. I’m thinking of either Sydney or back to LA to record them. Yeah, I’ve got an album ready to go.

TCI: Over the years, I’m sure you’ve recorded with and been mentored by so many incredible artists. What’s it like being able to draw inspiration from these guys and being able to record at the Foo Fighters studio? Surely there’s some pretty incredible energy in there.

AS: Yeah the energy was great. I mean Dave Grohl dropped in on the second day I was there. I play everything, I play bass and drums, but as soon he came in and he was listening to the drums I was just thinking, “man my drums must suck”. He was cool. It’s good vibes there. It’s good to be out of your comfort zone sometimes and be somewhere there’s a bit of a performance element and you feel like you have to step up. People are around and you feel like you have to keep the energy fresh.

You can catch Wolfmother at Scene and Heard’s Brisbane leg on Saturday, November 2. You can grab your tickets here.

The Size and Shape Inclusive Label You Need To Know About