Women of Woodstock celebrates the famous festival 50 years on

Woodstock, arguably the most famous and prolific music festival of all time, celebrates its 50th anniversary this year. Well-known for changing the world of music and art, what you may not know is that only four women ever graced the Woodstock stage.

Women of Woodstock coming to Brisbane Powerhouse and featuring the singers of Women in Voice pay homage to these incredible women: Joan Baez, Janis Joplin, Melanie Safka, and Grace Slick.

We spoke to Hannah Grondin, one of the performers in the show, to learn more about why this show is important for, not only women but for the art scene in Brisbane as a whole.

Grondin has been performing since a very young age. She began singing at age 5, attended group acting classic from age 10, and has been dancing since age 14.

“Musical theatre is my background and my training,” she said. “I studied at the Queensland Conservatorium of Music so I have a Bachelor in musical theatre.”

Since graduating, she’s appeared in various productions throughout Australia including two runs of RENT with Matt Ward Productions, first at the Powerhouse and then again at QPAC last year, Bare: The Musical in the role of Nadia at Chapel Off Chapel in Melbourne, and with Women in Voice last year.

The ladies of Women in Voice are back to perform Women of Woodstock with Grondin joined by Leah Cotterell, Jacqueline Marshall, and Adelina Martinez.

“Doing Women in Voice last year was such an amazing experience and then Louis asking me back for Women of Woodstock… I was so excited to get on board,” said Grondin. “It’s just different, it’s something that I still love to do. Singing these awesome songs and just representing these women that were so revolutionary of the time.

“I just love branching out of musical theatre when I can. Musical theatre is where my heart lies but singing and performing, in general, is my passion and my love. So, when I get the chance to do other things that aren’t necessarily musical theatre, it’s huge for me and it’s really exciting and I absolutely love doing it.”

Grondin will be singing Janis Joplin tunes and resonates with how Joplin felt the safest while on stage.

But Grondin is inspired not only by Joplin. Each of the four women celebrated in Women of Woodstock has relatable aspects and Grondin really resonates with Joan Baez as well.

“Even though she was always talked about in relation to Bob Dylan, she had her own amazing career before Bob Dylan even came on the scene. She was making her own way and so she was this real badass, strong, independent woman that just happened to have a relationship with Bob Dylan and it was always insinuated with that.

“But she had her own strength and she had her own voice and she was never afraid to talk about that and voice her opinion which is always something I’m always happy to do as well,” Grondin said with a laugh.

To prepare for her role singing Joplin songs, Grondin has done a lot of watching and listening. But, she made it clear that the show is a celebration of the music of these women, not a standard tribute show where the performers are being the women themselves.

“I’m not coming out on stage being Janis Joplin. I’m still myself. I’m just respecting and tipping my performing hat to her work and what she created,” Grondin said. “So I’m not trying to sound like her or be her, I’m just respecting her creations and the music that she sang and what she brought to the industry. So, that’s something that we’ve all been working on because we all have very different voices and I think if we were trying to be these women it wouldn’t work as well.

“And I probably wouldn’t have a voice by the time we got to the show if I had to sing like Janis Joplin,” she added, laughing.

Still, she’s working to bring Joplin’s essence to her performance.

“The thing with Janis is she added a lot of her own quirks and adlibs and lyrics… like she loved adding words and repeating words and, while I’m not trying to be her, I still want to bring that side of her performing to my performance because it is a big essence of what she did.”

Even though Woodstock is turning 50, music festivals today are still a major part of art culture and Grondin has a couple of favourites of her own.

“I love, love music festivals. My favourite is Woodford Folk Festival which I go to every year. It’s from Boxing Day to 2nd of Jan roughly. So that’s like seven days of just joy, really,” she said. “I can’t really describe it. It’s my favourite place, I think, on the planet. And the music is only one aspect of it which is probably one of the coolest parts about it. It’s got workshops and talks and amazing food and it’s just got so much.

“Bluesfest was another one that I went to for a while which was all about the music so that’s why it was cool and different to Woodford. Bluesfest gets these huge names and incredible acts that come and it’s always very cool.” 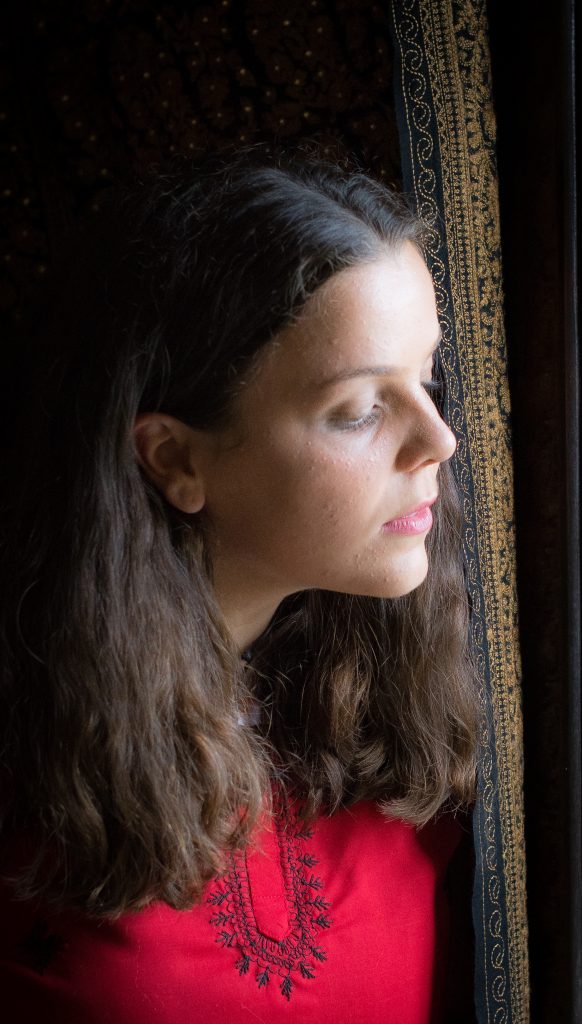 Yet, even as a huge fan of festivals, Grondin encourages everyone to see all kinds of live music whenever they can.

“Even it’s just supporting a friend in a pub… If they’re doing it, if they’re putting themselves there, it means so much to them because you don’t do this unless you love it and unless you really want to do it. So, supporting live music all you can I think is really important and I think everyone should try and get out there as much as they can to support their local artists and the smaller acts as well as the bigger acts,” she said.

It’s undeniable that the Brisbane art scene is growing, thanks to those who support local artists and the growth is really exciting for performers like Grondin.

While there’s a lot happening in our local arts community, Women of Woodstock feels special for Grondin.

“Woodstock was just huge and it was the first real bat of freedom through music and the arts and these women were the forefront of that. They got to be involved in such an incredible festival and had such a huge mark on the history of music and culture and arts. So, to be able to be part of a show that’s, 50 years later, celebrating those women and what they created and what they shared is just really exciting and something I’m also very passionate about.

“I think 50 years on we’ve come so far but we still have a lot of work to do when it comes to women’s rights and what we’re fighting for and what we still have to fight for. So, I think that celebrating these women and what they’ve achieved and what we are capable of is always really important and I’m always, always stoked to be a part of anything to do with that,” she said. “So, it’s been great and it’s going to be a really special show I think.”

As for what audiences can expect from the show, nostalgia seems to the overarching theme.

“I’m really excited to see the audiences’ reactions to the songs because we’ve picked some bangers,” she said, laughing “I feel like some of the songs will start and we’ll hear an audible “ahhhh”, you know.

“Expect a really nice and cool tribute to a festival that happened over 50 years ago but it’s still so relevant – the music is relevant and the message is relevant. It was about peace and music,” she said.

“I think that they can expect songs they love, songs they know, songs they haven’t heard in a really long time that they almost forgot about but remember. Those kind of songs that you hear and you don’t necessarily listen to them every day but you go “ah, I love this song!” That kind of vibe.”

With shows already sold out for the Friday and Sunday performances, get your tickets quick for the remaining two Saturday slots and experience these four very different female vocalists.

“We are four very different performers and I think that’s something I’m loving most as well about this process is the four of us, I don’t think we could be any more different actually if we tried. But it’s worked so beautifully and we’ve come together to create this really special, beautiful show,” said Grondin.

“Just to see how it doesn’t matter what background you come from in music, it doesn’t matter what kind of performer you are, when we perform together and when you create something, we’re all the same and we’re all just performers and artists just trying our best and creating which I think is really special and it’s going to be a really beautiful.”

What: Women of Woodstock featuring Women in Voice and supported by Queensland Theatre