It makes for a refreshing start to an event when the standard festival gateway of confiscated hip flasks and burly security guards are replaced by a huge woven bamboo structure by Taiwanese artist Wang Wen Chih and a smiling group of volunteers.
Upon entry, a diverse palette of colour and aromas assail the senses, costumed figures blend mischievously in with the steady crowds and your stomach has happily compensated for a now empty wallet; Woodford Folk Festival had once again alighted. 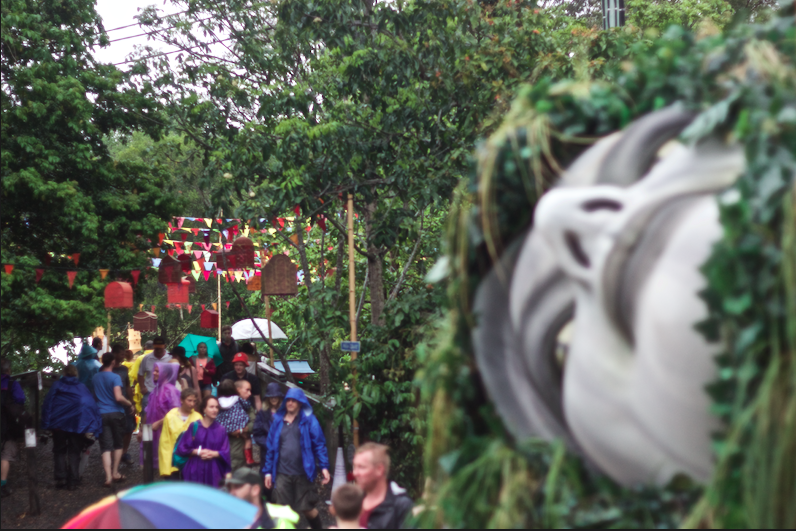 A recent press release revealed some interesting statistics on the six day event. The fact that in the 800 kegs used throughout the festival, two impromptu weddings resulted and one proposal occurred, the on and off rain turning sweltering heat doing little to discourage the good people of Woodford from enjoying themselves, or marrying one another.Â Coopers Dark Ale may deserve a little credit. 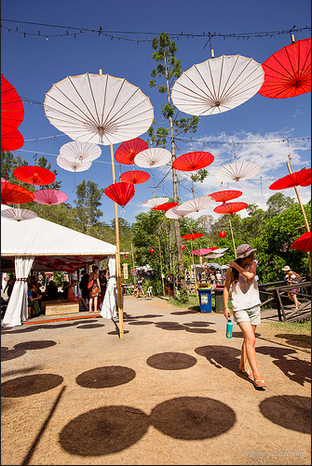 Despite the occasional shower causing photographers to wrap their kits in whatever plastic bags they could scrounge from nearby stalls, even the smaller stages dotted around Woodford were always well attended, patrons of especially jazz and indigenous roots being spoiled for choice among selections from Caravana Sun, and Baldawadda, artists like Mia Dyson and Darren Percival also pulling crowds for those with an inclination for a raw folk experience.

The big hitters: Sticky Fingers, The Cat Empire, Kate Miller-Heidke, L-Fresh The Lion, highly anticipated Violent Femmes, Bertie Blackman and Haitus Kaiyote were not ones to let down an audience, a regular throng of festival goers making the lengthy but worthwhile pilgrimage to the festival’s Amphitheatre stage for the chance to either get up close and personal, or to lounge back on the nearby hillside to watch the events of an evening unfold. 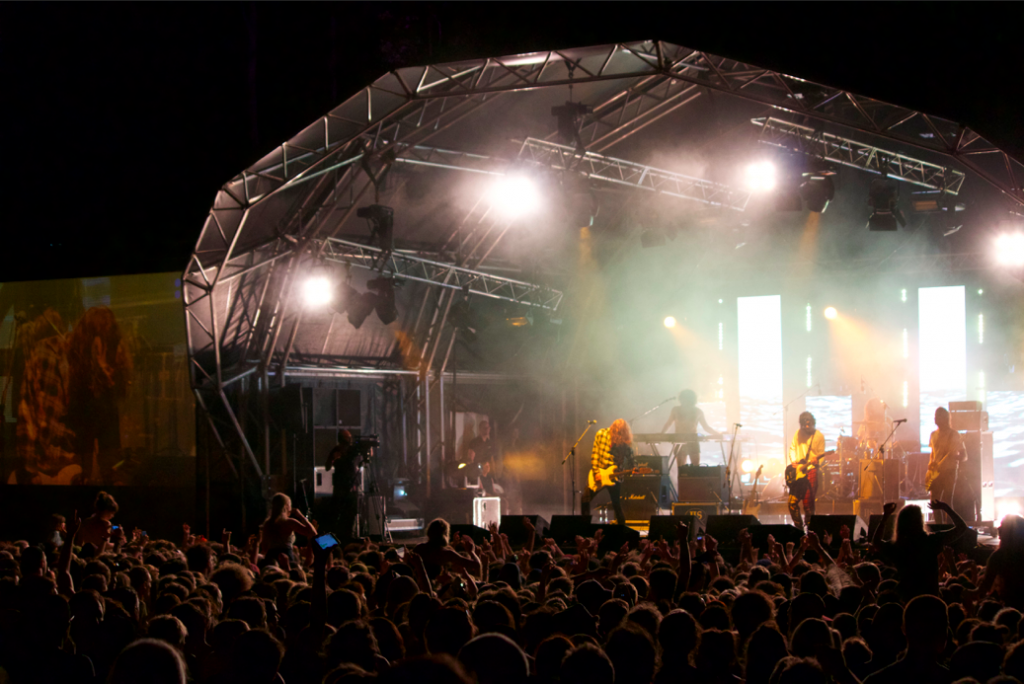 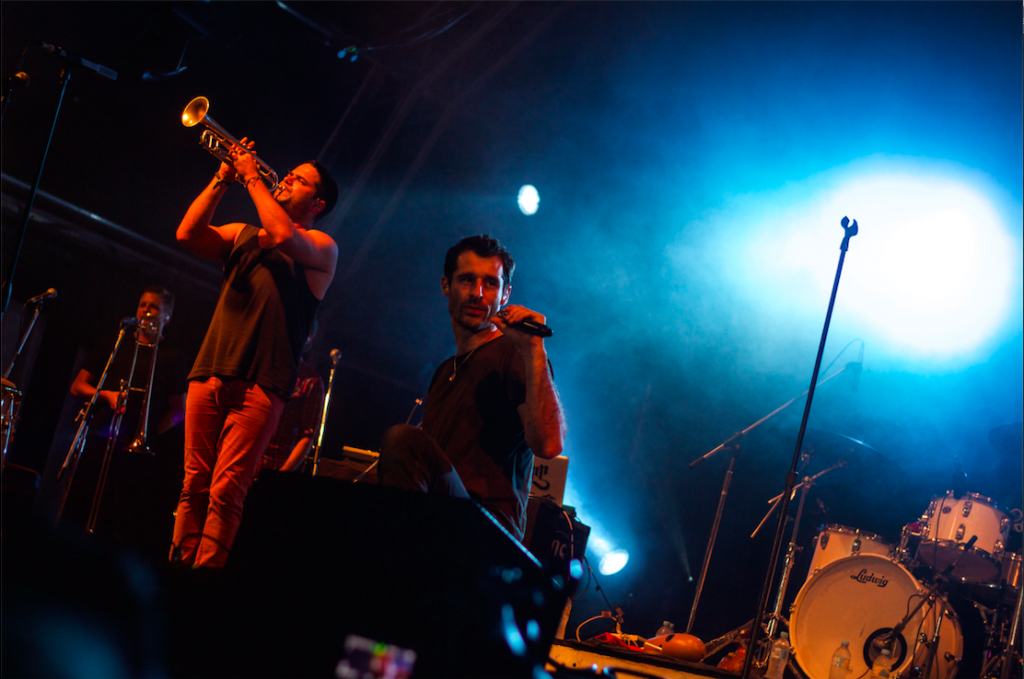 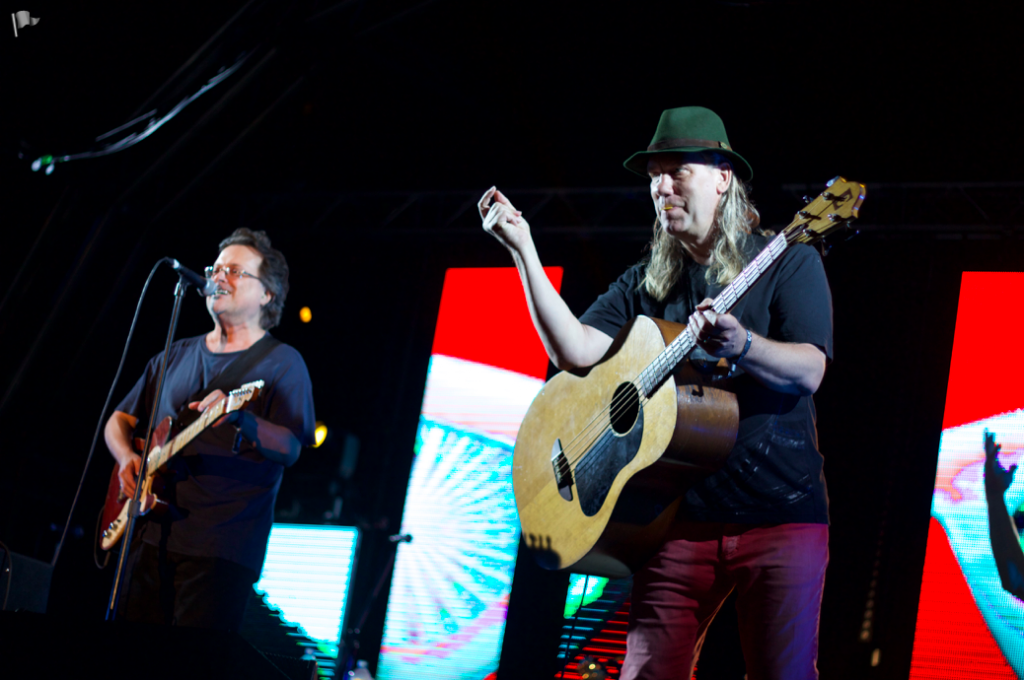 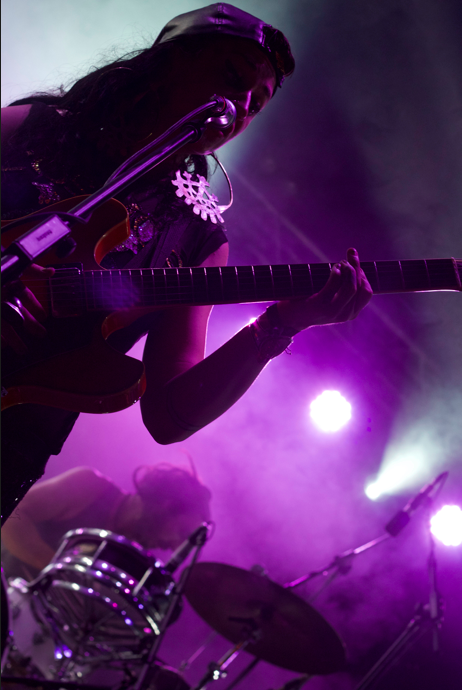 A word must also be said about the incredibly dedicated group of volunteers who manned stalls, stayed insanely long periods in perfect character as they wheeled, shambled, masqueraded and danced their way through throngs of people for hours at a time, sprayed sweaty pedestrians with water fans and answered stupid questions about things like camping wristbands.
All involved seemed to be enjoying themselves immeasurably; the success of the interactive festival long quest known as ‘The Game,’ bringing people together in the form of mostly often ridiculous dares, and the gradual trade of points, all to be cashed in at ‘The Game Centre.’ 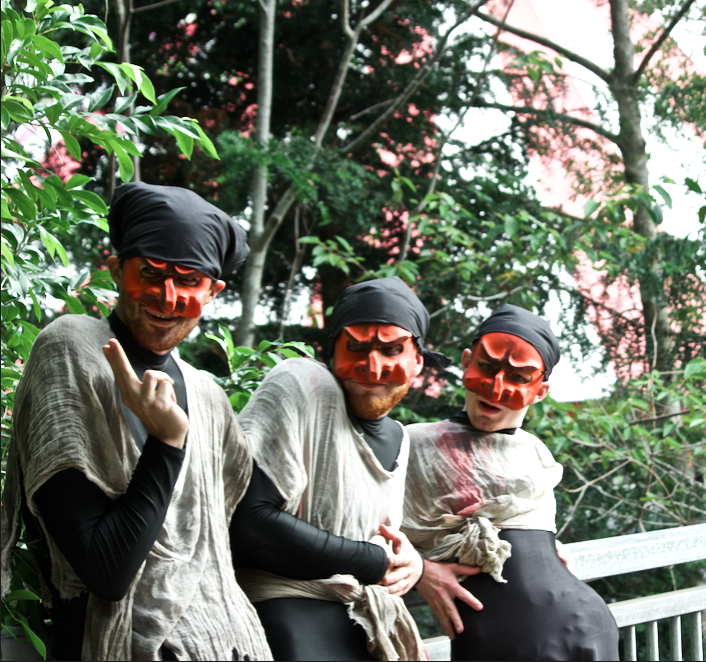 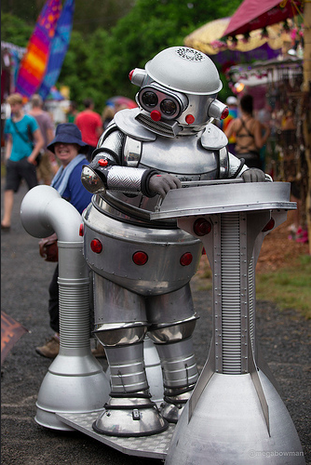 A special mention to Tubby the Robot, the honorary Emperor of WFF.Â All in all, another year gone by for a festival that remains an immovable 1st Position for Places To Spend New Years Eve.

8 Fashion Influencers You Need To Know