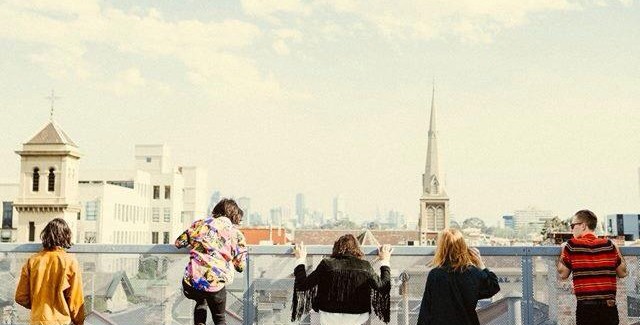 Imagine The Strokes and The Velvet Underground had a baby but it came out a little bit deformed; its name would be The Cherry Dolls. Â I caught up with Josh, the front man, the ladies man, and the only man in the band that I know personally. We had a chat. We reminisced of days when we were young.Â  When friends make cool music from the place you grew up, well you have a self-satisfying pride come over you. The Cherry Dolls newest single â€œThe Last Timeâ€ is a bloody hit. They sit between 60â€™s rock and 2015 alternative rock. Who doesnâ€™t want to be placed perfectly between nostalgia and relevance?

They are off on an east coast tour starting in a week or so, kicking things off in Joshâ€™s home arena, the Solbar (Maroochydoore). Â More details of the tour below. Here is how the chatting/tuning went down.

Josh-Tour starts 22nd May at Solbar. I’m going pretty good, how ya going? Looking forward to our Melbourne show, my two favorite Melbourne bands are playing with us so I’m hyped!

TCI- I’ve known you for a while, do you think you party harder now or when you were a teenager bashing songs out in halls on the Sunshine Coast?

Josh-Teenagers loaded on goon playing punk music? Can’t party much harder than that! Let’s not forget that dj dropping bangers.

Josh-Is this a trick question?

TCI- If you had a dream rider what would be on it?

TCI-Seriously though, there’s a few of you in the band, where do all the ideas come from? Is there a leader? Or is it a completely collaborative effort?

Josh-We all write songs/riffs/ideas by ourselves. Then bring them to rehearsal and vibe out and see what happens. Most of our songs start out as dad/cock rock, and they get changed in the studio and I end up hating them cause there not dad/cock rock!

TCI-Has anyone got a Cherry Dolls tattoo that you know of ?

Josh-I know this girl who’s a doll and she has a cherry tattoo on her. Does that count? Soo no…

TCI- Can we expect an album?

Josh-Yes, yes you can! We see off to Austin Texas soon to record our debut. Can’t fucking wait!

TCI- I’ve watched you grow in a couple of bands now, what advice would you give to people trying to make it on their own?

Josh-Stop frowning cause that 400 capacity venue you thought would be full at 8pm only has 10 people in it while you are playing. Those 10 people came to see a show and maybe just maybe one of them might become your biggest fan one day! Give em a reason to come back and bring their friends.

TCI-If you had to choose to look like a dog for the rest of today what dog would you look like?

TCI-Being a dog, do you think you might find new song writing material?

Josh-All my songs are about dogs…..

Josh-That first time you nail it with the whole band. Oh Yeahhh! What a feeling!

TCI-What’s something you want us all to know about The Cherry Dolls?

Josh-We may spit on you while on stage. But that’s an act of love. <3

Donâ€™t miss their shows on their east coast tour run. 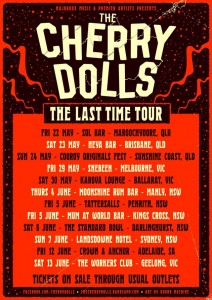 Stan vs Netflix: No Activity