One of the worldâ€™s most prestigious exhibitions, attracting over three million people each year in over one hundred locations, World Press Photo is back in Brisbane for its sixth year running.

The World Press Photo exhibition features profiles of the globeâ€™s top press photographers as a result of the annual contest drawn by leading experts in visual journalism. The prize-winning images are assembled into nine themed categories, from news to nature and portraiture photography.

This yearâ€™s contest involved 5,666 photographers from 124 countries with 103,481 pictures submitted by the mid-January deadline. If one picture says a thousand words then this exhibit is sure to give you plenty to think about, even long after you leave. 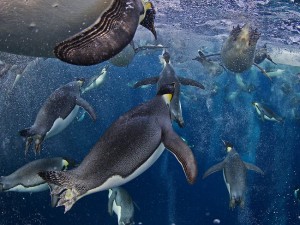 The exhibition explores everything from sports action, nature photography to haunting war zones, womenâ€™s rights and a series of daily life portraits, which offer us a rare insight to the lives of individuals around the world.

While the general gallery is suitable for a family audiences, the distressing images in the Turbine Studio have been sectioned off and recommended ages 15 and above.

The winner of the World Press Photo for 2012 was a photograph taken by Paul Hansen in November. The powerful image shows a distraught group of men carrying two dead children to a mosque in Gaza City for burial.

Australian photographers Daniel Berehulak and Chris McGrath did well, both placing third in the General News and Sports Action categories. Berehulakâ€™s series of images dealt with the aftermath of the 2011 Japanese Tsunami while McGrathâ€™s series captured the action at the 2012 London Olympics.

Finally, the raw, industrial backdrop of the Brisbane Powerhouse contributes to the atmosphere as you lose yourself in the images and stories before you. Each image capturing a moment in time whether itâ€™s violent or moving is certain to produce varied emotional responses from the viewers. 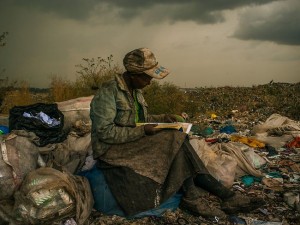 Provocative, depressing at times yet ultimately inspiring, these images bring world issues to the surface in a confronting and educational sense. While I consider myself generally well informed, itâ€™s not until you experience an exhibition such as this that you are encouraged to really open your eyes and develop a greater knowledge of the world.

The overwhelming mix of emotions I left the exhibit with made me want to run out and change the world or at the very least, for now give praise to the photojournalists who live such confronting and often dangerous lifestyles.

What: The World Press Photo exhibit

Celebrating the Winter Solstice in Brisbane