It’s official. The world’s sexiest Classical Harpist will be hitting QPAC’s stage early next week. The Creative Issue recently had a chance to talk to Xavier de Maistre about his upcoming collaboration with the Australian Brandenburg Orchestra, his time in Australia and his experiences as a performer who quit the Vienna Philharmonic about ten years ago to become a solo artist.

“Yes it will be my first time in Brisbane. It’s actually my first solo tour in Australia. I had come to Australia twelve years ago with the Vienna Philharmonic on a tour but it’s the first time I’m playing a solo tour and this will be the first time I’ll be in Brisbane.” A man “very much in love with what [he] sees so far” in our fair country Xavier has already witnessed the enthusiasm of an Aussie audience, having performed four concerts in Sydney at the time of the interview.

But what is different about Australian audiences to those elsewhere? “The crowd was really amazing, very enthusiastic, and had a great quality of listening. You know I think audiences are in a way different of course because their reaction is different, but on the other hand the music is about emotion and feeling and it’s the same everywhere. I think when you play music when it’s authentic people can feel there is something real and honest about it. 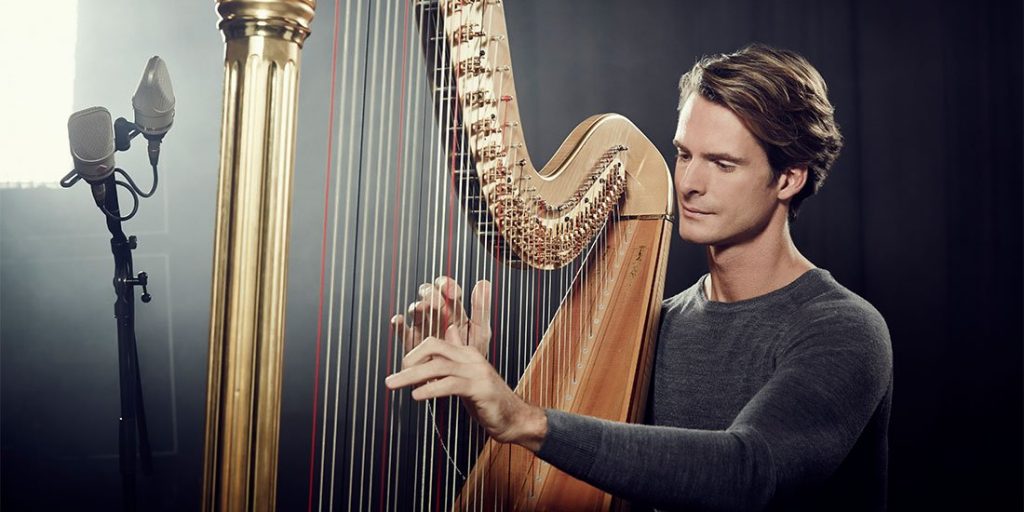 The reaction will be the same wherever you play. Of course when you go to new countries where people are not so used to Classical music sometimes you need maybe more time to get their full attention, people can be a little bit surprised, but at the end of the day I feel it’s always that there is the same way of communicating, there is no language barrier and it is what makes it universal.”

With Europe as the centre and birthplace of Baroque to Classical music one would think that the way they receive music might be different to others but it is apparently not so. “No I wouldn’t say so. I think that there is something more about me because I play an instrument that is not so common so I feel very often it’s the first time people see the harp as a solo instrument, or a full concert with the harp as a soloist. But sometimes they’re a little bit surprise and maybe amazed what is possible because they would not have expected it but I don’t think that music is received differently than in Asia or Australia for example… I think that’s quite fascinating that music is about human feeling and human emotion and everybody can feel so much preparation and to enjoy classical because of it.”

As a performer who quit ensemble playing to pursue the soloist’s path Xavier found being in an orchestra frustrating and now seeks the novel and the new in everyday which can be a challenge just as it is rewarding. So what inspires him to keep playing solo Harp? “I think the Harp is a very fascinating instrument but the problem is that you don’t have so many famous composers who have written for it so you need to expand the boundaries, you need to find new ideas which is why I arranged a lot of piano music for the harp or I motivated… composers to write for my instrument and this  is a great feeling to play this role as a pioneer and to open new door for Harpists and in general and to make the Harp well known to a broader audience…It’s about making the harp more well known to people, it’s about finding new ideas, new concepts, every second year I bring a new album and I always try to find a new theme, a new combination, a new answer. I think it’s always a big challenge to be able to find a new concept which is going to be interesting for the audience.” 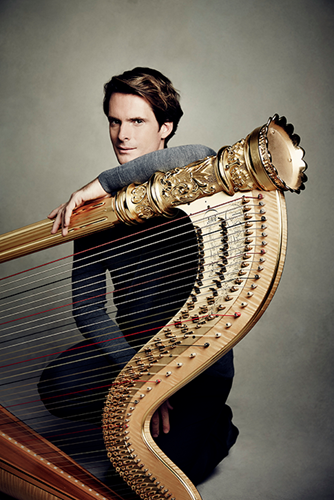 “‘Cause when you play in an orchestra you don’t have to worry about anything, you just play the parts you’ve been asked to play. So it’s not as much stress, it’s not as rewarding also and you know as a Harpist in an orchestra you have to wait most of the time because the Harp has a very little role to play and very often you wait for 95 percent of your time before playing a few notes and I felt very frustrated when I was playing in the orchestra…”

With the show already looking fascinating, Xavier imparted a little of what to expect from such a show. “It will be a very wide range of colours, of music, repertoires, it will allow the audience to discover all the possibilities of the Harp and listen to it in a Baroque repertoire, in a Romantic repertoire, and also in a Spanish, some Spanish pieces. It will be very easy to listen to but on the other hand it will be very broad range of styles because the orchestra starts with C.P.E Bach and you have some Mozart some Romantic repertoire, it’s a kind of panaché that will be very interesting to the audience…Oh it’s a very enthusiastic crowd… We all love music and are all very open and curious to discover new, to inspire ourselves and so this is always very rewarding and very interesting to work with new people because you get some new ideas, you try new things and this has been a very intense and thoughtful preparation.”

As a token broad and difficult question I asked next what defines Harp music in 2018. It was might with a little hesitation but the answer was no less thoughtful and loquacious as its predecessors. “Uhh well I think there’s still a lot to be done but on the other hand when I imagine twelve years ago everybody told me it was not possible to make a full career as a Harpist, now my last album is number three in the Classic charts in Germany and I am able to perform worldwide and I can see really a boom in people wanting to learn the Harp, even the Harp factories are…full of demand so I feel there is really something happening at the beginning of this century with the expansion of the Harp as an instrument.”

And if you think there couldn’ t possibly be more to cram into such a fulfilled life, Xavier de Maistre’s schedule doesn’t look like it’s slowing down any time soon.

“Well right after Brisbane I’m going to Spain…performing in La Coroña then I will be playing in Barcelona then after that in June I will play in Germany, Italy and France.”

What: The Harpist
Where: Concert Hall QPAC
When: May 15
Price: from $57

A Guide to Brisbane, Courtesy of WAAX