TCI sat down with Grace Hughes, better known as Yorke, as she prepares for the release of her latest single ‘Gravity’.

If you somehow missed the release of Yorke’s debut EP Liberosis earlier this year you’d better catch up quickly because this superstar is surely about to be the first name on everyone’s lips. Yorke has rapidly gained the attention of music fans, and industry critics alike, with her undeniable knack for writing pop earworms that are anything but hollow.

Adopting an artistic philosophy inclined towards collaboration ‘Gravity’ was incredibly written in a single day with pal Japanese Wallpaper. Capturing her own personal journey from teendom into young adulthood with a rawness that captivates anyone it touches, Yorke’s latest track ‘Gravity’ is a tale of doomed romance wrapped up as a slice of sophisticated alt-pop.

The Creative Issue: This year has been quite strange for everyone but you seem to be making 2020 your own. Talk us through some of what you’ve been up to?

Yorke: I started the year on a bit of a high supporting Lewis Capaldi on his run of shows. I’m very grateful that happened because that was the last show that I played. I was lucky enough to release my EP, which is really exciting, and now I’m releasing ‘Gravity’.

TCI: Rewinding back to the start for a second. Can you recall your earliest memory of music?

Y: I think so, yes [laughs]. I got my first microphone when I was four. It was green and it was flower shaped. It was very cute. I just remember making up little songs, and putting on a lot of performances of The Lion King soundtrack for my parents.

TCI: When did you decide that a life in music was what you wanted? How did you go from those, no doubt beautiful, performances of The Lion King to where you are now?

Y: I started writing songs when I was about eight. I think a lot of where I’ve ended up has come from growing up in such a creative area like Byron Bay. I entered a lot of songwriting competitions and stuff. I was lucky enough to win some recording time and some really cool opportunities came up. I released an EP back in 2014, which has since been deleted off the internet, but I think ever since then I was like “Yeah. This is cool. I can do this!”. I think the moment that I decided to really focus on it would have been the start of 2018.

TCI: So as we already mentioned you’ve already released a great collection of songs this year with your EP Liberosis, and now you’re back already with more new music. Can you tell us a little about ‘Gravity’?

Y: Yeah. So it was written with my friend Japanese Wallpaper in February. I just had this idea, I think I’d had too many coffees, and I had this idea in my brain of an alien and a human falling in love, but being unable to make it work in each other’s different worlds. I think it was just a bit of a metaphor for two very different people trying to come together.

TCI: You mentioned it was written alongside Japanese Wallpaper, and there’s been some other cool people involved with this track including Chris Walla (ex Death Cab For Cutie) and producer Hank Solo (Lil Peep, ALMA). How did all of these partnerships come together?

Y: It was all pretty organic. I was in a session with Japanese Wallpaper and we were working on a few different songs. When we decided that ‘Gravity’ was “the one” I started looking for producers that I could imagine taking it to the next level. I’m a huge fan of Swedish and Finnish pop and Hank Solo’s name came up. So we sent it to him and when it came back I was just so blown away. It sort of took the best elements of Japanese Wallpaper and added a little bit of magic which was really cool. Then Chris Walla, amazing guy, he really got super involved in the process. He’s actually Japanese Wallpaper’s hero [laughs], so Gab/Japanese Wallpaper was freaking out which was really exciting to watch. But yeah, Chris mixed the song. He didn’t know what it was about but he felt really connected to the story. He made up his own story, in his mind, of what the song was about, and then mixed the song to the story that he had created. So, yeah, there was a lot of emotion and feeling behind even the mixing process, which was so beautiful. 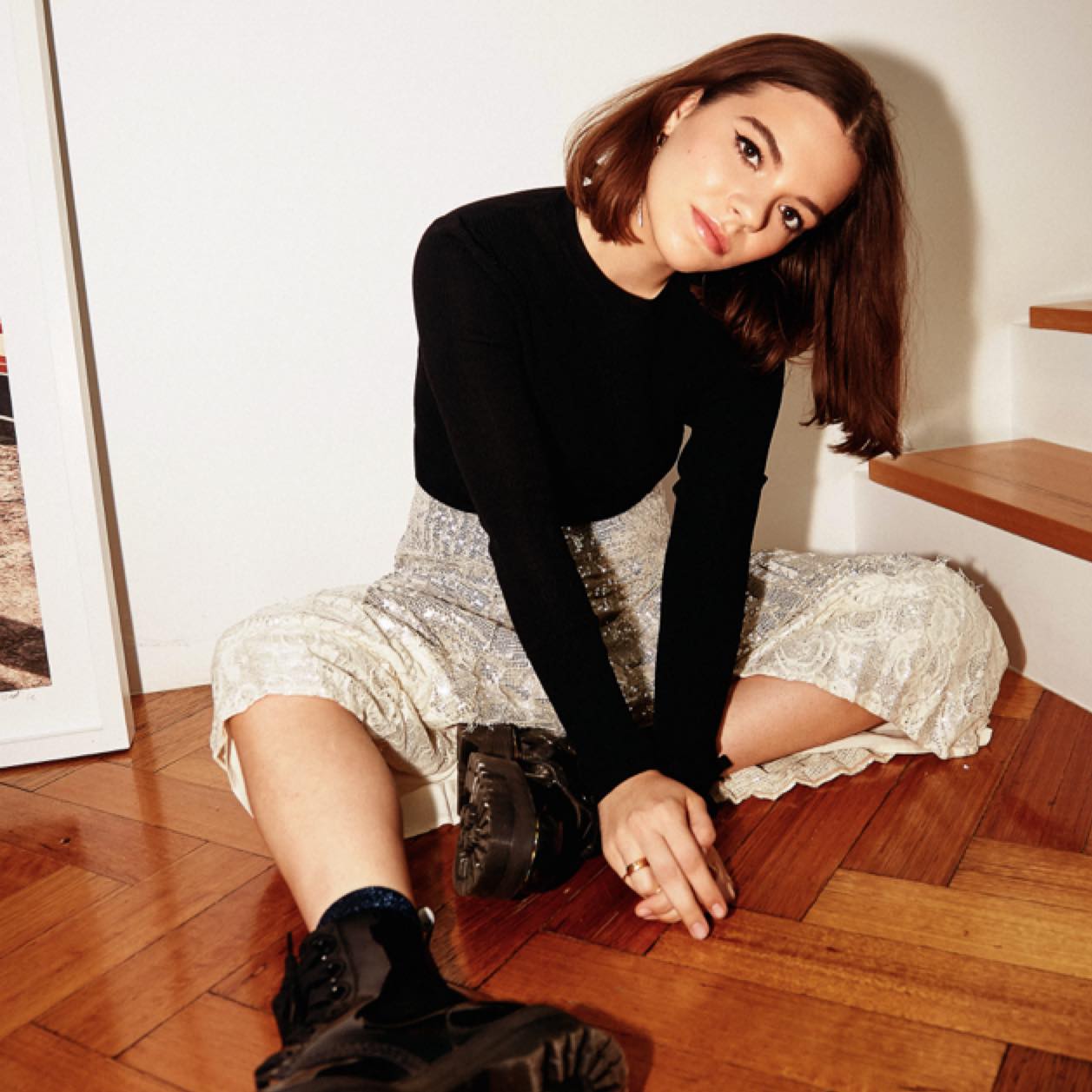 TCI: You mentioned earlier your love for pop from different parts of the world. What was your sonic inspiration for ‘Gravity’?

Y: I guess I try to have heaps of different influences. I think at the time I was listening to Bleachers a lot, you know, Jack Antonoff’s band, and a lot of Carly Rae Jepsen. What else…honestly there was so much that I was listening to at the time. I think that my philosophy is to create a song that has the elements of what a Yorke track would be rather than taking a lot of influences from other people.

TCI: If you could collaborate with anyone, past or present, who would you love to work with most?

TCI: That was very quick. You’ve clearly thought about this before.

Y: I definitely have. I was thinking about this this morning whilst listening to Taylor Swift’s new album. He has remarkable talent. Everything he touches is amazing. So yeah, I would definitely kill to work with him.

TCI: Well hopefully one day I’ll be speaking to you ahead of the release of that collab!

TCI: Keeping with music you love and your inspiration. Are there any songs you can’t stop listening to right now?

Y: The new Taylor Swift album for sure. It’s all I’m listening to at the moment. It’s incredible.

TCI: I’m pretty sure half the world has that album on loop at the minute.

TCI: It’s a little tricky to make plans right now, but, what have you got planned for the rest of the year. We noticed you’ve got a few tour shows pencilled in?

Y: Yeah fingers crossed. We’re just playing it by ear and seeing what happens, because obviously the situation is changing every day. But hopefully I can do a little tour at some point soon. Apart from that hopefully some new music. I’m just keeping on writing, and I’ve been doing a lot of sessions via Zoom which has been keeping me busy. So hopefully a lot more of that. We’ll see what else happens, who knows, it’s hard to make plans right now.

‘My Oh My’ Release Debut with Tyla Jane